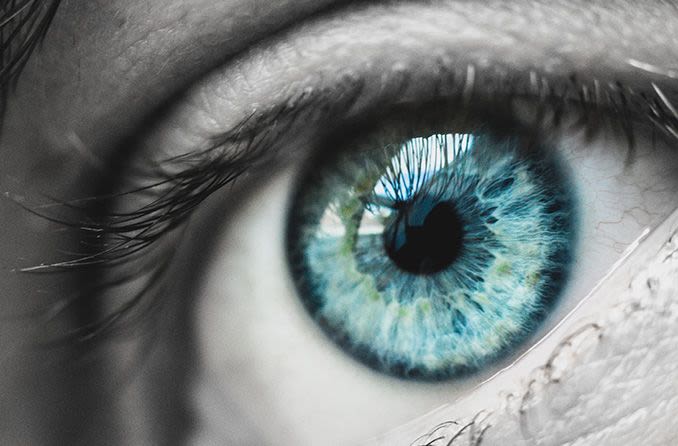 Most of us are familiar with pink eye (conjunctivitis), cataracts and other common eye conditions. But what about rare eye diseases that seem more likely to be problems out of a science-fiction novel than actual medical conditions?

Read on to discover four rare, peculiar eye diseases and details on what causes them and how they affect their hosts.

Bleeding from the eyes sounds unsettling and unreal, but it’s a legitimate condition and, though the symptom is spooky, it’s relatively harmless.

In most recorded cases, subjects with haemolacria don’t need to be crying for bleeding to occur — it starts and stops without warning and varies in frequency and duration. Most cases of haemolacria are not painful and resolve on their own.

SEE RELATED: What to do when eye doctors can't find a diagnosis

Why would someone bleed from their eyes?

Approximately 30% of modern cases have been ruled as idiopathic. This means the bloody tears occur sporadically and have no known cause.

Cases of haemolacria have been recorded in subjects as diverse as a 4-month-old baby girl and a 52-year-old man, with occurrences spanning across the world. This kind of diversity in patients makes the cause difficult to pinpoint and treatment a shot in the dark.

In a 2015 case study, a 16-year-old girl’s “bloody tears” eventually indicated an underlying mental illness. She was admitted to the hospital because she’d claimed to be bleeding from her eyes.

Further investigation found the bloody tears were being staged by the girl who suffered from Munchausen Syndrome. Subjects with this condition create false trauma or illness to gain attention, sympathy or some psychological satisfaction.

Actual haemolacria occurrences that result from an underlying condition are often attributed to:

UNUSUAL, UNEXPLAINED EYE OR VISION SYMPTOMS? Find an eye doctor near you and get answers.

Cat eye syndrome (Schmid-Fraccaro syndrome) is a congenital disorder that affects anywhere from 1 in 50,000 to 1 in 150,000 people and is the result of a chromosomal defect.

To be diagnosed with cat eye syndrome means that your cells (which carry your 23-paired chromosomes) have some excess genetic material from chromosome 22.

A telltale sign of cat eye syndrome is coloboma of the iris — a hole or gap in the colored part of the eye that appears as a black notch on the edge of the pupil. The oddly shaped pupil often splits the iris, giving the effect of a cat’s eye.

This glitch in genetics can result in a number of defects that range from mild to life threatening. A few of these include:

The prognosis for those with cat eye syndrome depends on the severity of symptoms.

Support and awareness groups like Cat Eye Syndrome International are excellent resources for patients and families to learn more about the disease and build a sense of community.

With normal eyesight, your brain has to do very little work to create images because your eyes constantly send it information. When your vision declines — either gradually or suddenly — your brain is no longer getting the same, if any, information from your eyes.

Because of this, your brain will start creating its own images to fill in the gaps. These images are pulled from the brain’s archive of images and memories, so hallucinations can consist of pretty much anything.

Hallucinating is often associated with mental illness, but it’s important to emphasize that those with Charles Bonnet syndrome are not mentally ill. People who hallucinate due to a mental illness are often consumed by the hallucination — they see, hear and feel things that support the image they’re seeing, and they believe it’s real.

Those with Charles Bonnet syndrome only experience visual hallucinations and are fully aware that what they’re seeing is not real, but rather a part of the condition.

Unfortunately there is no treatment for this condition and hallucinations may never go away.

Resources like the Charles Bonnet Syndrome Foundation and various support groups are available to help ease the fear or anxiety that patients may feel while adjusting to their new normal.

Polycoria: Multiple pupils in the eye

Polycoria exists when two or more pupils are present in an eye. The defect consists of two types:

In true polycoria, when part of the iris splits the pupil into smaller parts, it affects how much light is let into the eye and leads to dim, blurred vision. True polycoria is very rare; between 1966 and 2002, only two cases were reported.

Polycoria is usually a result of abnormal eye development associated with iris atrophy and hereditary or genetic disorders, like Axenfeld-Rieger syndrome and Iridocorneal Endothelial syndrome.

In severe cases of true Polycoria, a surgical procedure called pupilloplasty can be performed in which the iris bridge separating the pupils is removed and better vision is restored.

Is there a disease that causes purple eyes?