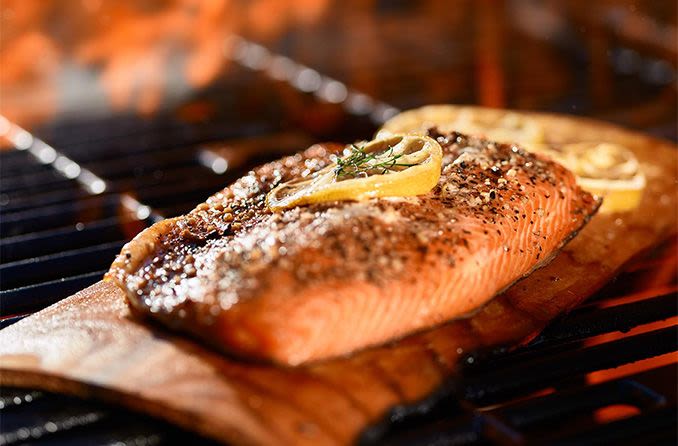 It might sound strange, but fat is crucial to your health. Without fat, your body can't work properly.

Without “good fats” like omega-3 in your diet, your eye health may suffer too.

Omega-3s and omega-6s are both essential fatty acids. While omega-6 foods are often tagged as being unhealthy, that might actually be a bit misleading. But they still need to be balanced with their omega-3 counterparts.

Studies show, however, that it’s omega-3 that may offer the most benefit for your eyes.

When an essential fatty acid becomes a household name, it must be important.

The National Institutes of Health (NIH) has data to suggest omega-3s may have a positive impact on the following conditions:

Omega-3s come in three forms: ALA, DHA and EPA. Studies suggest that our eyes may benefit most from a diet high in fish-friendly EPA and DHA — especially DHA.

In one study, participants who ate oily fish — a great source of DHA and EPA — at least once per week had half the risk of developing wet macular degeneration, compared to those who ate fish less than once per week.

Macular degeneration is a condition that causes gradual vision loss in the center of your field of view.

A National Eye Institute study, which used data from the Age-Related Eye Disease Study (AREDS), found that the participants who reported the highest level of omega-3 fatty acids in their diet were 30% less likely than their peers to develop macular degeneration over a 12-year period.

In 2013, the Institute published results of a follow-up to the original AREDS study called AREDS2. The study surprisingly showed that participants who supplemented their diet with 1,000 mg of omega-3s daily (350 mg DHA, 650 mg EPA) did not show a lower risk for macular degeneration over five years.

These findings could suggest that omega-3s are more effective at reducing the risk of age-related eye diseases when you get them through food, instead of a nutritional supplement.

Also, a healthy diet containing plenty of omega-3s along with other important nutrients consumed over a person's lifetime is likely more protective than taking nutritional supplements for a five-year period.

Omega-3 has also been found to reduce the risk of dry eye syndrome.

In a study of more than 32,000 women between the ages of 45 and 84, those with the highest ratio of omega-6s to omega-3s in their diet (15-to-1 ratio) had a significantly higher risk of developing dry eye syndrome, compared with the women with the lowest ratio (4-to-1 ratio or less).

The study also found that the women who ate at least two servings of tuna per week had far less risk of dry eye than women who ate one or fewer servings per week.

Essential fatty acids may also help the fluid inside the eye drain properly and lower the risk of glaucoma, which can happen when inner eye pressure is too high.

During one study, rats were fed a combination of safflower, flaxseed and tuna oils — all high in omega-3s. The results showed that the diet helped regulate the outflow of the eye’s inner fluid, a critical part of preventing high eye pressure and, eventually, glaucoma.

Omega-3s and vision development in babies

DHA and other omega-3s are found in maternal breast milk and are also added to some infant formulas.

According to a Pediatrics journal analysis of studies conducted by the Harvard School of Public Health, the authors found that healthy preterm infants who were fed DHA-supplemented formula showed significantly better visual acuity (sharpness) at 2 and 4 months of age, when compared with similar infants who were fed formula without the omega-3 supplement.

Adequate amounts of DHA and other omega-3s in the diet of pregnant women also appear to be important in normal infant vision development.

Both omega-3 and omega-6 fatty acids play a role in your health, but it’s important to keep the two balanced.

Most experts believe the ratio of omega-6 to omega-3 fatty acids in a healthy diet should be 4-to-1 or lower.

This imbalance of omega-3s (good) and omega-6s (not as good) appears to contribute to a higher risk of serious health problems, such as heart disease, cancer, asthma, arthritis and depression.

Note that, while there are several great vegetarian sources of omega-3, your body can’t process their ALA fatty acids as easily as the EPA and DHA versions of omega-3 found in fish.

Adding more fish to your diet

Cold-water fish are usually high in both DHA and EPA.

If you have the option, wild-caught fish are often better than "farmed" fish, which tend to have higher levels of pollutants and chemicals in their meat.

Which fish are high in omega-3?

One type of fish can have many times higher omega-3 content than another type. To maximize these fatty acids, look for the following fish:

Trans fats make it harder for the body to absorb omega-3. They may contribute to a number of serious diseases, including cancer, heart disease, atherosclerosis (hardening of the arteries), high blood pressure, diabetes, obesity and arthritis.

Currently, there is no Recommended Dietary Allowance (RDA) for omega-3 fatty acids. But according to the American Heart Association, research suggests daily intakes of DHA and EPA (combined) ranging from 0.5 to 1.8 grams may significantly reduce cardiac risks.

For ALA, daily intakes of 1.5 to 3 grams seem to be beneficial.

What about omega-3 supplements? 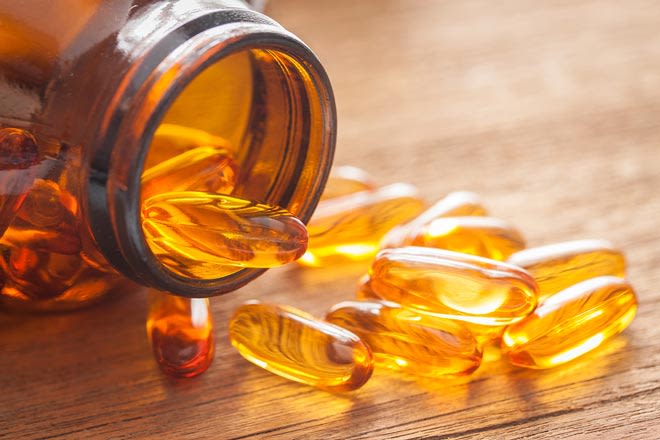 It’s no secret that Americans love taking supplements, and omega-3 supplements are one of the most popular choices, according to the Council for Responsible Nutrition.

If you aren't a fish lover, another way to make sure your diet contains enough omega-3 is through fish oil supplements. These are available in capsule and liquid form, and many varieties feature a "non-fishy,” or even minty taste.

But is popping a fish oil capsule really the same as a fresh serving of Atlantic salmon?

That’s hard to say and depends on the person, according to Dr. Howard LeWine at Harvard Health Publishing.

The AREDS2 study mentioned earlier also suggested that supplements weren’t very effective at preventing macular degeneration, but it’s difficult to know how supplements will affect other conditions until more research is done.

What we do know, however, is that eating fish offers all kinds of naturally occurring vitamins and minerals too, such as vitamin D, calcium, iron, zinc, magnesium, and more.

If you’re considering taking omega-3 supplements for any reason, talk to your doctor. These supplements can increase the risk of bleeding, in addition to other potential effects.

Your doctor can help you weigh the risks and rewards of adding a supplement like fish oil or flaxseed oil to your daily routine.

For potentially better eye health — and a host of other health benefits — try experimenting with a few simple changes to your diet:

Choosing a healthy diet that includes a variety of foods with plenty of omega-3 fatty acids and limiting your intake of omega-6 fatty acids will boost your odds of experiencing a lifetime of full vision and vibrant health.