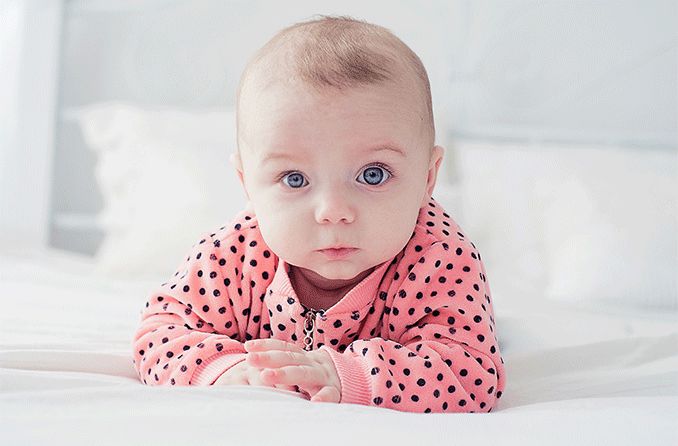 Microphthalmia is a congenital (present at birth) defect identified by the unusual smallness of one (unilateral) or both (bilateral) eyeballs. While in the uterus, the eyeballs of the baby fail to grow or form correctly, resulting in limited or severe loss of vision, or even blindness.

With simple cases, small eyeballs are anatomically intact, meaning all parts of the eye are present and functioning properly. Normal vision is possible if the eyes are slightly smaller than normal. In complex cases, small eyeballs are associated with other eye abnormalities, such as cataracts, coloboma and ptosis. Vision may be impaired due to this malformation and its accompanying conditions.

According to MedlinePlus, microphthalmia occurs in 1 in 10,000 births. Also called "small eye syndrome," it may be caused by genetics, although risk factors may also contribute to this birth defect.

It's important to note that between a third and a half of all those with microphthalmia have it as part of a syndrome and that the treatments for syndromic and non-syndromic are handled in different ways.

Here are the main characteristics of each:

Microphthalmia is often confused with anophthalmia. Both are birth defects that affect the eyes, but they’re not the same.

With microphthalmia, one or both eyeballs don't grow to full size. It may seem as if the eyeball is completely missing from the socket, but on closer inspection, it still has some eye tissue remaining, thus the "small eye" appearance. How the eyeball will function in terms of vision depends on the severity of the microphthalmia.

Anophthalmia, on the other hand, occurs when one or both eyeballs don’t form at all and are absent. Upon inspection, there may be some residual tissue, but formation of the eyeball during fetal development either completely stopped, degenerated or did not occur at all. Babies born with anophthalmia are blind.

Causes and risk factors of microphthalmia

The exact cause of microphthalmia is difficult, if not impossible, to identify. Microphthalmia may be attributed to genetics. However, research on birth defects as it relates to gene or chromosomal anomalies is so inconclusive that pinpointing an obvious genetic cause is not possible.

Is there a cure for microphthalmia?

There's no cure for microphthalmia since new eyes cannot be created, even with all the remarkable advances in medical science.

Just like other organs in the body (with the exception of the liver and skin), eyes can't be regenerated after birth — while they do have the capability of repairing themselves after trauma, injury or disease, but they cannot regrow themselves.

While there's no way to prevent or fully correct this birth defect, there are surgeries available for treating eye abnormalities that may be present alongside microphthalmia. These eye abnormalities include but are not limited to:

In addition to surgeries related to associated eye abnormalities, another option is available for those with microphthalmia — the artificial (prosthetic) eye.

Prosthetic eyes as a treatment for microphthalmia

A prosthetic eye (commonly referred to as "fake eye" or "glass eye") takes the place of a missing eyeball and is designed to fit over an orbital (eye socket) implant like a shell.

Cosmetically, it improves appearance by giving the face symmetry and a natural look, especially when painted with an iris and pupil. While a prosthetic eye doesn't return vision, it can function like a real eye in terms of blinking, watering and movement.

Newborns or very young children have their own type of prosthetic eye called a conformer. It's inserted to promote and encourage orbital growth, since the bones around the eyes are still forming. With it, the health of underlying tissue can be tracked and monitored. Conformers allow for expansion from growth by being changed out frequently as the child gets older.

Some things to discuss with an ocularist (a professional who make prosthetic eyes) and an eye surgeon can be:

Microphthalmia can be emotionally traumatic for the baby's parents, families and others — especially given that there's no cure. In addition to treatment, many support, counselling and advocacy groups are available to provide education, resources and answers to questions related to vision impairment and blindness.

As with other birth defects, early diagnosis and treatment are imperative. After birth, it's important to consult with a pediatrician or book an eye exam with an ophthalmologist or eye doctor.

READ NEXT: Your infant's vision development: What to know