Sanpaku eyes: Meaning, psychology and how to tell if you have them 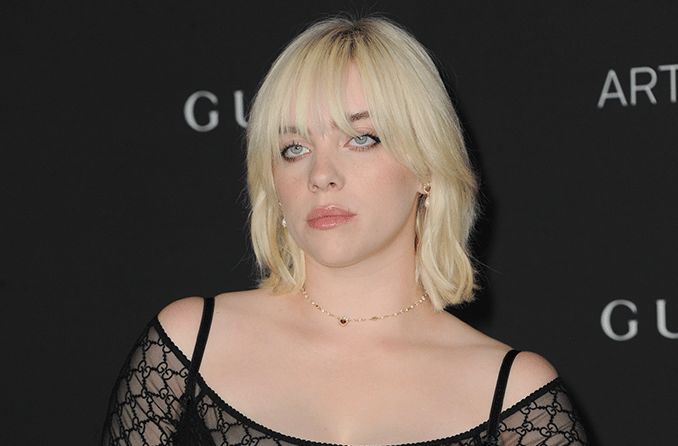 What are sanpaku eyes?

The term “sanpaku eyes” gets its name from the Japanese language. It means “three whites” and refers to more of the white of the eye showing either above or below the iris. In Western medicine, sanpaku eyes is known as scleral show, which can be merely a cosmetic feature or occur after blepharoplasty.

When looking at your own eyes in a mirror or reflection, chances are you’ll see the pupil and iris in the middle and the whites (sclera) on either side. The position of the iris and pupil can change as you look in different directions or “roll” your eyes up or down. But generally, this is how the eyes appear.

Sanpaku refers to eyes that have more scleral visibility. This can mean that more white is visible above or below the iris.

The term “sanpaku eyes” has roots in Japanese face reading. Face reading is a type of physiognomy. Physiognomy is the practice of describing someone’s character or personality based on their physical appearance. It generally applies to the features of the face specifically.

In Western medicine, a more accepted term for sanpaku eyes is “scleral show.” Sanpaku eyes and scleral show describe the same type of eye appearance. But they carry different meanings in their respective contexts.

While sanpaku eyes are often associated with Japanese face reading or psychological implications, scleral show describes a natural eye appearance or may be due to aging, disease, injury or a complication after blepharoplasty.

FURTHER READING: Eye anatomy: A closer look at the parts of the eye

What is scleral show?

Scleral show is a medical term that describes sclera (white of the eye) visibility above or below the iris. It is an anatomical condition that can occur due to heredity, hormones, trauma or aging as the bones shift and change shape. Lower scleral show can also be a complication of blepharoplasty (eyelid lift).

Lower scleral show, also called inferior scleral show, can produce a wide-eyed appearance or make the eyes look bigger. Even though this is considered a complication in the context of blepharoplasty, lower scleral show can be a desired look for some. This is likely due to cultural standards of beauty or cultural and physiological implications.

What does having sanpaku eyes, or scleral show, mean?

The psychological implications of sanpaku eyes are drawn from Japanese physiognomy, or face reading. Face reading is an art form that holds a great deal of significance in Japanese culture and other Eastern cultures.

However, it’s important to note that psychological assessments of sanpaku eyes are rooted in superstition. In reality, scleral show is simply inherited or can be the result of aging, injury or disease.

Scleral show may also be caused by complications from blepharoplasty (eyelid lift surgery). If this complication arises, it can be corrected with medical treatment, such as hyaluronic acid dermal fillers.

Cooperative eye hypothesis is a suggested evolutionary explanation for the appearance of the human eye. It asserts that our eyes developed with their distinctive appearance to make glance-based communication easier. One of the features of our eyes that especially stands out is the sclera.

The sclera is white because it is devoid of pigment. According to the cooperative eye hypothesis, the white of the sclera helps the other eye features (the iris and pupil) be more distinct. Allegedly, this allows us to more easily follow glances and see where people are looking when communicating.

Even though it is not universally agreed upon, the cooperative eye hypothesis still serves as a possible explanation for the appearance of the human eye.

In July of 1987, a study was done to measure the degree of scleral show in a sample of the population. The patients were randomly selected to participate at a plastic surgery clinic. A questionnaire was given to assess age, sex, race and overall health. The participants then underwent scleral show measurements.

To perform the measurements, a headband goniometer (a device used to measure angles) was placed on each participant’s head. The head was then angled between 0 and -35 degrees as their eyes remained fixed on a certain point.

The results of the study concluded that inferior scleral show was a relatively common finding.

There were 100 participants in the assessment. However, all of the participants were Caucasian. This means that the study can only accurately reflect a percentage of the Caucasian population.

Do any famous people have sanpaku eyes?

Sanpaku eyes first gained attention in Western culture when the face reading technique was used to assess American president John F. Kennedy, who has noticeable scleral show in some photographs.

Since sanpaku eyes are not rare, there are many celebrities and noncelebrities alike with this distinct eye appearance. Some celebrities who have noticeable scleral show, based on pictures, include:

Should I see an eye doctor for sanpaku eyes or scleral show?

Generally speaking, scleral show or sanpaku eyes, is not a medical condition that implies any underlying issues or needs correction. However, when scleral show is caused by blepharoplasty complications, trauma or aging, you may desire corrective medical care.

If you’re interested in having your sanpaku eyes (scleral show) “corrected” with medical treatment, you should speak to an ophthalmologist to receive an evaluation.

Sanpaku. A Dictionary of Japanese Loanwords. 1997.

The incidence and degree of scleral show in the normal population. Plastic and Reconstructive Surgery. July 1987.

Oculus sinister! Eye superstitions from around the world. Medscape. October 2016.

These 13 celebrities have all had LASIK eye surgery

How do you know your eye shape?