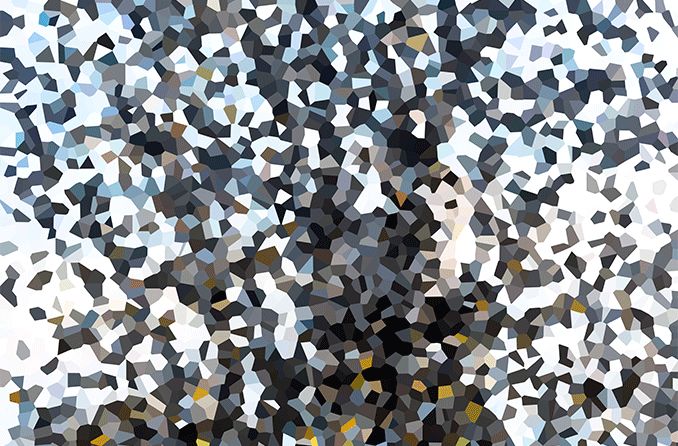 Charles Bonnet (pronounced bo-NAY) syndrome is a condition in which people who have partially or fully lost their sight will see things that aren’t real (hallucinations). This can occur as the brain tries to process deteriorating sight.

The phenomenon commonly affects the elderly, as they’re the most likely to have age-related, sight-threatening conditions.

Though it is considered a rare condition in general, Charles Bonnet syndrome (CBS) is actually quite common among those who’ve lost their eyesight.

Charles Bonnet syndrome occurs when the brain starts creating its own images to compensate for a lack of images being produced by the eyes. These images are referred to as hallucinations.

Though hallucinations are rarely threatening or aggressive, it can be startling when they first occur as they typically appear out of nowhere. They may last for just a few minutes or up to several hours.

CBS hallucinations mostly consist of geometric shapes or patterns, though it’s possible for them to appear as complex, detailed objects. Hallucinations may involve movement or they may be still.

Geometric shapes or patterns may appear in vibrant colors and can cover the entire field of vision, like a filter that lays on top of whatever the person is seeing. More detailed hallucinations may consist of places or landscapes, people, animals and insects.

Interestingly, people with CBS don’t typically hallucinate about people they know or about their past experiences.

Vision does not have to be completely gone in order for this phenomenon to occur. For instance, people with macular degeneration may lose the ability to see another person’s face, but they will see a butterfly resting on their shoulder.

Usually, when people have hallucinations, it’s linked to an underlying mental illness. However, it’s important to understand that neither Charles Bonnet syndrome, nor its associated hallucinations, are a sign of an unbalanced mind.

Unlike with other hallucinatory scenarios, CBS hallucinations do not involve sounds, smells or other sensations — only vision. Also, people with CBS are fully aware that what they see is a symptom of the condition and is not real.

The exact cause of Charles Bonnet syndrome isn’t clearly understood. It’s suspected that once vision is lost or severely deteriorated, the brain continues to interpret and play with images stored to its memory.

In an eye with full vision, light enters the eye and focuses on the retina, which uses the light to create visual messages. The messages are then sent to the brain, via the optic nerve, and the image is registered and recognized.

This process is happening constantly, with our eyes continually taking in images and sending them to the brain. When vision is lost — especially when it happens rapidly, like after having a stroke — the brain no longer receives visual information from the eyes.

Without new visual stimuli, the brain compensates by using images it already has, or by creating new ones using other stored information. This results in the seemingly random hallucinations projected at irregular times.

It’s very possible for someone to have one or more of these risk factors and not ever experience hallucinations associated with CBS.

The primary symptom associated with CBS is observing visual hallucinations. Many people with CBS claim the hallucinations are most common shortly after they wake up from sleeping.

Hallucinations may appear multiple times throughout the day and can last a few seconds to several hours. Though hallucinations are often unique to each person experiencing them, there are some common types reported, including:

Hallucinations can appear in vibrant color or in black and white. They may also involve movement or remain fixed.

SEE RELATED: Rare eye diseases: What causes them and how are they treated?

There is no cure for CBS. However, there are a few practices you can try that may help you adapt to and manage the condition:

If you have only partial vision loss, it’s important to continue with your regular eye exams and to wear any corrective lenses to maintain your existing eyesight.

Because there is no cure, it’s possible for hallucinations associated with CBS to recur throughout the rest of your life. Luckily, patients grow familiar with the hallucinations over time and can manage them more easily.

In many cases, hallucinations reduce in frequency over time and eventually stop after a year or two.

If you begin to experience hallucinations — whether they’re caused by vision loss or not — it’s  important that you discuss them with your doctor. Many people who see hallucinations do not report them to their doctors out of fear or shame of being labeled mentally unstable.

Hallucinations related to CBS can be recognized and diagnosed by your doctor, which helps to alleviate stress and stigma. Your doctor can also suggest management techniques and support groups that provide a community for individuals with CBS and their families.

If your hallucinations are not vision-related, there is still no shame in seeking help. Your doctor can evaluate your symptoms and experiences to prescribe the proper treatment and restore your peace of mind.