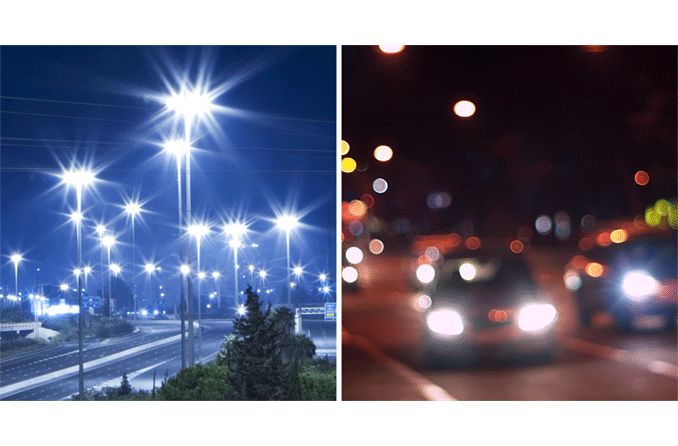 LASIK and other types of laser eye surgery, such as PRK and LASEK, have excellent safety profiles and very high success rates. They are designed to treat myopia (nearsightedness), hyperopia (farsightedness) and astigmatism, and can allow you to live without glasses or contacts.

Sight-threatening complications such as significant loss of vision from LASIK surgery are extremely rare, and many side effects and laser eye surgery complications can be resolved with additional surgery or medical treatment.

Like any other surgery, however, there are potential risks, side effects and limitations you should be fully aware of before electing to undergo the procedure (or any type of procedure, for that matter). Choosing a skilled and experienced LASIK eye surgeon can help reduce these risks and enable you to achieve the best possible results from laser eye surgery.

The first step is to determine if you are a good candidate for vision correction surgery. Your eye doctor will perform a thorough diagnostic eye exam to determine your suitability for LASIK surgery. He or she will evaluate: the shape and thickness of your cornea; your refractive errors and pupil size; the moistness of your eyes (to check for dry eye syndrome); your general health and medical history; and any medications you are taking.

Even if you are not a good candidate for LASIK, don't worry — you might still be able to have your vision fixed with other vision correction surgery such as PRK, LASEK or implantable lenses.

Not everyone is a suitable candidate for LASIK eye surgery. Certain conditions and anatomical factors can increase your risk of an undesirable outcome or limit optimal LASIK results. These include:

For a full checklist on LASIK risk factors and whether or not you are an appropriate candidate, read our LASIK Criteria for Success.

LASIK Side Effects And Complications

Millions of Americans have had LASIK eye surgery to correct their vision since it was introduced in the United States more than 20 years ago, and experienced LASIK surgeons report that serious complication rates can be held below 1 percent.

Common LASIK complications and side effects are listed below. Most of these problems can be resolved with medical treatment or additional "enhancement" surgery.

Temporary discomfort and vision disturbances. Discomfort during the first few days following LASIK surgery, such as mild irritation and light sensitivity, is normal and to be expected. During the first few weeks or months you also may experience: halos; glare and starbursts in low-light environments, especially at night; dry eye symptoms; hazy vision; and reduced sharpness of vision. In the vast majority of cases, these problems are temporary and disappear completely within three to six months.

Flap complications. The LASIK procedure involves the creation of a thin hinged flap on the front surface of the cornea. This is lifted during surgery for laser reshaping of the eye. The flap is then replaced to form a natural bandage.

If the LASIK flap is not made correctly, it may fail to adhere properly to the eye's surface or microscopic wrinkles called striae (STRIE-ee) could develop in the flap. These flap complications can cause optical aberrations and distorted vision.

Again, remember that you can reduce your risk of LASIK complications by choosing a reputable, experienced eye surgeon.

Some problems associated with LASIK flap complications include: 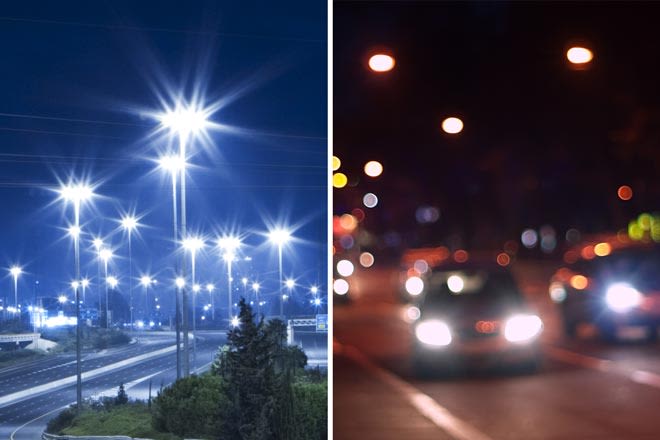 Left: What someone with post-op starbursts might see at night. Right: Nighttime halos.

Dry eyes after LASIK. Some people who have LASIK surgery experience a decrease in tear production that can cause eye discomfort and blurred vision. Almost half of all LASIK patients experience some degree of temporary dry eye syndrome, according to the April 2006 issue of American Journal of Ophthalmology.

Dry eye syndrome after LASIK surgery usually is temporary and can be effectively treated with lubricating eye drops or other measures.

Dry eye problems usually disappear when healing of the eye is complete, which can take up to six months. People who already have severe dry eye usually are eliminated as LASIK candidates.

Significant undercorrection, overcorrection or regression. Not everyone will achieve 20/20 vision after LASIK eye surgery, and contact lenses or eyeglasses for some or all activities may still be required in rare cases. If the laser removes too much or too little corneal tissue, or your eye's healing response is not typical, your visual outcome will be less than optimal.

In most cases, a significant undercorrection or regression can be successfully treated with additional laser vision correction after your surgeon confirms your residual refractive error is stable.

Eye infection. Infections rarely occur after LASIK. Because the corneal flap acts as a natural bandage, eye infections occur less frequently after LASIK than after flap-free corneal refractive procedures like PRK. Still, it is very important to use medicated eye drops as directed after your LASIK procedure to avoid infection and control inflammation as your eyes heal.

How Common Are LASIK Complications?

The safety and effectiveness of LASIK surgery continues to improve, thanks to increasingly sophisticated technology, surgical skill and optimal patient selection.

Complications generally were more common in the early years of LASIK, when studies in the late 1990s indicated that up to 5 percent of people undergoing laser vision correction experienced some type of problem. These days, this number is under 1 percent for serious complications.

A worldwide review of LASIK published in 2009 showed that more than 95 percent of people who had LASIK surgery between 1995 and 2003 were satisfied with their outcome.

Public confidence in LASIK has grown in recent years due to the solid success rate of LASIK surgery outcomes. The U.S. military also has adopted widespread use of laser eye surgery to decrease reliance of troops on corrective eyewear. As of 2008, more than 224,000 military personnel had undergone laser vision correction. Since the procedure first was introduced in the military in 2000, researchers have conducted more than 45 studies regarding safety and effectiveness of LASIK and other procedures.

LASIK outcomes have been overwhelmingly positive. Most military patients see 20/20 or better after the procedure without corrective eyewear, and the rate of complications has been very low. According to one study, only one in 112,500 patients required medical disability retirement due to complications from laser vision correction during this eight-year period.

In another study, 100 percent of pilots and other aircraft personnel from the U.S. Navy and U.S. Marine Corps who underwent custom (wavefront-guided) LASIK attained 20/20 uncorrected visual acuity within two weeks after surgery.

When questioned about their satisfaction one month after surgery, 95 percent of these patients said the procedure was helpful to their effectiveness, and 100 percent said they would recommend it to other aviators. Study results were presented at the 2008 ASCRS annual meeting.

Laser eye surgery has successfully treated millions of patients and has high patient satisfaction rates. However, as with any surgery, LASIK involves potential complications. It is important for you to weigh the benefits and risks before choosing to go ahead with surgery.

Though the goal of LASIK surgery is to eliminate your need for glasses or contact lenses as much as possible, in some cases you may benefit from wearing glasses (part time or full time) after a LASIK procedure.

For cases of mild residual refractive error that don't warrant additional surgery, wearing corrective eyeglasses for specific visual tasks such as driving at night is a good choice.

If you can benefit from glasses after LASIK, choose lenses with anti-reflective coating for the best vision and comfort possible.

Also, if you're over age 40, consider progressive lenses to provide enhanced vision for reading as well as sharper distance vision.