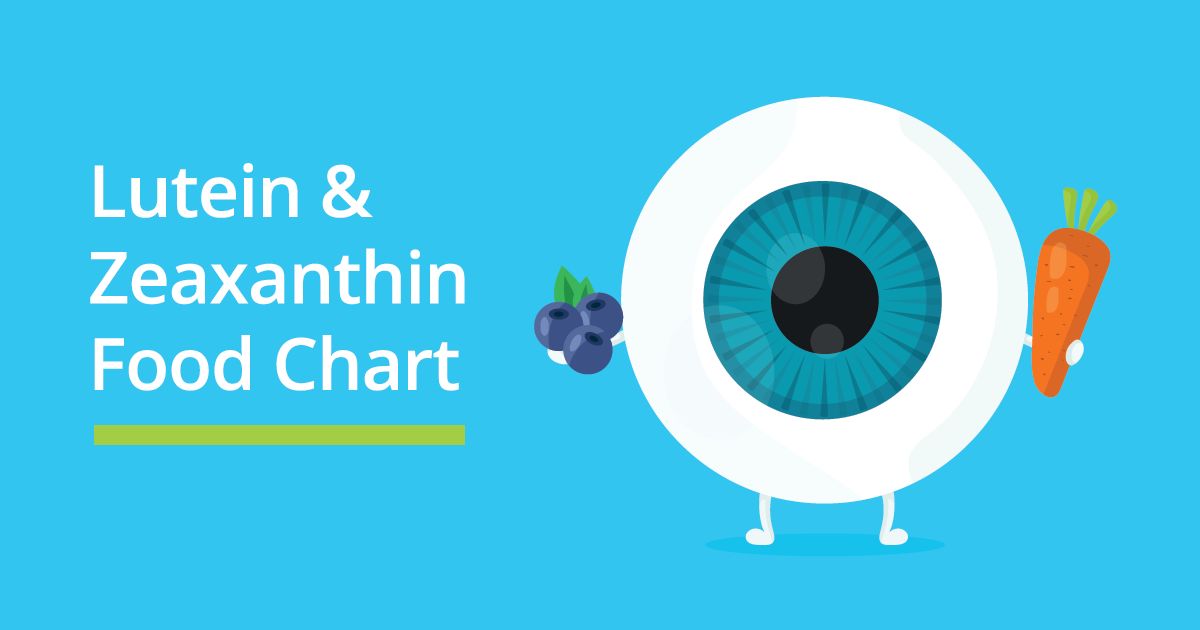 Good nutrition is important to keep your eyes healthy and functioning their best throughout your lifetime. Two very important eye nutrients that may reduce your risk for macular degeneration and cataracts have names you may not be familiar with: lutein (LOO-teen) and zeaxanthin (zee-ah-ZAN-thin).

Lutein and zeaxanthin are two types of carotenoids (kuh-RAH-teh-noids), which are yellow to red pigments found widely in vegetables and other plants. Though lutein is considered a yellow pigment, in high concentrations it appears orange-red. 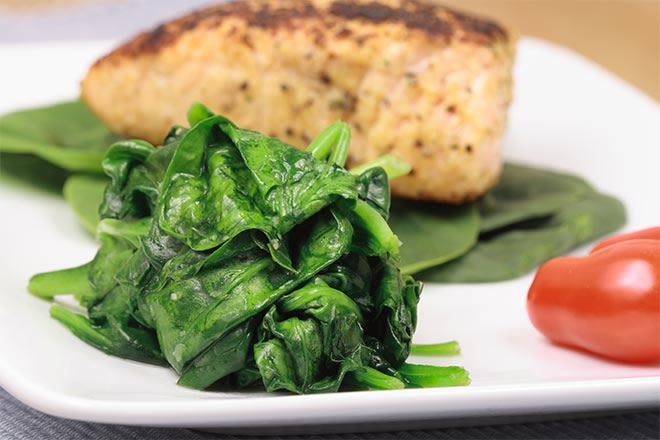 Cooked spinach is one of the best natural food sources of lutein and zeaxanthin.

In nature, lutein and zeaxanthin appear to absorb excess light energy to prevent damage to plants from too much sunlight, especially from high-energy light rays called blue light.

In addition to being found in many green leafy plants and colorful fruits and vegetables, lutein and zeaxanthin are found in high concentrations in the macula of the human eye, giving the macula its yellowish color. In fact, the macula also is called the "macula lutea" (from the Latin macula, meaning "spot," and lutea, meaning "yellow").

Recent research has discovered a third carotenoid in the macula. Called meso-zeaxanthin, this pigment is not found in food sources and appears to be created in the retina from ingested lutein.

Lutein and zeaxanthin appear to have important antioxidant functions in the body. Along with other natural antioxidants, including vitamin C, beta-carotene and vitamin E, these important pigments guard the body from damaging effects of free radicals, which are unstable molecules that can destroy cells and play a role in many diseases.

In addition to important eye and vision benefits, lutein may help protect against atherosclerosis (buildup of fatty deposits in arteries), the disease that leads to most heart attacks.

Eye Benefits Of Lutein And Zeaxanthin

It is believed that lutein, zeaxanthin and meso-zeaxanthin in the macula block blue light from reaching the underlying structures in the retina, thereby reducing the risk of light-induced oxidative damage that could lead to macular degeneration (AMD).

A number of studies have found that lutein and zeaxanthin either help prevent AMD or may slow progression of the disease:

In May 2013, the much-anticipated results of the second large-scale Age-Related Eye Disease Study (AREDS2) sponsored by the National Eye Institute were published.

AREDS2 was a follow-up to the original 5-year AREDS study published in 2001, which found use of a daily antioxidant supplement containing beta-carotene, vitamin C, vitamin E, zinc and copper reduced the risk of progressive AMD by 25 percent among participants with early and intermediate macular degeneration.

The goal of AREDS2 was to evaluate the effect of other nutrients — including lutein and zeaxanthin — on the prevention of AMD and other age-related eye diseases. AREDS2 also investigated the effect of removing beta-carotene from the AREDS supplement, since supplementation of this vitamin A precursor has been associated with increased risk of certain cancers among smokers and previous smokers.

The AREDS2 results revealed study participants with early signs of macular degeneration who took a modification of the original AREDS nutritional supplement that contained 10 mg lutein and 2 mg zeaxanthin (and no beta-carotene) every day for the 5-year study period had a 10 to 25 percent reduced risk of AMD progression. Study participants whose diets contained the lowest amounts of foods containing natural lutein and zeaxanthin experienced the greatest AMD risk reduction from taking the daily nutritional supplement.

While AREDS2 and other studies provide evidence that lutein and zeaxanthin may play a role in preventing macular degeneration (or at least reducing the risk of progression of AMD), it's less clear if these carotenoids help prevent cataracts.

In AREDS2, however, supplemental lutein and zeaxanthin had no effect on cataract risk or progression. 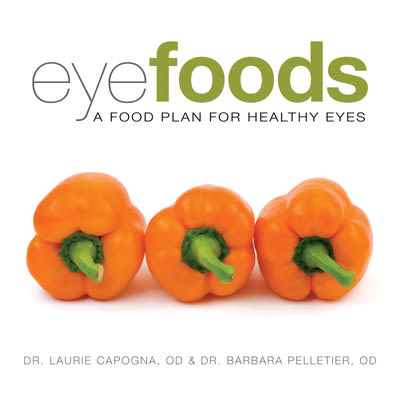 Book Explains How To Eat Better For Healthy Eyes

Eyefoods: A Food Plan for Healthy Eyes is a new book designed to help you improve the health of your eyes.

Written by eye doctors Laurie Capogna, OD, and Barbara Pelletier, OD, the book describes nutrients such as lutein, zinc and vitamin C and tells you which foods they are found in and how much you need each day to help maintain healthy eyes.

The book also presents research that links good nutrition to reduced risk of eye disease, as well as quick recipes for incorporating eye-healthy vitamins and minerals in your daily diet. The text is easy to understand, and the big, colorful food photos will inspire you to eat better.

The best natural food sources of lutein and zeaxanthin are green leafy vegetables and other green or yellow vegetables. Among these, cooked kale and cooked spinach top the list, according to the U.S. Department of Agriculture (USDA).

Non-vegetarian sources of lutein and zeaxanthin include egg yolks. But if you have high cholesterol, you're much better off getting most of these yellow nutrients from fruits and vegetables. 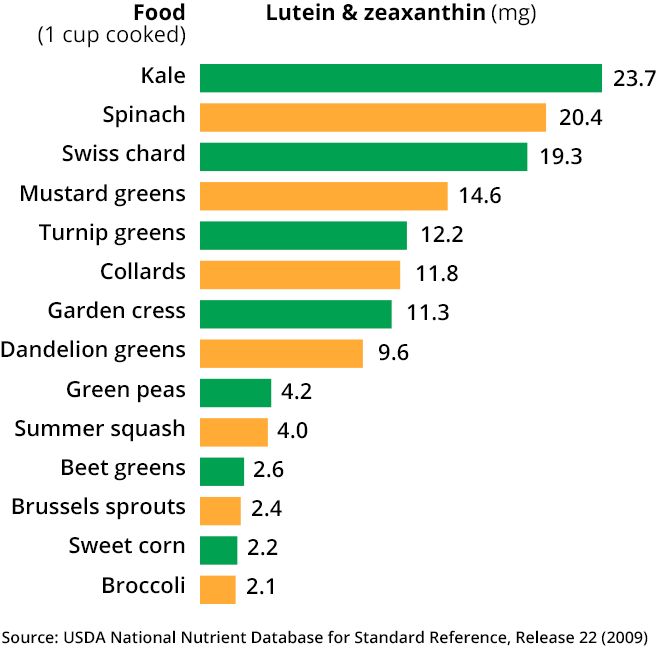 Because of the apparent eye and cardiovascular benefits of lutein and zeaxanthin, many nutritional companies have added these carotenoids to their multiple vitamin formulas. Others have introduced special eye vitamins that are predominantly lutein and zeaxanthin supplements.

There currently is no Recommended Dietary Allowance (RDA) or Recommended Daily Intake (RDI) for lutein or zeaxanthin, but some experts say you should ingest at least 6 milligrams (mg) of lutein per day for beneficial effects.

There are no known toxic side effects of taking too much lutein or zeaxanthin. In some cases, people who eat large amounts of carrots or yellow and green citrus fruits can develop a harmless yellowing of the skin called carotenemia. Though the appearance of the condition can be somewhat alarming and may be confused with jaundice, the yellow discoloration disappears by cutting back on consumption of these carotenoid-rich foods. (Carotenemia also can be associated with over-consumption of carotenoid-rich nutritional supplements.)

Popular lutein and zeaxanthin supplements include:

The source of lutein in many lutein supplements is marigold flowers, while for zeaxanthin it is often red peppers. If you choose a lutein and zeaxanthin supplement, make sure it's a high quality product from a reputable dietary supplement company.

Remember that taking dietary supplements does not replace a healthy diet. Eating a well-balanced diet that includes plenty of fruits and vegetables usually is the best way to get the important eye nutrients you need.

If you have low macular pigment levels and are sensitive to light, ask your eye care professional about photochromic lenses. These eyeglass lenses protect your eyes from UV and high-energy visible blue light that can damage retinal tissue, and they darken automatically in sunlight to ease light sensitivity.

Also, remember that individuals sometimes react differently to certain supplements, which can have unintended effects such as adverse reactions with medications. Consult with your physician or eye doctor before trying any vision supplements. 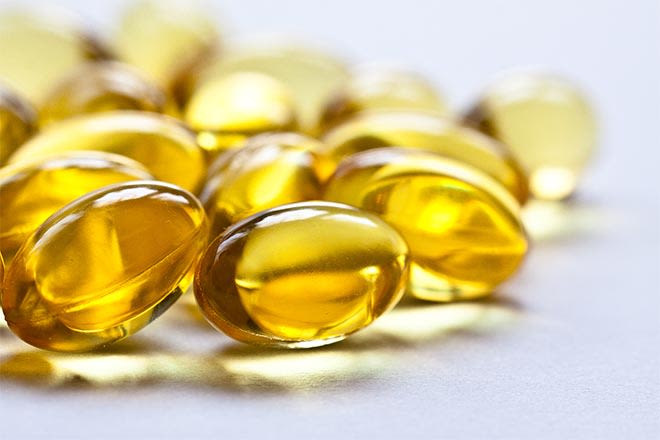 Nutritional supplements containing lutein and zeaxanthin, lipoic acid, and omega-3 fatty acids are effective in preventing the development of retinopathy among diabetic rats, according to a study.

Researchers at the Kresge Eye Institute in Detroit investigated the effect of carotenoid-containing supplements on retinal oxidative stress and inflammation and the development of diabetic retinopathy.

Diabetes was induced and confirmed in all rats in the study, and then some rats were given a diet that included the nutritional supplements while others were given the same food but without the supplements. After 11 months, the retinas of the rats were evaluated for changes in blood vessels, cellular damage and other retinal changes characteristic of diabetic retinopathy.

In rats that had not received the nutritional supplements, diabetes-induced damage to retinal blood vessels was three to four times greater than among rats who had received the added nutrients.

The study authors concluded that the nutritional supplements used in this study prevented diabetic retinopathy and preserved normal retinal functioning. They also said that, though human testing is required to confirm, these supplements "could represent an achievable and inexpensive adjunct therapy" to inhibit diabetic retinopathy in people with diabetes.

A full report of the study was published online in January 2014 by Nutrition & Metabolism.

More news about eyes and nutrition >

Macular pigment in donor eyes with and without AMD: a case-control study. Investigative Ophthalmology and Visual Science. January 2001.

How better nutrition can improve your vision