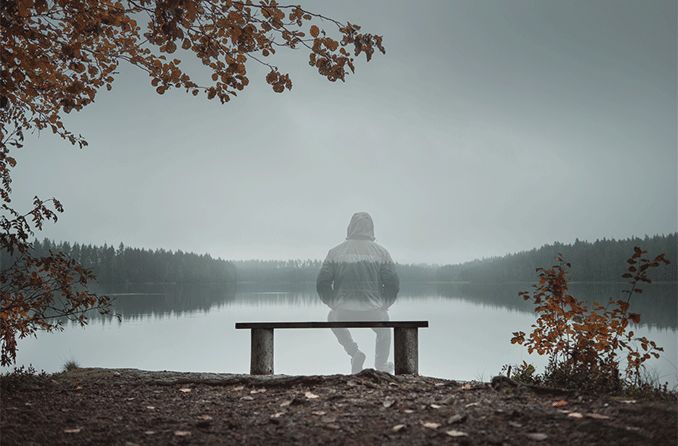 What is a hallucination?

A hallucination is an experience in which something unreal is perceived as real. It’s the brain telling a story that’s fiction rather than fact… but that feels like reality.  A misfire in the brain is causing the hallucination, and learning more facts about hallucinations can help you understand what’s going on.

Hallucinations can seem so vivid and feel so real that they can be terrifying. How do you tell the difference? If you feel that bugs are crawling across your feet but a glance down confirms there are no bugs, or if you smell bread baking but there's nothing in the oven, you’ve experienced a hallucination.

If you or someone you know experiences a hallucination, contact a doctor immediately. It’s also likely that you’ll have questions, like:

What are the types of hallucinations?

Scientists often group tactile, olfactory and gustatory hallucinations under the acronym TOGH. These hallucinations showed up in about 20% of people who had schizophrenia, bipolar or other mental health disorders, according to one study.

While mental health issues and hallucinations do often go hand in hand, many other things can cause people to hallucinate.

Why do people have hallucinations?

The human brain is a hallucination machine. Your dreams create hours of nonstop hallucinations, which can feel so real they might cause terror or even joy. And your memories sometimes bring back sensations that feel real but are only occurring in your mind.

Thus, hallucinations fit into the natural workings of a healthy brain. But sometimes the brain misfires, creating illusions that cause problems.

Some known causes of hallucinations include:

Of course, these are external factors fueling hallucinations. But scientists aren’t exactly sure what makes the brain create these false impressions.

A study of mice in 2019 suggested that when a brain can’t get all the information it needs to generate a true picture of reality, it may use hallucinations to fill in the gaps. Of course, human brains are much more complex than mice brains, so scientists will have to dig deeper in the years to come to solve the mystery of hallucinations.

What are the common medical treatments for hallucinations?

Hallucinations are signs of significant brain malfunction. A doctor should examine someone who experiences a hallucination right away because there’s no guarantee how they’ll react to these false ideations.

In most cases, a hallucination is a medical emergency.

Whether you or someone you know is experiencing these sensations, it’s important to understand that you/they can be treated. There’s no need to panic and every reason to seek professional help. You cannot ignore hallucinations and expect them to go away.

A doctor will take an extensive medical history and ask the patient to describe the hallucinations in detail.

Medical providers will need to know:

Treatment depends on what’s causing the hallucinations. Antipsychotic medications can help deal with hallucinations in people who have mental illness. A doctor might suggest rehab if drug or alcohol addiction is causing hallucinations.

Mental health counseling might also be an option. For instance, a patient might be taught coping strategies to ease the stress and strain of hallucinations.

Studies suggest the following may help someone cope with hallucinations:

Finding the right treatments will depend on the accuracy of the doctor’s diagnosis — so it’s crucial to tell them everything they need to know.

Is it possible to prevent hallucinations?

Medications, therapy and coping strategies might help find a way back to reality in the event of a hallucination, but can hallucinations be prevented?

Obviously, if drugs/alcohol are the primary culprits, then getting into rehab and ceasing drug use would prevent future hallucinations. But what about all the other causes?

That’s much tougher to answer. If stress contributes to hallucinations, then it stands to reason that reducing or managing stressful situations would have an impact. But with so many kinds of hallucinations affecting people in so many different ways, it’s not wise to generalize.

This much is certain: You have to be honest with your doctor so they can discern as much as possible about the causes of your hallucinations. And you have to do your best to follow the instructions or treatment plan you receive.

READ NEXT: Optical illusions and Afterimages

Do you hear what I hear? Auditory hallucinations yield clues to perception. Scientific American. August 2017.

Tactile, olfactory, and gustatory hallucinations in psychotic disorders: A descriptive study. Annals of the Academy of Medicine, Singapore. June 2009.

What causes hallucinations? The brain may be overinterpreting a lack of info. Discover Magazine. March 2019.