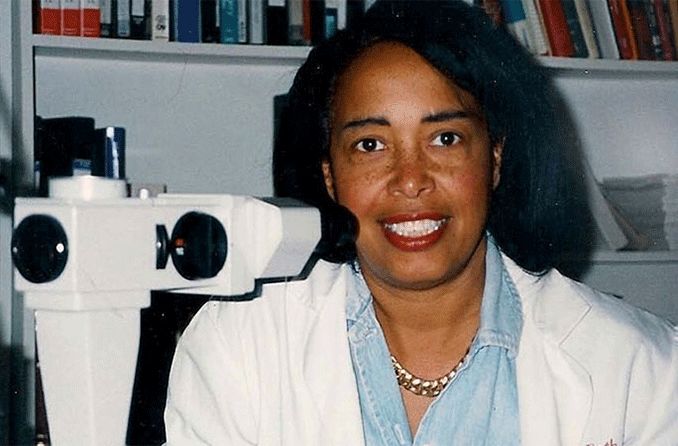 In celebration of Black History Month, it’s the perfect time to highlight Dr. Patricia Bath’s enormous contributions to the field of ophthalmology and her passion for making eye care globally accessible. With more than 3.5 million cataract surgeries performed each year in the United States alone, her work to develop laser cataract treatment — and prevent blindness — cannot be understated. Who is Dr. Bath?

Patricia Era Bath was born in New York, New York, in 1942. In high school, she participated in a National Science Foundation summer research program at Yeshiva University. She studied the relationship between cancer, nutrition and stress, and even derived an equation that predicted future growth of cancer cells.

After high school, Dr. studied chemistry and physics at Hunter College then earned her medical degree from Howard University. From there, Dr. Bath interned for a year at Harlem Hospital before becoming the first African American to complete the ophthalmology residency at New York University.

During her time working as an intern in Harlem Hospital’s eye clinic, Dr. Bath noticed a huge prevalence of blindness among African Americans. She wanted to learn more, and without any funding (or the help of digitized records), she decided to study state blindness registries.

Through this painstaking research, Dr. Bath identified African Americans as 8 times more likely to have glaucoma, a condition that develops about a decade sooner in Black Americans than in other people. Primary open-angle glaucoma is also one of the leading causes of blindness among Black Americans, accounting for about 19% of blindness cases in the African American community.

Dr. Bath’s belief that eye care is a fundamental human right led her to create an approach she called community ophthalmology, “a discipline promoting eye health and blindness prevention through programs utilizing methodologies of public health, community medicine, and ophthalmology.” In other words, Dr. Bath wanted to make eye care available to everyone, not just those who are able to afford treatment.

Dr. Bath, who passed away in 2019, was an ophthalmologist, inventor and academic. She developed multiple patents in the treatment of cataracts, including:

The method Dr. Bath developed for removing cataracts with a laser has helped save the sight of millions of people around the world.

Dr. Bath through the years

What is cataract surgery?