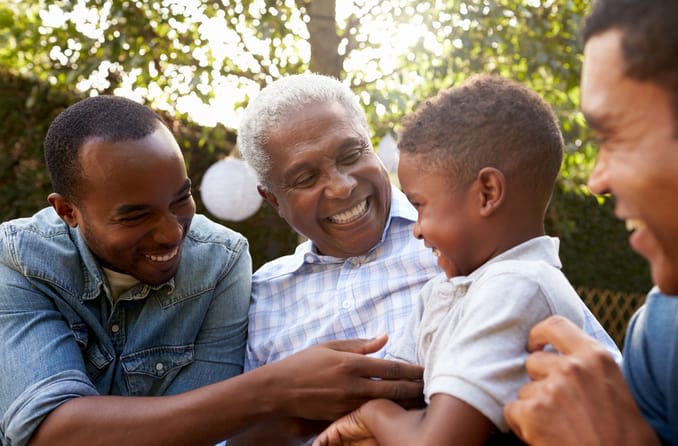 There are several factors that may cause your eye doctor to start a conversation about glaucoma. That conversation is five times more likely to happen among African Americans and their eye doctors.

“After cataracts, glaucoma is the leading cause of blindness in African Americans,” according to Glaucoma Research Foundation.

It is estimated that half of the people who have glaucoma don’t know it and more than 3 million Americans over the age of 40 have glaucoma. In African Americans, the risk increases by 20% if there is a family history of glaucoma.

Why are African Americans more at risk for glaucoma?

What are the links between family history and glaucoma diagnosis?

Family history is important in diagnosing glaucoma early because if there is a direct family member (father, mother, brother or sister) with glaucoma, you are more likely to have it.

According to Dr. Emmanuella Okocha, Optometric Glaucoma Specialist at Shiloh Eye Care in Garland, Texas: “This may influence our decision to treat sooner because a patient may be a glaucoma suspect, but if his or her parent has severe glaucoma, we may treat it earlier to prevent progression.”

A glaucoma suspect is someone who is at high risk for glaucoma due to factors including family history, certain structural or functional injuries to the optic nerve, or elevated intraocular pressure (IOP). Being a glaucoma suspect is by no means a guarantee that you will end up with a glaucoma diagnosis; it simply means you need to make regular visits to the eye doctor a priority.

There are several different causes of glaucoma, but the most common condition in African Americans is primary open-angle glaucoma (POAG).

However, it is important to know treatment does not differ; POAG is treated the same across all ethnicities.

Treatment for glaucoma varies based on the severity of the diagnosis. Treatment options include prescription eye drops and oral medication, and in some cases surgery may be needed.

First-line treatment is usually a prostaglandin eye drop, but some doctors will opt for laser surgery such as SLT or ALT for first-line therapy. Oftentimes, if a patient has a cataract, cataract surgery itself can decrease eye pressure, thereby treating glaucoma.

Is there a cure for glaucoma?

It's important to note that there is no cure for glaucoma. It is a lifelong disease, and the goal of treatment — whether eye drops or surgery — is to reduce eye pressure and prevent the progression of vision loss due to glaucoma.

But treatment is not the same as a cure. “Please keep this in mind because patients often think that once they use the eye drops or get a laser treatment, that's it," says Dr. Okocha. Glaucoma never goes away. It's something that needs to be checked frequently as it can cause blindness if left untreated.

READ NEXT: Latino Americans Are at a Higher Risk of Eye Disease

What are the most common natural remedies for glaucoma?