The importance of rapid eye movement (REM), non-REM and how they affect your sleep 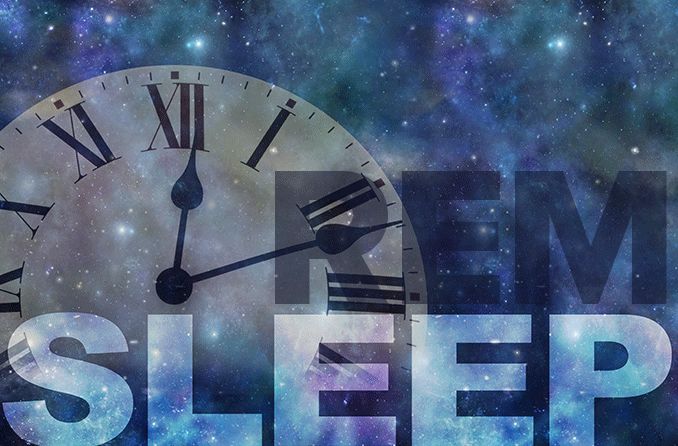 Why is sleep important to your health?

Scientists say that a good night’s sleep is as important to survival as food and water. If you don’t get enough sleep, it makes it difficult to concentrate and control your focus when you need it the most.

Too little sleep can also put you at risk of health problems such as high blood pressure, depression and obesity. Needless to say, sleep affects every part of the body. And getting an adequate amount and quality of your sleep is crucial to keep everything running smoothly.

There are two main types of sleep that contribute to proper rest — rapid eye movement (REM) and non-REM cycles. Both serve a special function, though people are often more familiar with the REM cycle.

The REM cycle takes place after the non-REM cycle. So, what is non-REM sleep? It’s the initial part of sleep that occurs from the time you drift off until the point where you reach a deep state of unconsciousness.

During this time, motions within your eyes are slow and come to a stop at a certain point. That’s why this segment is referred to as non-rapid eye movement (non-REM) sleep.

Throughout the night, your body cycles through each of the stages of both non-REM and REM sleep. You spend the most time in stage 2 of non-REM sleep.

What is REM sleep?

The rapid eye movement (REM) cycle of sleep is the second part of the overall sleep sequence, following each stage of non-REM.

The cerebral cortex is also the part of the brain that is used for storing information and memories. Experts say that if you miss out on REM sleep, your memory may be affected.

When you get older, your body spends less time in the REM cycle each night.

SEE RELATED: Obstructive sleep apnea and how it can affect your eyes

What happens during REM sleep?

During the REM sleep stage, your body experiences several new sensations, including the following:

When does REM start and how long does REM sleep last?

REM begins approximately 90 minutes into your sleeping timeline. The first sequence of REM sleep lasts up to 10 minutes — and the ending sequence can last up to an hour.

Throughout the night, you cycle through each stage of both non-REM and REM sleep between four and six times.

Up to 25% of your time sleeping is spent in the REM cycle (75% of which is spent between each stage of the non-REM cycle).

Why do our eyes move in REM sleep?

New research suggests that every time a person’s eyes move while they’re asleep, that person is processing a new visual message in their dream.

Scientists at Tel Aviv University conducted a study to determine the relationship between the brain’s neurons and rapid eye movement during sleep. They concluded that eyes move as they process new visual information — and move rapidly during the cycle of sleep that involves visual dreaming.

The data suggest that visual processing in the brain is similar in both conscious and unconscious states.

Did you know? The eyes and diaphragmatic muscles are the only parts of the body that move during REM sleep — the rest of your muscles act as though they are paralyzed during this time.

Getting a good night’s rest

REM sleep is very important to your health. It contributes to your mood and concentration levels. It also encourages your brain to collect and store new information, improving your memory. Additionally, REM sleep supports your immune system and healthy cell growth.

Try the following tips to wind down and get the best out of your slumber:

Sleeping troubles can be irritating and tiresome (literally). Talk to your doctor if you experience problems falling asleep or staying asleep, or if you struggle to stay awake during the day.

READ NEXT: The harmful effects of sleep deprivation

Scientists have worked out why your eyes move when you're dreaming. Science Alert. August 2015.

Sleep masks can improve your sleep and health

Are all eye masks safe to sleep in?