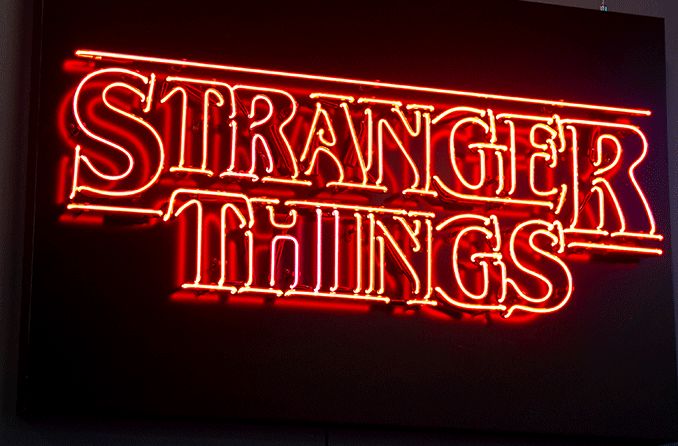 WARNING: Spoilers ahead. Like, major spoilers. Also, if you’re not a Stranger Things fan, prepare to be confused.

The season four finale of Stranger Things has come and gone, leaving quite a bit for fans to unpack. Throughout the finale, the Duffer Brothers, the show’s creators, scattered hints for what viewers can expect in the fifth and final season.

While fans spend the next two years recovering from the events of season four — and speculating what season five will bring — it seems appropriate to examine the villain directing the plotline: Vecna.

Season four’s villain boasts more than a few characteristics to give the other characters, not to mention the audience, nightmares. The tentacles along his neck that constantly slither and pulsate, the fact that he always looks slimy, and let’s not overlook his giant claw hand *shudders*.

But perhaps one of the most prominent characteristics of Vecna is his spooky, milky eyes.

The milky, blue-tinted eyes are a recurring theme throughout season four. Whenever victims become entranced or possessed by Vecna, their eyes form a milky glaze, until they meet their demise as Vecna plucks their eyeballs out.

Also, when Vecna’s victims hallucinate — an early indicator they’ve been targeted by Vecna — the people in their hallucinations have milky eyes.

While it’s not totally clear why the Duffer Brothers envisioned Vecna and his victims with these creepy stares, there is a potential medical explanation.

Based on his appearance, Vecna’s milky eyes resemble eyes affected by cataracts. While cataracts are extremely common, especially in older adults, they rarely develop quickly as they did for Vecna.

We know the cataract appeared rapidly because his eyes didn’t always look that way. Before he was king of the Upside Down, Vecna was Henry Creel. When the audience is first introduced to Henry, both of his eyes are clear blue and bright. (But still creepy, right? Anyone else as creeped out by Henry as they were by Vecna?)

It isn’t until after the showdown between Henry and Eleven, during which she pulverizes him into fiery confetti and banishes him to the Upside Down, that his eyes become clouded by cataracts.

At one point in the final episode of season four, as Vecna tells the story of how he turned the Upside Down into his lair, we see him walking around with burns over half his body and one eye clouded by a cataract.

It’s entirely possible that the Duffer Brothers just thought eyes with cataracts would add an extra level of eeriness. But there’s actually an explanation for what could have caused Vecna’s cataracts.

They’re called traumatic cataracts. Traumatic cataracts occur when the eye’s lens becomes cloudy after an eye injury. They can happen at any age and may develop immediately after the injury occurs. Sometimes they even appear years later.

What could have caused Vecna’s cataracts?

Traumatic cataracts can be caused by the following types of eye injuries:

Other, more rare causes of traumatic cataracts include electric shock and infrared energy (electromagnetic radiation). Based on what we see in Stranger Things, Vecna’s cataracts could be due to one or a few of these, including:

For one, we know Eleven possesses many powers, but the source of those powers is not fully understood. When she’s banishing Henry to the Upside Down, Eleven pins him to a wall and basically disintegrates him from his abdomen, outward (yes, yes — very cool).

The forcefield she uses to lift Henry, and any other objects she levitates, could be achieved by the use of electromagnetic force. This could also explain why lights begin to flicker every time she taps into her powers.

The extreme exposure Henry gets from Eleven’s wrath could easily be enough for him to develop cataracts.

After Eleven bans Henry to the Upside Down, we are able to watch his metaphorical (and physical) fall from grace. Henry drops through the Upside Down while continuously being struck by the red lightning that dominates the Upside Down.

The more he’s struck, the more his features melt into that of Vecna. At the end of the scene, we see a badly burned Henry, then a flash of lightning that reveals him as the King of the Upside Down.

Of the potential causes, electric shock seems to be the most logical (as logical as you can expect from a sci-fi show). We see it happening during his transformation. Before he’s struck by lightning several times, his eyes seem normal. Afterward, they have cataracts.

However, in theory, it’s possible that several of these factors could have worked together to create Vecna’s cataracts.

SEE RELATED: 7 common eye injuries and how to treat them

Other interesting information about Vecna’s eyes

The Duffer Brothers reference the game Dungeons & Dragons heavily throughout the series. In fact, one could argue that the concept of D&D drives a heavy portion of the show’s plotline. The idea of Vecna is no different.

Vecna in Stranger Things was inspired by the villain in Dungeons & Dragons — a powerful, undead spellcaster, called a lich. In the D&D realm, a defining feature of Vecna is that he’s missing his left hand and left eye.

This is because his trusted accomplice, Kas the Bloody-Handed, betrayed him and used the sword Vecna created himself to chop off his left hand and remove his left eye. This ultimately destroyed Vecna.

Though they’re clouded with cataracts, Vecna in Stranger Things has both of his eyes.

For now, at least.

Could Vecna’s fate in D&D be a foreshadowing of his demise in Stranger Things? That will be left up to the Duffer Brothers and how closely they want to follow Dungeons & Dragons.

It may also be worth noting that Vecna’s giant claw hand — the one that holds most of his power — is on his left side.

Can traumatic cataracts be treated?

Yes, traumatic cataracts can be treated. A smaller cataract that doesn’t affect vision may be monitored by an eye doctor to see if/how it grows. Eye drops may also be prescribed to help improve vision if smaller cataracts start to interfere with eyesight.

In some cases, especially in children, minor traumatic cataracts can heal on their own over time.

But Vecna’s cataracts — and the cataracts our beloved Max displays at the end of season four — are not minor. They are fully opaque and cover the entire iris of the eye.

When cataracts are this severe, they must be surgically removed. An eye surgeon, called an ophthalmologist, will go in and remove the cloudy lens. They will replace it with a clear, artificial lens called an intraocular lens (IOL). This procedure should restore a person’s vision.

SEE RELATED: Can you treat cataracts without surgery?

Will Max ever see again?

In the final episode of season four, one of the core characters, Max, falls victim to Vecna’s curse. She’s left lifeless, with her arms and legs broken and her eyes clouded by thick cataracts. Some of her final words are, “I can’t feel or see anything,” leading viewers to believe that she’s blind.

Eleven is able to bring Max back to life after her heart stops. But the injuries she’s sustained can’t be reversed by Eleven’s powers. In the hospital scene at the end of the finale, Max has both arms and both legs in casts. So, it’s likely that if/when she wakes up, she will still be blind.

Technically, it’s possible for Max to have her vision restored with cataract surgery. The first IOL replacement surgery was performed in 1949. In 1978, the first foldable silicone IOL was created and used in cataract surgery.

With this in mind, and considering season four is set in 1986, it’s not out of the realm of possibility for Max to see again.

Perhaps the Duffer Brothers will start off season five with Max having her vision surgically restored. Or maybe Max’s blindness will open her up to extrasensory perception. Maybe she’ll suddenly be gifted with remote viewing, telepathy or psychometry (gaining information about someone by touching an object associated with them).

With the next season of Stranger Things marking the end, it’s safe to imagine that the possibilities are endless. The fate of Hawkins could rest on the shoulders of a newly-blind girl in a coma. And that girl could very well save her friends and her town… perhaps with her mind. It may seem far-fetched, but, it’s safe to say… stranger things have happened.

READ MORE: Does losing your vision make your other senses stronger?

The Duffer Brothers geek out on Dungeons & Dragons. Netflix. July 2022.

Old wives’ tales about the eyes: Truth or myth?

How bad was Harry Potter’s eyesight?