Will losing one sense make the others stronger? 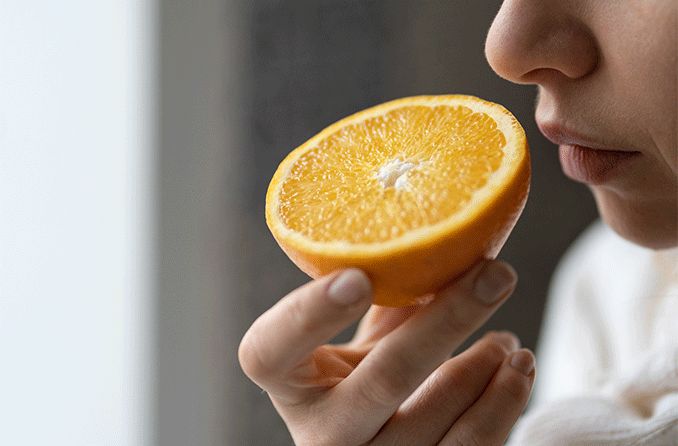 The comic book character Daredevil is unlike any other superhero in the Marvel universe, mainly because his superpowers are the result of a disability: Blindness. Daredevil's vision loss caused all his other senses to intensify to the point where he could rely on them to fight crime.

While it may not give you Marvel-level superpowers (remember, Daredevil is fiction), science has shown that the brain can adapt to a change like blindness. One of the ways it adapts is by enhancing the other senses to compensate for the loss.

The brain and the five senses

Your brain is constantly receiving and processing messages from throughout the body with the help of sensory receptors. These are nerve endings that send signals to the brain when they’re stimulated by an outside source.

The brain organizes these signals by sending them to different areas, called lobes. The largest part of the brain (the cerebrum) has four lobes:

Each of your five senses (touch, smell, sight, hearing and taste) has its own set of sensory receptors that helps you detect outside information. Once the receptors get that information, they send it to the corresponding lobe in the brain, so you can make sense of what you’re experiencing.

The areas of the brain that make each of your five senses possible are:

From the time you’re born, your brain creates pathways for sensory receptors to streamline information to where it needs to go. Your brain also builds networks that connect and integrate these sensations, creating a full experience of the world around you.

How losing a sense affects the brain

When you lose one of your senses, such as your sight or hearing, you may think that the corresponding area of the brain will go unused. However, the brain can adapt to these types of changes — a process called neuroplasticity.

Researchers took MRIs of the brains of people with congenital blindness (meaning they’ve been blind since birth or before the age of 3). They compared these MRIs to those of people who had normal vision.

Comparisons found that blind individuals had sensory pathways that the sighted people did not have. In fact, the MRIs showed evidence that a blind person’s brain has more enhanced pathways than a person with full use of their vision.

These results suggest the brain can “reroute itself” by creating new pathways. It also suggests that your other senses become enhanced to compensate for the missing one.

A 2020 study took observations of 17 sighted participants and 17 participants with congenital blindness. The study had participants of the same gender and age pinpoint the directional source of two different sounds. The source of the noise could vary, originating from either frontal and rear, horizontal and vertical, or central and peripheral spaces.

Blind participants were far more advanced at finding the sound source than sighted participants. This result rang true regardless of which direction the sound came from.

In recent years, people have marketed the idea of temporary sensory deprivation to heighten other senses. Select restaurants offer the experience of “blind dining” or “dining in the dark.” The idea is that if guests temporarily lose their sight, via blindfold or lack of lighting, their sense of taste will be enhanced.

Eating blindfolded doesn’t guarantee your food will taste better. However, it does provide a rare opportunity for people to rely on their non-visual senses to get through a meal.

After a dinner at the Blind Cafe in Austin, Texas, guests shared their takeaways from the experience. None of the patrons mentioned heightened taste. However, they all commented on how surreal it was to rely on their sense of touch to create “a mental map” of where objects were in front of them.

First designed in 1954, deprivation tanks were created with the goal of removing all external stimuli (distractions) to allow a person’s mind to rest.

Soundproof deprivation tanks are filled with approximately one foot of salt water. The water is heated to the average body temperature and has so much salt, a human body will float on top of it. When in the tank, essentially all your senses, including the weight of gravity, are removed.

A 2018 study had 50 participants with varying levels of anxiety, depression and stress spend one hour in a sensory deprivation tank. It found that after an hour in the tank, participants had significantly reduced levels of stress and anxiety.

Through neuroplasticity, the human brain can adapt to many changes. It has the ability to build new connections and make up for sensory shortcomings.

The short-term manipulation of putting on a blindfold may not enhance your other senses. But research continues to prove that gradual growth and changes in the brain can turn one sensory weakness into several sensory strengths.

The olfactory system and your sense of smell. ThoughtCo. August 2021.

Supersensors: How the loss of one sense impacts the others. Wu Tsai Neurosciences Institute, Stanford University. May 2017.

Examining the short-term anxiolytic and antidepressant effect of Floatation-REST. PLOS One. February 2018.

Will my sight be affected by my hearing loss?