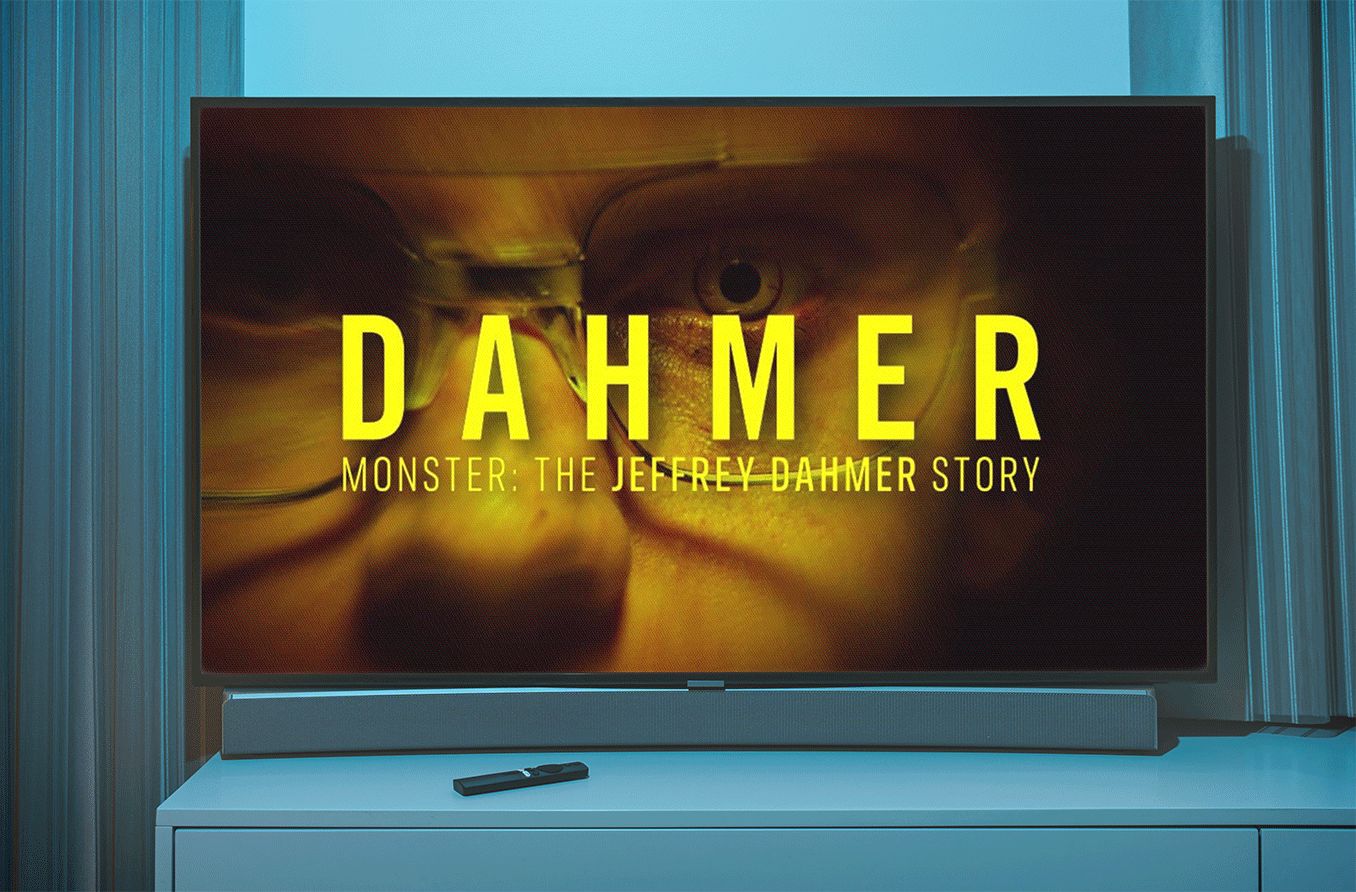 Psychopaths have long been portrayed in the media. As a result, “psychopath” encompasses a number of societal stereotypes. But the truth behind psychopathic behavior is more than meets the eye. What follows is a clinical definition of psychopath, as well as some related eye behaviors.

What defines a psychopath?

Psychopathy is a mental disorder that affects both neurologic and psychiatric factors in a person. A psychopath is a person who experiences psychopathy and acts on their desires.

Both checklists include scales for items such as antisocial behavior and emotional detachment. The checklists also include roughly 20 specific traits. These traits are reviewed to determine if psychopathy is present in an individual. Some of these characteristics include:

If a person is evaluated and found to have several traits from the PCL or PCL-R criteria, they may be deemed a psychopath. And often, having several traits can lead to crime and other types of deviant behavior.

Additionally, some research suggests that psychopaths can experience and display certain eye behaviors.

Eye behaviors include blinking frequency, eye rolling and more. Psychologists and communication experts have studied these behaviors and what messages they send.

For example, in many cultures eye rolling communicates contempt or disrespect. And maintaining eye contact during conversation means you’re listening and invested in what the other person is saying.

Research suggests that they are. Various studies analyzing eye behaviors found differences between psychopaths and non-psychopaths. Especially in pupillary function and eye contact.

One of the functions of the pupils is to constrict in bright conditions and dilate in dim conditions. This function helps balance the amount of light entering the eye and produce the clearest image.

Pupil dilation also occurs when there’s activity in the part of our brain that helps us feel emotion. This may occur while we’re experiencing our own emotions as well as when we’re empathizing with someone else’s.

Results showed that participants’ pupil size was significantly larger during the emotional sounds. This supports the idea that our pupillary function is linked to our emotions.

Studies on pupillary response in psychopaths

One of the key traits of psychopathy is a lack of emotion, or callousness. So, it makes sense that emotional pupillary response looks different in a psychopath.

Researchers at Cardiff and Swansea University tested this theory. They measured the pupillary responses of psychopathic and non-psychopathic offenders.

All offenders were shown disturbing images, like threatening dogs or mutilated bodies. Following this, they were shown positive images, such as puppies or people laughing.

Non-psychopathic offenders showed pupillary response to both positive and negative stimuli. This indicated activity in the emotional region of the brain.

Psychopathic offenders had no pupillary response to negative stimuli. Interestingly, they did show pupillary response when exposed to positive images. This suggests that psychopaths may not have an overall immunity to emotion. Rather, they have a specific insensitivity to disturbing stimuli.

Eye contact is a key part of communication — while both sending and receiving messages. Research shows that making eye contact lights up different parts of the brain than when fixating on other areas of the face. One study found that making in-person eye contact creates skin conductance. This means eye contact actually electrifies your skin.

When the speaker is finished talking and ready for the listener to respond, there is typically a break in eye contact. This communicates a shift in conversation. The unconscious dance of eye contact in conversation is vital to sending and receiving messages.

A study examining this had offenders, both psychopaths and non, look at images of different human faces. They were asked to categorize the gender or emotional expression of the faces. Researchers recorded the offenders' eye movements during the study.

Results found that psychopathic participants paid little attention to the eyes of the faces. Avoidance was consistent across all images, regardless of the face’s emotional state.

Can you spot a psychopath by just their eyes?

Facial expressions and eye behavior can be very subjective. So spotting a psychopath by just their eyes, in a typical social environment, is unlikely.

Studies like the one referenced above support the idea that minimal eye contact is common in psychopaths. There are also reasons a person may avoid eye contact that have nothing to do with psychopathy.

For example, people who are on the autism spectrum may find it difficult to make or hold eye contact. This is because the part of the brain that processes emotions becomes overstimulated.

Someone who experiences post-traumatic stress disorder (PTSD) may also avoid eye contact. One study examined women who had PTSD caused by childhood trauma. The women made eye contact less frequently because their PTSD registered it as a threat.

Social anxiety disorder (SAD) also affects a person’s ability to make and maintain eye contact. A few reasons someone with SAD may avoid eye contact include:

In summary, the study supported the idea that a lack of eye contact may be a predictor of psychopathy in a person. But, avoiding eye contact can also reflect other social and mental factors.

Again, not all serial killers are psychopaths, and not all psychopaths are serial killers. But in some cases, such as Ted Bundy, psychopathy has been clinically diagnosed. Dr. Hervey Cleckley, the “father of psychopathy,” determined Bundy to be a psychopath. His conclusion came after evaluating Bundy while he was on trial for murders that took place in Florida.

Stephen Michaud conducted more than 150 hours of interviews with Bundy. He recalls the way Bundy’s eyes would appear to change color during conversations. As Bundy would open up about his wicked actions, Michaud said his eyes would grow darker and darker.

It’s likely that Bundy’s darkened eyes appeared so due to his pupils dilating. This could have happened upon arousal when he was discussing his heinous acts. Further research is needed to determine the biological connection between dilated pupils and alleged arousal in psychopaths.

The best horror and thriller films often portray villains with frightening eyes. It’s a character choice by design. But is Hollywood’s portrayal of “psychopath eyes'' accurate, or merely a stereotype?

When you think of The Silence of the Lambs’ Hannibal Lecter, you may picture a vacant, yet menacing stare. Experts agree that Lecter does exhibit characteristics of a psychopath. These characteristics include superficial charm, lack of empathy and mastery of manipulation.

Lecter also had an arguable fondness for character Clarice Starling. This negates traditional psychopathic traits. Lecter is often described as a psychopath, but it’s important to acknowledge that he could have some non-psychopathic qualities (dare we say, a “soft-spot” for Clarice?).

According to an academic study, many modern cinematic psychopaths are now designed to feel “more human.” But this is not common among legitimate psychopaths. Keep in mind that characters like Hannibal are fictional, and psychopathy in movies is fabricated. (The eyes of Hannibal Lecter are still quite chilling though).

Clinical and academic sources tell us that psychopathic individuals display different eye behaviors than non-psychopathic people. Both pupillary responses and a lack of eye contact are examples of this. Some even venture to say that these features can be predictors or identifiers of psychopaths.

But it’s important to remember that eye behavior is also subjective and may be reflective of other social stressors. Just because a person struggles with eye contact doesn’t mean they are a psychopath. Not always, anyway…

Psychopathy: Developmental perspectives and their implications for treatment. Restorative Neurology and Neuroscience. January 2014.

Embodiment in dissent: The eye roll as an interactional practice. Research on Language and Social Interaction. August 2021.

Eye contact: An introduction to its role in communication. Michigan State University. November 2012.

Pupils: A window into the mind. Frontiers for Young Minds. February 2019.

In the eye of the psychopath. Cardiff University. December 2018.

Eye contact is a two-way street: Arousal is elicited by the sending and receiving of eye gaze information. Frontiers in Psychology. June 2019.

Eye contact marks the rise and fall of shared attention in conversation. Proceedings of the National Academy of Sciences. September 2021.

Impaired attention toward the eyes in psychopathic offenders: Evidence from an eye tracking study. Behaviour Research and Therapy. July 2019.

Towards understanding atypical social affiliation in psychopathy. The Lancet Psychiatry. May 2019.

Look me in the eyes: constraining gaze in the eye-region provokes abnormally high subcortical activation in autism. Scientific Reports. June 2017.

Ted Bundy's many faces: How the serial killer was able to change his appearance so easily. A&E Networks. August 2021.

Psychopathy and the cinema: Fact or fiction? Journal of Forensic Sciences. 2013.

How depression changes your vision and makes the world look hazy