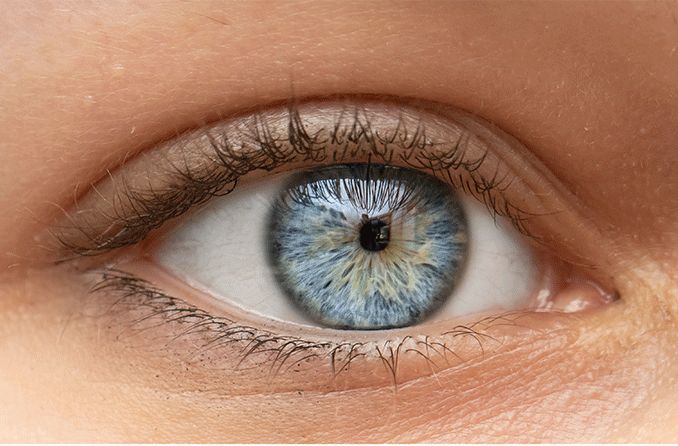 Miosis is a condition in which the pupil, the black opening at the center of your eye, shrinks and becomes very small. The word is derived from ancient Greek and literally means "to close the eyes."

Your pupils naturally change size thousands of times a day, expanding in dim light and contracting in bright light — this regulates the amount of light that reaches your retina. Pupils also constrict whenever you’re focusing on an object that is very close.

However, if you experience persistent pinpoint pupils (also known as miotic pupils) in dim light, it is possible you have abnormal miosis. This type of miosis can occur in one or both eyes, and can have a number of different causes, including certain medications, head injury or even the aging process.

Normal pupils range from 2-5 mm in diameter. In miosis pupils are less than 2 millimeters in diameter in normal light. That is very tiny — a dime, by contrast, is almost nine times larger.

Pupil constriction due to aging

For the first two weeks of a baby’s life, their pupils will be small, providing protection from bright light. This is normal.

When people age, the eye muscles that enlarge or shrink the pupil grow weaker.

As a result, pupils can become smaller and take longer to dilate in the dark. This is called senior miosis and usually begins when a person is over 70 years old.

SEE RELATED: How vision changes as you age

Miotic pupils can be caused by medication

Certain medications can cause the pupils to constrict and become small. These include prescription narcotics that are used to control pain, such as codeine, and prescription medicine for health conditions (anxiety, high blood pressure, etc.).

Substances that might be responsible for your constricted pupils include:

Other medications that can lead to pupillary constriction include antipsychotic drugs and certain chemotherapy drugs.

Check with your doctor if you are taking a new medication and notice that your pupils seem smaller.

Inflammation of the eye can cause miosis

The middle layer of the eye (which includes the colored part of the eye, or iris) can become inflamed, a condition called uveitis. This inflammation can be painful and usually occurs in young or middle-aged people, and can be present in one or both eyes.

Symptoms include pain and redness, blurry vision, photophobia (sensitivity to light) and pinpoint pupils; these can be treated with two different prescription eye drops.

Accidental exposure to excess amounts of potent pesticides called organophosphates — which include the insecticide malathion, as well as some ant and roach sprays — can sometimes cause pupil constriction.

Along with pinpoint pupils, you may experience other symptoms, such as coughing, muscle weakness, rapid pulse and breathing difficulties.

Pupillary miosis can be the result of a head injury

When treating a recent head injury, one of the first examinations a doctor will do is to assess the responsiveness of the pupils. That’s because people who have experienced head trauma can sometimes end up with pinpoint pupils, which suggests there may be inflammation in the eye from injury or hemorrhage. In these cases, miosis can also be due to medications given for pain, such as opiates.

Cigarette smoking and vaping may cause pupil constriction

In research comparing tobacco smokers and nonsmokers, it was found that cigarette smoking can lead to pupil constriction. This is likely due to the effect of nicotine on the eye, and suggests that vaping, which may contain unregulated amounts of nicotine, might also have the same effect.

Horner’s syndrome can cause miotic pupils

Miosis is sometimes the result of a rare condition called Horner’s syndrome, which is caused by disruption of the nerve flow on one side of the face, commonly because of a tumor, stroke or spinal cord injury.

While some people experience just one symptom, typically, those with Horner’s syndrome have all three of the following signs:

Horner syndrome must be diagnosed by a doctor who can determine the cause and the correct course of treatment.

Cluster headaches can lead to pinpoint pupils and drooping eyelids

Cluster headaches are extremely painful headaches that can last up to a few hours and occur in clusters (cyclical time periods) that sometimes persist for weeks to months.

They have been associated with miosis and ptosis, as well as tearing and redness of the eyes, stuffy nose and swollen eyelids.

Cluster headaches tend to affect young adults — starting in one’s 30s — but they usually decrease and go away by the time someone is in their 70s. Strong odors, alcohol and even napping can trigger cluster headaches. A doctor is necessary to diagnose and treat cluster headaches.

Visit your doctor if you notice persistent changes in your pupil size. Your doctor will examine your eyes and note whether one or both eyes are affected, whether the pupil changes at all in response to light and how long it takes for the pupil to respond.

Remember that miosis itself is not a disease, and it is not necessarily painful or dangerous on its own,  but it may offer your doctor valuable information about your medications or an underlying condition — and what to do about it.

If you have constricted pupils because of a medication, for instance, it may be possible for your doctor to simply prescribe a comparable drug without that side effect.

Your doctor will also ask about any other symptoms you are experiencing, as that may point to a larger health issue that will need to be addressed.