How bad was Harry Potter’s eyesight? 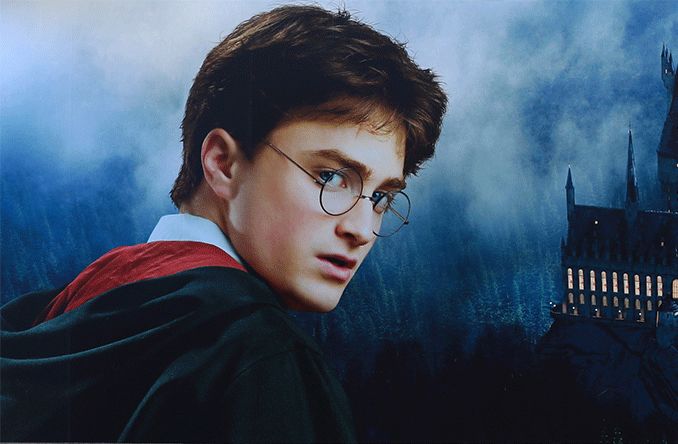 Of every fictional character who has made a statement with their eyewear, Harry Potter is inarguably one of the most notable. His famous round frames remained iconic throughout the entire series of books and movies, and became one of the most recognizable symbols of the franchise.

But exactly how bad was his eyesight? And was he nearsighted or farsighted? Well, (in the film version) according to his pal, Hermione Granger, Harry’s eyesight “really was awful.” And he suffered from a common eye condition called myopia, or nearsightedness.

How do we know Harry Potter is nearsighted and not farsighted?

One passage from Harry Potter and the Goblet of Fire reads, “Harry opened his eyes blearily. Someone had removed his glasses. He could see the fuzzy outlines of Mrs. Weasley and Bill close by.” This tells us that Harry needs his glasses to see things in the distance.

“Harry, your eyesight really is awful.” - Hermione Granger, Harry Potter and the Deathly Hallows: Part I

It is also evident that his eyesight is quite poor, since even the close-by outlines of two people appeared to be blurry. The same is true for many myopic people and fictional characters.

The fact that he wears his glasses to see things throughout the day is also an indicator of nearsightedness.

You may be thinking, “Harry Potter lived in a world of magic, so shouldn’t he be able to fix his poor vision with a spell?” Many fans speculate that Harry became nearsighted due to the same curse that caused the lightning-shaped scar on his forehead — and in the wizarding world, disabilities caused by magic are nonreversible.

What inspired his glasses in the first place?

Author J.K. Rowling explained in an interview that she wrote the character of Harry Potter with glasses as a nod to her childhood.

“I had glasses all through my childhood and I was sick and tired of the person in the books who wore the glasses always [being] the brainy one, and it really irritated me and I wanted to read about a hero wearing glasses,” she said in a 2005 press conference.

Whether you identify as a wizard or a “muggle” (a Potter-ism for non-wizards), keeping your vision sharp and healthy is important. Correcting your vision is easy to do with eyeglasses or contact lenses if you are nearsighted or farsighted.

And if you are a big Harry Potter fan, you can even find prescription glasses that look just like his.

What are circle glasses?

What to know about round glasses