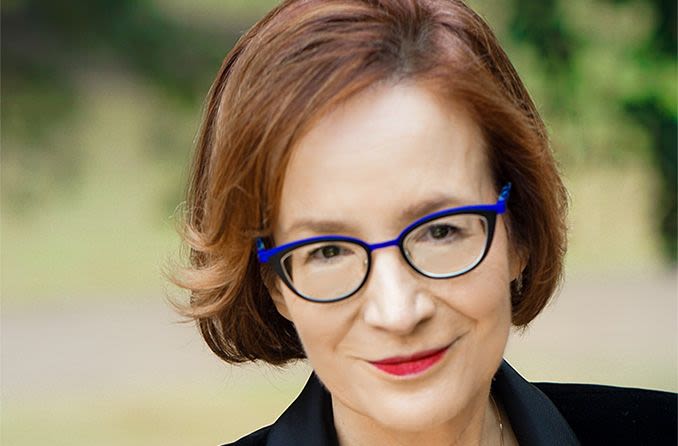 Before we plummet down the spiral of my addiction, please remember it’s legal in every state — and in Paris, France.

Glasses — they’re an obsession I can trace to my twin sister sitting on my specs when we were 8. I’m still scarred by the loss.

I’d like to think my next pair scored me my first kiss, from Charlie on the school steps during recess, proving pundit Dorothy Parker wrong: Boys do make passes at girls who wear glasses.

Years later, someone broke into my new Toyota and stole my mother’s original vintage Ray-Bans I’d stupidly left on the dashboard. I bemoaned the gone glasses more than the smashed window and cracked car door.

DO YOU HAVE A GLASSES ADDICTION? Find an optical store near you or online.

I learned about the just-launched Parisian brand Face à Face at their first trunk show in the U.S. Such bold shapes and colors, flattering to so many. Gawd, I couldn’t choose. So, I didn’t. I bought them all. 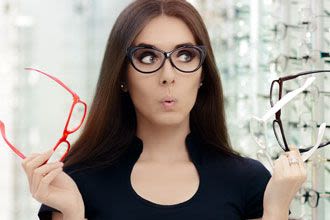 From that point on, I followed Face à Face like a groupie. Each time they returned, I was first in line to buy (and buy I did).

That year, I even trekked to their sole store in Paris, in what was then considered a seedy area on the outskirts of town.

At first, co-owner Nadine Roth and her daughter were perplexed at why an overly excited American had shown up — at that point, they were virtually unknown. Three pairs later, they understood.

I later graduated to an exclusive local glasses boutique — and believe me, the manager’s eyes lit up each time I entered. 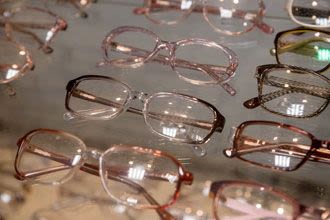 But I had needs beyond my addiction. My oversized Jackie O-inspired Armani shades literally fell apart with overuse. And my Sama tortoise-shell sunglasses broke clean when I tripped while speed-walking.

They had to be replaced. See? I don’t have a problem.

Yet I knew I was in big trouble on a flight to Manhattan when my seat happened to be next to my dealer of choice, the manager of my spectacle store. Lee — of course we were on a first-name basis — was on his way to the annual Vision Expo, a mecca for eyeglasses pros and the No. 1 event on my bucket list. Two and a half hours later, we both were dreaming about the new eyewear I’d buy.

When Lee died I went into mourning, and I didn’t buy any frames for more than a year.

But that break was no fix for my addiction. 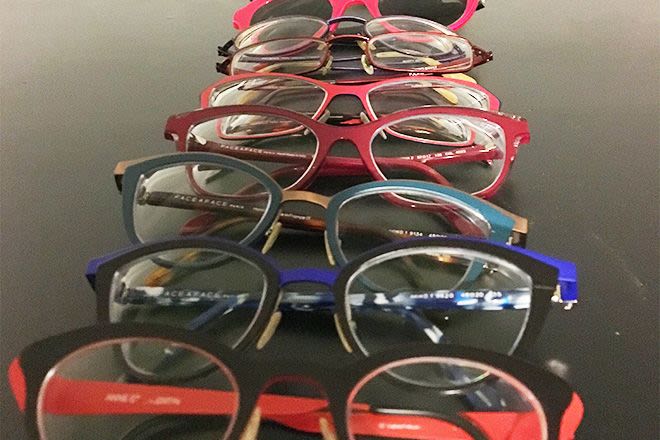 My husband must rue the day I entered the new eye boutique next to our lunch haunt. But enter I did, and I was introduced to Tina — my current “dealer” — and her gorgeous wares.

Since then, I sneak in when my hubby is otherwise occupied. What he doesn’t know won’t hurt me, right?

Like any addict, I gather with others of my ilk. My dermatologist admits to owning nine pairs from Tina. I confess to eight (wink wink). We show off our haul to each other. His nurse just rolls her eyes.

At least my brother gets me. When our parents died, he sent me a pair of glasses from each of them, no questions asked.

SEE RELATED: How many pairs of glasses do you need? 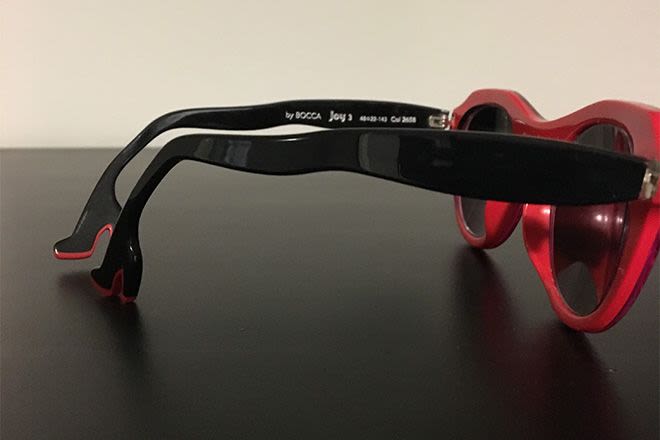 Now I’m turning others on to my passion.

My most recent low was flaunting to a 15-month-old neighbor my Face à Face Bocca sunglasses, which have Louboutin-soled feet at the ends of the arms (or should I say legs?). What stems!

She was unimpressed. Indeed, her expression was, “Who is this insane lady, daddy?” Maybe someday she’ll understand.

I admit to eight pairs because I’m ashamed to confess how many I truly own. Aluminum, titanium, acrylic. Burgundy, crimson, cobalt, forest green, red-tipped black.

I’ve got them all.

Right now, I’m drooling over Face à Face’s aptly named Pulse specs, which hike my pulse to lethal levels. I. Must. Have. Those. Glasses. With double temples, in black and crimson, and black and grape, I must have them. This won’t end well.

I suspect if I did, I’d be sitting next to rocker Lenny Kravitz in group therapy. He begged fans on Twitter in late September to return his vintage silver square-shaped frames, no questions asked. Kravitz even created an email address for tips (kravitzglasses@gmail.com). “They’re incredibly sentimental to me. They are vintage and belonged to a family member.”

Sure, that’s all it is. Sentiment. Right. An addict knows another addict.

READY TO SHOP FOR GLASSES? Find an optical store near you or online.

WHAT’S YOUR GLASSES STORY? Email us at admin@allaboutvision.com.

READ OTHER GLASSES STORIES IN THIS SERIES