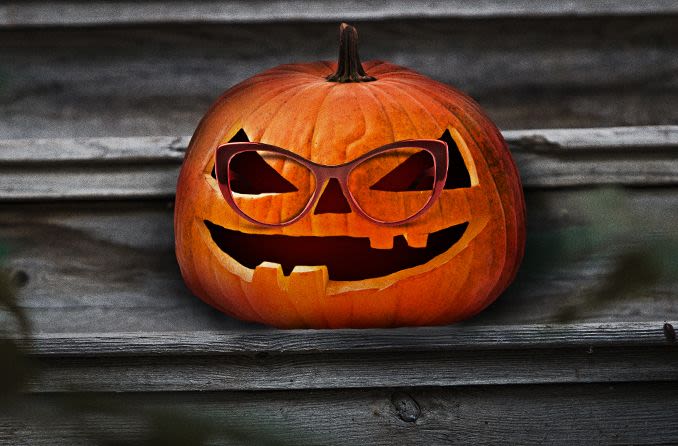 If you still haven’t decided on a costume for Halloween this year, consider this: You can use a single focal-point accessory, like glasses or sunglasses, to quickly and easily emulate your favorite celebrity or fictional character.

Here are some of the most recognizable, bespectacled looks you can dress for:

Even if you haven’t seen the classic 1980s film “Risky Business,” you’re probably familiar with its most iconic scene. Who can forget Tom Cruise sliding through his living room in little more than Wayfarer sunglasses, a white button-down shirt and underwear — all to the strains of Bob Seger’s “Old Time Rock & Roll”?

If you love the shades but prefer pants and R&B, consider a Blues Brothers costume. You’ll need a boxy black suit, skinny black tie, black fedora and a button-down white shirt to go with your Wayfarers.

Technically, you could do both costumes at the same time.

If you love throwback inspiration, you might want to add a bit of nostalgia to your non-costume. Round black frames are the hallmark of eccentric fashion icon Iris Apfel and the late comedian George Burns.

Don the frames and grab a fake cigar to go as Burns, or, if you’re more of a fashionista, go for an even heftier pair of glasses to embrace Apfel’s motto: “More is more.” Add big colorful necklaces and bracelets, and anything else you like to complete the Apfel look.

Easier-to-recognize characters with big round black frames include Waldo from the “Where’s Waldo” books — just grab a red-and-white-striped shirt and hat — and Edna Mode from “The Incredibles” — all you need for Edna is a plain black dress, black tights and a red scarf.

HAVE A COSTUME IN MIND BUT JUST NEED THE GLASSES? Find an optical store near you or online. (Or look in the glasses bin at your neighborhood thrift store.) 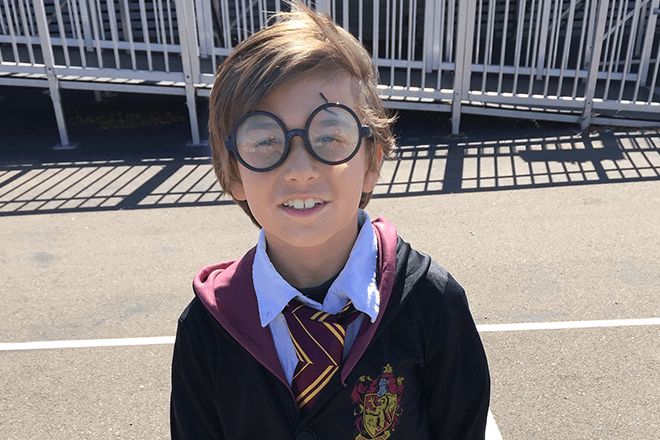 Fans of the Harry Potter franchise can also get in on the round frame action, but wire frames will suit your needs better.

Once you have the glasses, use an eyebrow pencil to draw on Harry’s iconic lightning bolt scar. And just like that, faster than you can grab a handful of Bertie Bott’s Every Flavour Beans, you’ll have the perfect wizarding look!

Love Hogwarts but want something a little different? Albus Dumbledore, Professor Trelawney, Luna Lovegood and Rita Skeeter also wear glasses and have their own unique looks. 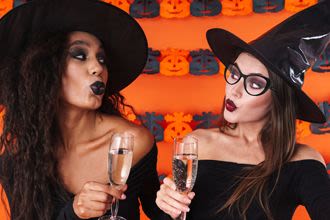 When you think of Audrey Hepburn, you probably picture her as Holly Golightly in “Breakfast at Tiffany’s,” the role — and look — that cemented her status as a style icon. Throughout the film, Golightly (Hepburn) uses her big cat-eye sunglasses to flirt, hide her eyes and complete her most glamorous outfits — a look you can recreate.

After finding the right shades, add a tiara, a big sparkly necklace and earrings, and long black gloves to your favorite little black dress, and voila! Instant icon. 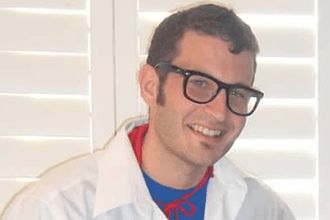 Even superheroes wear glasses, at least when they’re in their everyday blend-in-at-work or home attire. The bespectacled alter egos of Superman and Spiderman favor thick black frames for their optical needs, while Iron Man and Captain America opt for aviator shades to protect their eyes from the sun.

If you prefer to fly under the radar as the low-key Clark Kent this Halloween, you’ll want to slick back your hair and don a Superman shirt under a button-down white shirt and tie — that way you’re ready to whip off your glasses and fly into action, even at a moment’s notice.

Teen girl in a toon world

Or, if Tina and her thick black frames don’t cut it for you, other toon teens with a similar specs-and-skirt look include Velma Dinkley from the Scooby-Doo franchise — in shades of orange and red from head to toe — and Daria Morgendorffer from the eponymous MTV series — wearing round black frames with a yellow shirt, green jacket, black skirt and black combat boots. Angst is optional.

From classic Jackie O to revenge of the nerds 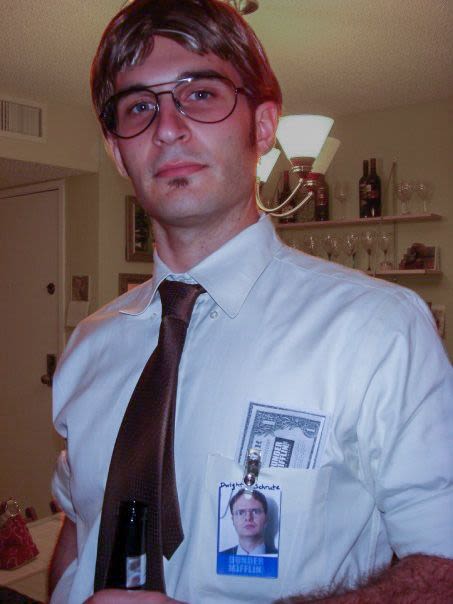 Best known for her tailored skirt suits, pillbox hats and oversized sunglasses, former first lady Jacqueline Kennedy Onassis also mastered the casual beach outfit — white linen pants with a navy T-shirt. But, if you’d be more comfortable with a quirkier look and feel, you have plenty of options.

Off-the-wall characters with extra-large glasses and their own sense of fashion include Dwight Schrute from “The Office,” Steve Urkel from “Family Matters” and Napoleon Dynamite from the film of the same name.

If you happen to have a monocle lying around the house, you have several costume options this Halloween: Uncle Pennybags from the Monopoly board game, the Planters mascot Mr. Peanut, Batman nemesis the Penguin, Colonel Mustard from the Clue board game and the Grand Duke from Disney’s “Cinderella.”

Several of these costumes require a top hat and suit, or at least a coat with tails, so this option might be more trouble (and expense) than it’s worth.

Looking for more inspiration? Check out this complete list of all your child's favorite book and movie characters who wear glasses.

FreshLook Colorblends colors give new meaning to eyewear that “pops”

What Contacts Did They Use In The Twilight Saga Movies?

How do I choose the best contact lens color?