Space changes your eyes in some pretty unnatural ways 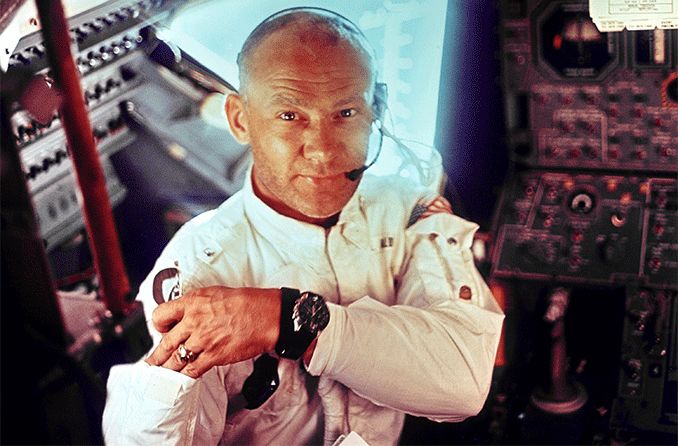 In 2009, astronaut Michael Barratt saw something strange in space.

He was in the middle of a six-month mission aboard the International Space Station when objects that used to look clear started looking blurry. Barratt asked crewmate Robert Thirsk to examine his eyes.

Thirsk saw the "classic signs" of a vision problem caused by extended stays in space. When Barratt returned the favor and examined Thirsk's eyes, he spotted the very same signs.

These weren't the first astronauts to experience vision changes in space. Four years earlier, John Phillips had similar problems on the space station.

But these days, astronauts aren't the only ones floating around in space. Billionaires Jeff Bezos and Richard Branson have both sampled low gravity. Even William Shatner managed to become a bonafide spacefarer five decades after captaining the Starship Enterprise. 🖖

Most notably, a group of four civilians with day jobs completed the three-day SpaceX mission, Inspiration4. They orbited the globe without a trained astronaut on board for the first time in history.

But for all the celebration that surrounds these off-planet vacations, it's easy to forget that the human body was never really meant to leave Earth. Inside the awestruck eyes of astronauts, things are changing — and the changes could be permanent.

Weightlessness physically changes the shape of your eyeballs

The complicated systems in our bodies have spent hundreds of thousands of years adapting to life with gravity. When gravity changes, things can go a little haywire.

One of these problems is space-associated neuro-ocular syndrome, or SANS for short. 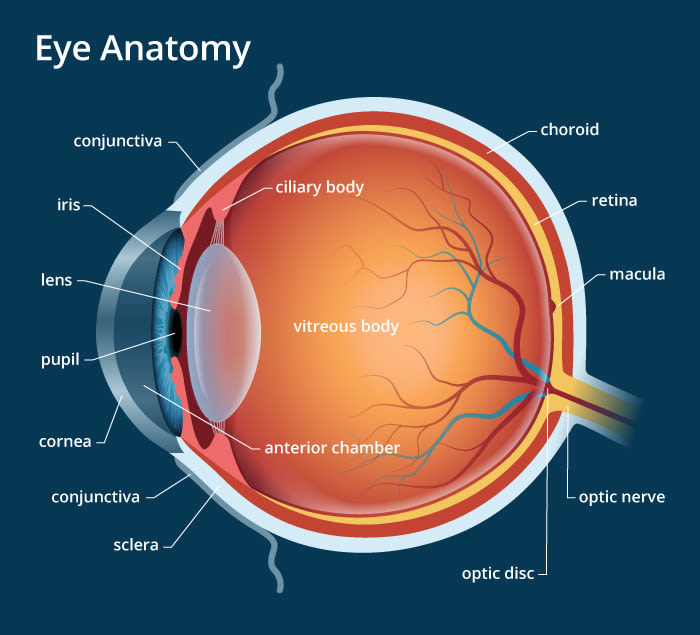 The condition isn't completely understood, but ongoing studies are slowly giving researchers a clearer picture of what goes on inside the eye.

A 2011 examination of ophthalmic findings in seven long-duration astronauts discovered some or all of these eye changes. In 2021, a case study including long-term astronauts Scott Kelly and Mikhail Kornienko showed more of the same results.

SEE ALSO: Why vision is your most important sense

Why does SANS happen?

Here on Earth, gravity causes fluid in the upper part of your body to put a certain amount of pressure on fluid in the lower parts of your body. This might sound like a lot of extra work, but the body naturally compensates.

In space, however, something called cephalad fluid shift occurs, and some of the fluid pressure that was pressing downward starts to shift up, toward the eyes and brain.

Researchers think this shift could play a big role in SANS, and that restoring some kind of balance could delay SANS and buy future astronauts more time.

According to the American Academy of Ophthalmology, several treatment options are being explored:

Fortunately for civilian space tourists, SANS doesn't appear to affect vision on short-term flights. Current evidence suggests those changes would take at least three weeks in microgravity. Globe flattening, on the other hand, could start as few as 10 days into spaceflight.

Are these changes permanent?

It's clear that some of the effects of SANS can last a long time. But how long, we don't know.

Optic disc swelling has been seen up to two years post-flight, but some cases of globe flattening were still seen seven years after the astronauts' return, a possible sign of a permanent change.

The 2011 study that analyzed seven astronauts’ ophthalmic findings surveyed an additional 300 astronauts (from both short- and long-term missions) and found decreased visual acuity at near and far distances. The study found that many vision changes "remain unresolved years after flight."

A more recent analysis, however, found that some cases of globe flattening had "partially resolved" a year after landing.

But there's a silver lining to all of this.

To date, SANS has never caused permanent vision loss. The most common lingering symptom is near-distance blurry vision, which can usually be solved by dialing up the vision prescription power in the astronaut's glasses or contact lenses.

The Inspiration4 crew used this portable ultrasound tool to monitor the inside of their eyes. [Image credit: Butterfly iQ]

Although private civilians, the Inspiration4 crew wasted no time studying low gravity's effects on their eyes, in addition to their neck veins, bladder and gallbladder. They used a portable ultrasound machine not so different from the ones used to monitor fetal growth.

Astronauts on the International Space Station can conduct even more in-depth eye studies, since they have a leg up in terms of time, training and available room on board.

Many of these tests are used in eye doctors' offices every day. They include:

These exams give researchers invaluable data toward better understanding space's effects on the human eye, and what — if anything — can be done about it.

Why eye research in space is so important

Astronauts who travel to the International Space Station often stay for many months at a time. In the not-so-distant future, humans who travel to Mars will face an even bigger challenge: travel time.

It took the Perseverance rover about seven months to get to Mars in 2020. But, unlike the rover, humans require a return trip. That means passengers can tack on another seven months to the original trip.

In fact, future trips to Mars are expected to last around three years in total. This is no small detail, and it's one more reason why the scientific research conducted on the space station — including the discovery of SANS — is so important.

"The idea of embarking on a long-duration flight to Mars without having made this discovery is mind-boggling," Michael Barratt told NASA.

"We would have had people taking voyages of up to three years and coming back with all these problems that would have taken us forever to figure out."

READ NEXT: Can I be an astronaut if I have myopia?

Changes in the optic nerve head and choroid over 1 year of spaceflight. JAMA Ophthalmology. April 2021.

What is the blind spot in my eye?