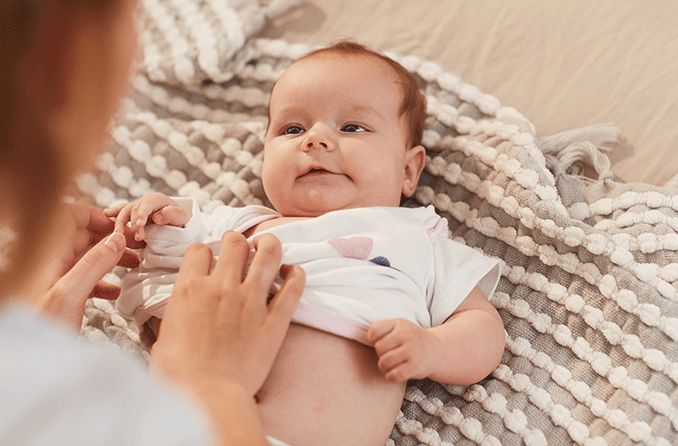 Opsoclonus-myoclonus syndrome (OMS) is a rare neurological condition that stems from an autoimmune disorder. The condition causes rapid, involuntary movements in the eyes and limbs. It can also cause impaired coordination, irritability and sleeping problems. OMS can affect both children and adults.

The disorder has several other names, including:

When ataxia is included in the name, it refers to the impaired coordination (uncoordinated movement) aspect of the disease.

Who does OMS affect?

OMS occurs most often in children between the ages of 1 and 3 years old. Experts have determined the peak age of onset to be at around 18 months. The disease may also be found in infants (children under 1 year), but this is not as common.

Adult-onset opsoclonus-myoclonus syndrome is rare but serious. If an adult develops OMS, it can quickly progress. It can lead to a severe disability within just four weeks.

How rare is OMS? It’s estimated that one out of every one million people around the world is affected.

OMS has many symptoms that can vary in order of appearance. Due to this, the International OMS Study recommends that three of the following four must be present for a diagnosis:

Other symptoms of OMS can include:

Note that opsoclonus is one of the primary indicators of opsoclonus-myoclonus syndrome. It is different from eye movement disorders such as nystagmus, though the two conditions can present similarly.

*Ataxia is often acute and develops in children within a matter of days to weeks. Opsoclonus often develops just days after ataxia becomes apparent, although it may be later for some.

Opsoclonus-myoclonus syndrome is caused by the immune system’s reaction to a tumor or viral infection. The most common type of tumor associated with OMS is called a neuroblastoma. A neuroblastoma grows in underdeveloped nerve cells.

In cases that are caused by a tumor, OMS is considered a paraneoplastic syndrome. Paraneoplastic describes conditions in which the immune system has an unusual response to a tumor.

With OMS, the way the immune system reacts to a tumor or infection is by attacking the nervous system. Antibodies are then formed elsewhere in the body. These antibodies attack the structure at the back of the brain called the cerebellum.

The cerebellum is what controls a person’s balance, movement, and motor and cognitive skills. When antibodies attack the cerebellum, this is what causes many of the symptoms related to OMS.

OMS cases in young children are primarily caused by tumors. Older children and teens are more likely to develop OMS from viral infections. And adults tend to contract OMS due to a response to tumors associated with breast and lung cancer.

To diagnose opsoclonus-myoclonus syndrome, a doctor will first look for the primary symptoms of the condition:

Further testing is needed for a full diagnosis. This can include:

Certain urine tests are also sometimes used to detect the presence of a tumor.

Opsoclonus-myoclonus treatment includes surgical and medical management, as well as various rehabilitation techniques. The degree and length of treatment varies by patient.

Surgical treatment is performed to remove the neuroblastoma if one is present. Some patients respond well to this method alone. Others may need additional care following the surgery to address any residual neurological problems post-op.

Medical treatment is used to address the immune system and involves medications such as:

A doctor may prescribe other treatment or medication on a case-by-case basis.

Rehabilitation is important for recovery from neurological problems associated with OMS. This includes speech, motor and cognitive problems. Some examples of this rehabilitation include physical, speech and occupational therapy.

It’s also important to monitor sleep and behavioral patterns during treatment. If either factor becomes a problem, a doctor may prescribe a medication such as trazodone for the patient. Trazodone is used to treat insomnia, anxiety and depression symptoms.

There is a very high survival rate for children who have opsoclonus-myoclonus syndrome. Tumors are usually not aggressive in this age group. That said, many children may continue to face cognitive and physical challenges. These can affect their thinking, attention spans and coordination after treatment.

OMS is much more harmful in adults. Tumors found in older individuals with OMS are aggressive and can even lead to death in some cases.

Treatment and rehabilitation are crucial for both children and adults who have OMS to achieve a full recovery. The earlier the management begins, the better.

If you experience unusual and unexplained eye movements and muscle spasms that are accompanied by insomnia or other symptoms of OMS, contact your doctor as soon as possible.

READ NEXT: What is a neuro-ophthalmologist?

Neuroblastoma presenting as opsoclonus-myoclonus: A series of six cases and review of literature. Journal of Pediatric Neurosciences. February 2017.

Diagnosis and management of opsoclonus-myoclonus-ataxia syndrome in children. Neurology: Neuroimmunology & Neuroinflammation. May 2022.

What is a neuro-ophthalmologist?