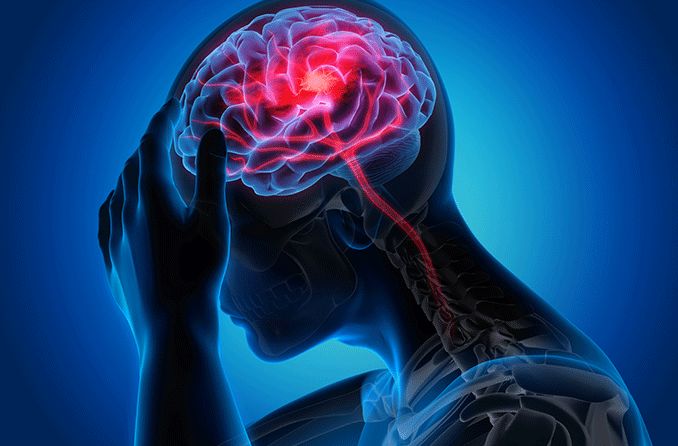 How does a stroke affect vision?

One-third of the brain is dedicated to vision. As a result, visual issues can be one of the first signs of a stroke. A stroke occurs when blood flow to the brain is interrupted, depriving it of oxygen and nutrients. Symptoms can include double vision, visual field loss and visual perception issues.

What causes a stroke?

A stroke occurs when blood flow to the brain is blocked or restricted, preventing oxygen and nutrients from reaching it. It is an emergency condition that needs urgent medical care. An immediate medical response can reduce the risk of permanent brain injury and complications from a stroke.

A stroke can be classified as:

A transient ischemic attack (TIA) is a stroke-like episode. The difference between a stroke and TIA is that a TIA lasts less than 24 hours and symptoms are temporary.

Vision is mostly processed in the occipital lobe of the brain, but the temporal lobe and parietal lobes also play a critical role. Injury in these areas of the brain will result in a wide range of visual impairments. A neurologist — a doctor who specializes in the brain — can evaluate the injury to the brain caused by the stroke, and the extent and type of resulting visual impairment.

How does a stroke affect the brain’s visual system?

A stroke can cause a wide range of visual symptoms, including double vision, blurry vision, visual field loss and higher-order visual processing difficulties.

Since a significant portion of the brain is dedicated to the visual system, there is a high probability that a stroke will affect vision. According to the American Stroke Association, about 65% of stroke survivors have vision problems.

When an area of the brain, such as the visual pathway, is deprived of oxygen and nutrients, the resulting brain injury maybe reversible. Some functionality may be restored, as long as the episode did not last too long and/or was not very severe.

However, if an area of the brain is deprived of oxygen and nutrients for a more prolonged period of time, or the injury to the brain is severe, some brain tissue may die. This is called an infarction, and the damage is permanent. In this case, the affected visual function will not be restored.

READ MORE: How does the brain control eyesight?

Although a number of people who experience vision loss from a stroke don’t achieve full restoration of their previous level of vision, recovery can occur in the months following a stroke, and rehabilitation can aid in this recovery.

Technology such as low vision aids, the use of prisms and other optical devices can help to manage symptoms of low vision.

READ MORE: Is double vision a sign of a stroke?

The brain interprets signals sent by the retina, the light-sensitive tissue at the back of the eye, as visual images. The retina has photoreceptor cells that convert light into electrical signals. The signals are sent via long fibers, called axons, that extend from the retina and eventually come together in a bundle to help form the optic nerve.

Also known as Cranial Nerve II, the optic nerve travels from the retina to a part of the brain called the occipital lobe, where visual images are processed. A stroke can damage the fibers of the optic nerve, resulting in visual field loss.

A stroke can affect an individual’s central vision, as well as their peripheral vision. A scotoma, which is a blind spot in one or both eyes, may result after a stroke. The type and amount of visual field loss depends on the location of the injury along the visual pathway.

Some types of vision loss that can occur include:

Vision loss in one eye

Vision loss will occur only in one eye if the injury is after (behind) the optic chiasm. This is where nasal optic nerve fibers from one eye cross over to the other side of the brain. Over three-fourths of individuals with this injury are left with decreased visual acuity.

Although rare, a stroke at the optic chiasm will cause vision loss on the temporal side (toward the ear) in both eyes. This is known as bitemporal hemianopia.

If the stroke injury occurs after the optic chiasm, vision loss on the left side or right side will occur. This is called homonymous hemianopia.

Another type of vision loss that can occur if the injury is after the optic chiasm is homonymous quadrantanopia. This is vision loss in the upper or lower quarter of the visual field.

A stroke injury at the level of the occipital lobe will result in cortical blindness. This means that, even though a person’s pupils react normally and their eyes are healthy, they are functionally blind because their brain is unable to process visual images.

Brain processes such as critical thinking, problem-solving and information processing are considered “higher-order.” A stroke at the temporal, parietal and occipital lobe can damage areas of the brain that are responsible for higher-order visual function. This damage can result in:

Visual symptoms caused by an injury outside the visual pathway

Some functions of the brain that affect the eyes or vision are located outside the visual pathway. For example: When an injury from stroke occurs in an area of the brain affecting the oculomotor nerves, the following symptoms may be seen:

Are there any warning signs of a stroke?

Transient vision loss, sometimes referred to as amaurosis fugax, can be a warning sign of a stroke. It is a temporary loss of vision in one or both eyes. The vision loss can be full or partial and it can last for a few seconds to 30 minutes or even longer.

A person experiencing transient vision loss should contact a doctor as soon as possible.

How do vision changes after a stroke affect daily activities?

Vision changes such as visual field loss, decreased visual acuity, inability to track objects and restricted gaze can result in difficulty with everyday tasks, including:

To get support and restore functions that may have been affected by a stroke, a knowledgeable team of health care professionals is crucial.

Can vision improve after a stroke?

In a number of cases, vision that was impaired by a stroke can improve afterward, depending on how long the blood flow was interrupted and the type and severity of the symptoms experienced.

Low vision specialists can help individuals who have developed a visual impairment following a stroke. These doctors are trained to examine and manage the visual needs of people with decreased vision or visual field loss by providing devices and resources that promote independent living.

It’s incredibly important to seek post-stroke care from neurologists, eye doctors, physical or occupational therapists, counselors and other health care professionals that specialize in treating individuals who have experienced a stroke.

How the brain recognizes what the eye sees. Salk Institute for Biological Studies. June 2017.

Visual impairment after a stroke. Archives of Physical Medicine and Rehabilitation. June 2016.

Why healthy blood pressure is important for healthy eyes