Alkaptonuria and ochronosis of the eye: Causes, symptoms and treatment 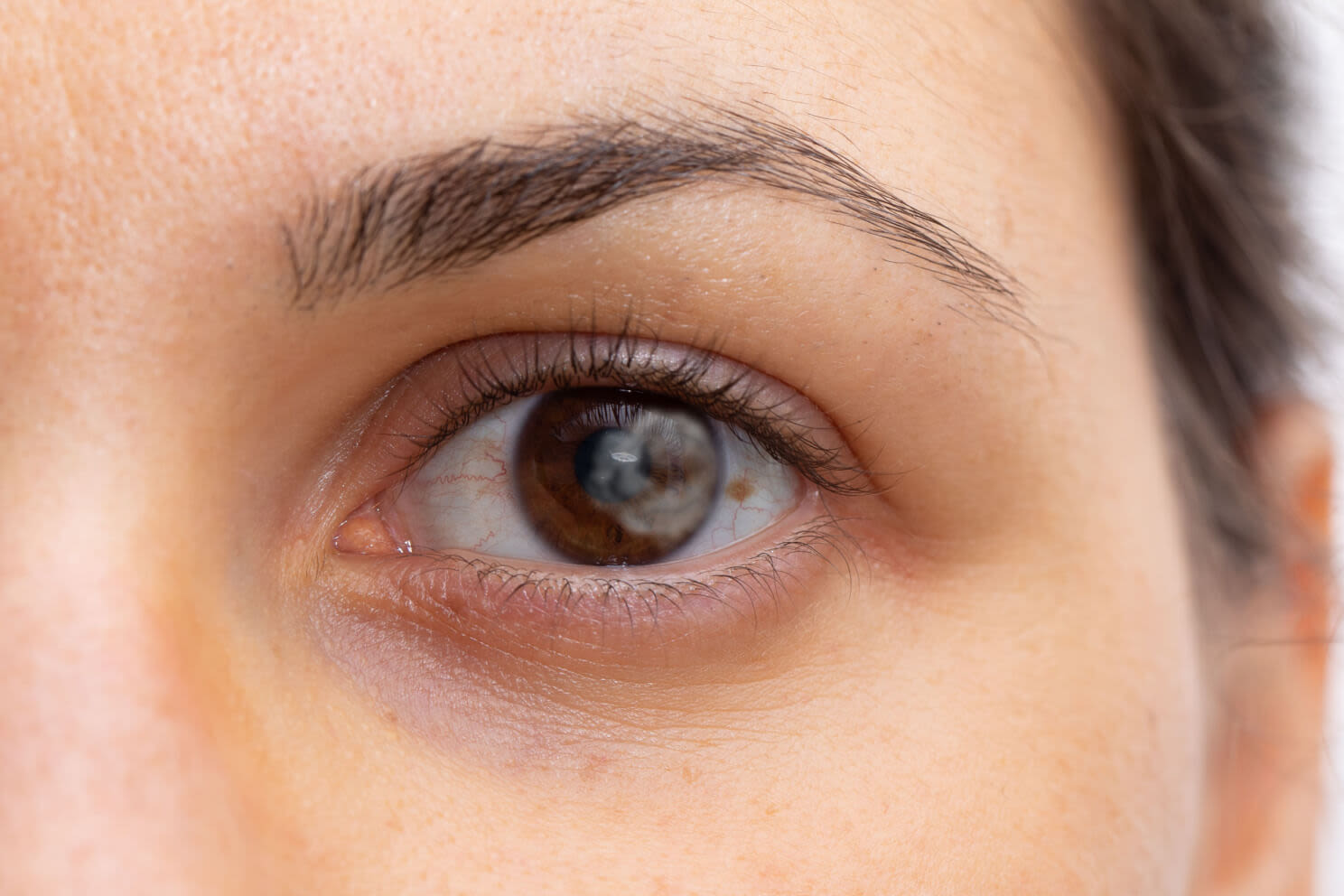 What are ochronosis and alkaptonuria?

Alkaptonuria (AKU) is a rare genetic condition that results from a metabolism disorder characterized by a breakdown in the amino acid tyrosine. AKU causes a condition known as ochronosis that results in an accumulation of homogentisic acid in the eyes, skin, cartilage and other connective tissues.

Ochronosis causes pigment to build up in deposits that can damage the joints, form renal stones and lead to heart issues. Pigment deposits in the eye are often noticeable, though their effect on the eye (if any) is unclear.

The most characteristic symptoms of ochronosis present as the hyperpigmentation of connective tissue. Connective tissue refers to fibrous tissues that support and protect other tissues and organs in the body. In AKU, ochronotic pigment is deposited in all connective tissues, especially cartilage.

Ochronosis can be found in:

The average age of onset for ochronosis-related eye symptoms is around 30. This is because homogentisic acid takes time to build up in tissues before hyperpigmentation occurs.

The most common ocular finding in ochronosis is hyperpigmentation of the sclera. The sclera is the white layer of the eye that functions as a wall of support.

Pigment in the sclera typically appears near the insertion of the extraocular eye muscles (along the outer edges of the visible eye). The pigment often begins as a pale gray color that becomes more brown over time as more pigmentary deposits are added. The shape and appearance of the pigment ranges from round or oval to even more diverse and irregular.

In addition to the sclera, ochronotic pigment can be noted in the conjunctiva and cornea of the eye. The conjunctiva is the clear cover of the sclera. The pigment here appears as small granules of brown pigment, differentiating it from the dense pigment deposits in the sclera.

The ocular pigment deposits in ochronosis do not appear to cause significant vision issues. However, the identification of ocular hyperpigmentation may contribute to the diagnosis of AKU and ochronosis.

Non-ocular symptoms of AKU and ochronosis include:

Treatment for alkaptonuria and ochronosis

AKU is a lifelong condition for which there is no specific treatment or cure. When treatment is provided, it aims to remedy specific symptoms rather than to treat AKU as a whole.

While there are no known treatments for the ocular hyperpigmentation that results from ochronosis, other symptoms of AKU can be treated through medication, surgery and physical therapy.

A number of treatment options aim to minimize the inflammation and pain that accompany many of the symptoms associated with AKU. Over-the-counter options such as NSAIDs (non-steroidal anti-inflammatory drugs) and vitamin C have properties that decrease inflammation.

READ NEXT: Nevus of Ota

The earliest sign of AKU is dark urine, or urine that turns black after being exposed to the air. It may take hours for the urine to darken, which is why it often goes unnoticed. If you notice dark stains on your child’s diaper, they should be evaluated for AKU.

On the ocular findings in ochronosis: A systematic review of literature. BMC Ophthalmology. January 2014.

Conjunctiva of the eye