How to prevent and fix red eye in photos 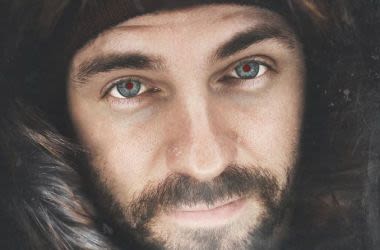 Don't look directly at the camera. Tell your subjects to look slightly away from the lens, so their eyes won't catch the flash at a direct angle. This will reduce the likelihood of red eyes in pictures.

Turn on your camera’s the red-eye reduction feature. Most modern cameras have this feature, which emits short flashes of light in quick succession before the camera actually takes the picture. These light flashes constrict your subject’s pupils, reducing how much light reflects back from the retina.

Digital photos. If you are using a digital camera, you can upload the photos to your computer and then edit out the offending red eyes with the "red eye removal tool" in a picture-editing program. Some applications have a "drag and drop" feature where you can pick up a color from the iris of the eye and place it over the parts of the eyes appearing red; other programs automatically correct the offending red eye for you.

Printed photos. If you've developed your camera film and notice red eyes in a photograph, you can remove the effect a special red-eye remover pen. You also can scan the photo to your computer and use a photo-editing program to remove the red-eye effect.

It’s possible you have pupils that are relatively large in size. If you have large pupils, you're more likely to have red eyes in pictures. Even with large pupils, however, avoiding looking directly at the camera will reduce the likelihood your eyes will appear red in photos.

Why do my dog's eyes shine different colors in photos?

White, yellow or green glow reflecting from the eyes of dogs, cats, deer and other animals is caused a structure in the back of these animals’ eyes called the tapetum lucidum.

The tapetum lucidum is a special reflective layer in the back of many animals' eyes. When light reflects from this layer, it causes the pupils of these animals to glow in a variety of colors.

The tapetum lucidum contributes to the superior night vision of some animals.

Buying eyeglasses online or in person: Your choice

The best way to clean your glasses

Blue eyes: Is everyone with blue eyes related?