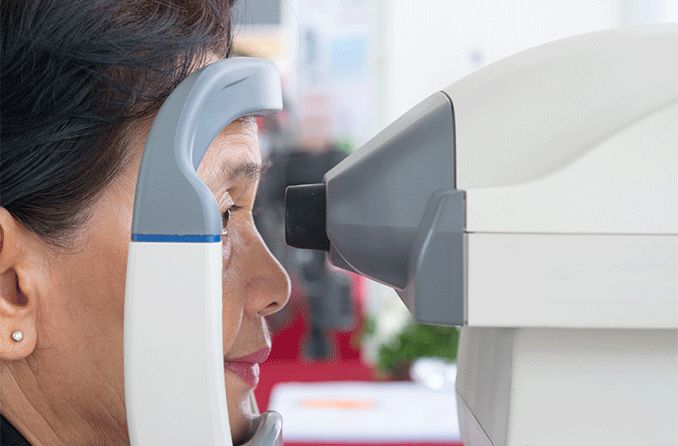 What is secondary glaucoma?

Secondary glaucoma is glaucoma caused by any existing condition that raises internal eye pressure enough to damage the optic nerve. It can be treated both by managing the underlying condition that’s causing the issue and by taking medication or having surgery to lower the eye’s pressure.

Internal eye pressure, or intraocular pressure (IOP), can increase when the natural drainage of aqueous fluid produced within the eye is blocked or inhibited. With secondary glaucoma, the fluid movement and IOP are directly affected by another condition — such as an injury, other health issues, or side effects from certain medications.

Secondary glaucoma is less common than primary open-angle glaucoma, which develops on its own, not as the result of another condition, injury or other cause.

Increased IOP leading to optic nerve damage can stem from a variety of issues. For example, trauma to the eye can disrupt fluid movement or damage the eye’s drainage structures. Inflammation of the uvea (uveitis), diabetes, high blood pressure and certain medications — most commonly steroids — also can affect the eye’s ability to drain properly.

Secondary glaucoma can be sudden or gradual, depending on its underlying cause. If it is diagnosed before there is too much damage to the optic nerve, it could be resolved before there is permanent vision loss. However, peripheral vision loss is often the first symptom people notice, and by then it’s too late.

Only an optometrist or ophthalmologist can detect glaucoma and begin treatment before vision loss occurs. That’s one of the very important reasons that everyone should have comprehensive eye exams on a regular basis.

According to the Glaucoma Research Foundation (GRF), there are six main types of secondary glaucoma:

As the pupil contracts and expands, the iris may brush against the capsule holding the eye’s lens. This brushing can rub away very small flakes of the capsule, which are then carried by the eye fluid into the trabecular meshwork (part of the eye’s drainage system). If the trabecular meshwork becomes clogged or blocked by those flakes, increased IOP and glaucoma can result. [See article on pseudoexfoliation syndrome.]

Certain conditions, such as diabetes, can significantly affect the blood supply to the eyes. The body often tries to correct this issue by growing new blood vessels in the area; in diabetics, this is called diabetic retinopathy. It can also lead to glaucoma when the vessels grow inside the drainage angle and close it off.

In patients with pigment dispersion syndrome, tiny fragments of pigment from the iris can come free. These tiny pieces of pigment are washed into the eye’s drainage system, eventually creating a clogging effect as with exfoliative glaucoma above. If the blockage elevates the IOP enough, it can lead to optic nerve damage and glaucoma.

Traumatic glaucoma can develop when an eye injury causes increased IOP. For example, blunt trauma may displace the lens so that there is not enough space for the eye’s fluid to move freely, or it may change the size and shape of the drainage angle. It’s also possible for bleeding from an eye injury to clog the trabecular meshwork in the drainage angle.

Infections of the uvea (uveitis) may follow an injury, result from bacteria or a virus entering the eye, or occur in association with autoimmune or inflammatory conditions. An infection can sometimes produce enough swelling to slow the eye’s natural drainage and elevate IOP, and, if steroids are used in treatment, they can also increase IOP.

If a child’s glaucoma is caused by trauma, surgery or a pediatric genetic condition such as Sturge-Weber syndrome, Axenfeld Reiger syndrome or aniridia (complete or partial absence of the iris), it's considered secondary glaucoma. But if the cause for childhood glaucoma cannot be identified, it's considered primary.

While glaucoma can’t be cured or its effects reversed, it can often be treated successfully, limiting damage to the optic nerve and preventing further loss of vision. Certain forms of glaucoma may also be preventable.

For patients with secondary glaucoma, treatment must address both the elevated IOP and the glaucoma’s underlying cause. For example, prescription eye drops and oral medication may be used to lower IOP until the underlying condition — such as diabetes or an eye injury — is treated or under control. Some cases may also require laser surgery or traditional surgery.

No matter what type of glaucoma a person has, resulting vision loss can’t be undone. Regular visits to an eye doctor are the only way to detect primary and secondary glaucoma before significant, irreversible vision loss occurs.

Glaucoma and the importance of the eye's drainage system. Bright Focus Foundation. April 2018.

Medically reviewed on Wednesday, May 5, 2021