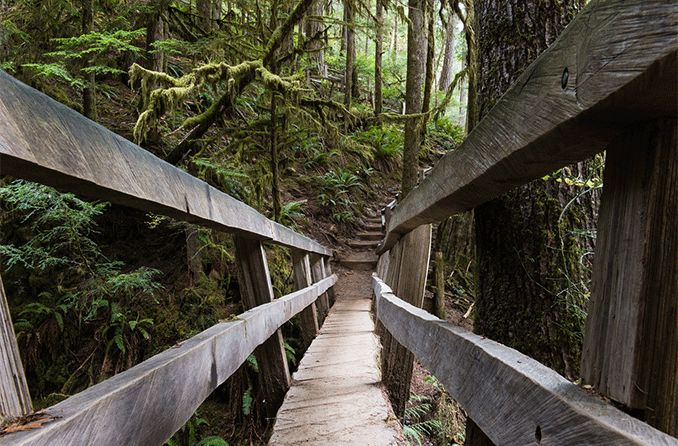 What is depth perception?

Depth perception allows us to see the world in three dimensions and to judge the distance and movement between objects and ourselves. Light rays enter the pupil and land on the retina, forming two-dimensional images. The brain processes these images and interprets them as a three-dimensional representation of the world around us.

When we look around, our eyes gather information on the size, location, brightness, clarity and movement of the objects around us. The optic nerve sends this visual information to the brain.

READ MORE: How does the brain control eyesight?

What are the binocular cues for depth perception?

Our brain calculates depth from all the available cues the eyes receive from our environment. Clear binocular vision is an important cue for the brain to calculate the distance and movement of objects around us.

The fact that our eyes are set about 6 cm apart results in slightly different images in the left and right eyes. This difference is called “binocular disparity.” It is the most important binocular depth perception cue.

The brain combines the clear images from the left eye and right eye. It processes these two images as a single, three-dimensional image. This is called stereopsis.

Stereopsis requires that both eyes see clearly. Otherwise, monocular depth cues must be relied on.

When you look at an object at a close distance, your eye muscles cause your eyes to angle inward. This is called convergence. The extra effort to turn the eyes inward provides the brain with a depth cue.

Convergence is a weak depth cue and is useful for objects up to 20 feet away.

What are the monocular cues for depth perception?

Monocular cues do not provide depth cues that are as accurate as binocular disparity. But monocular cues are still important and helpful. If only one eye is sending depth cues to the brain, your vision becomes less three-dimensional. You will still be able to gauge depth, just less accurately.

How fast objects move across the retina provides a depth cue for the brain. If you move your head from side to side, an object close to you will move more quickly across the retina than an object farther from you. From this visual signal, the brain can calculate relative distances.

The brain calculates the distance of an object by comparing its perceived size with its typical size. For example, if you see a house, the smaller the house appears to be, the farther away your brain determines it must be.

Objects that are usually the same size will be judged as closer when larger, and farther when smaller. If you look at a scene with two people, one person may appear much larger than the other person. The person who looks very small is perceived to be farther away, not actually a few inches tall.

If there are two overlapping objects, the brain perceives the nearer object as the one that is entirely visible. The object which is partially covered from view (or occluded) is perceived as further away.

Distant objects are perceived to be hazy and bluish due to light scattering by the atmosphere.

Ciliary muscles inside the eye contract to help focus on a near object and relax to focus on a farther object. This is called accommodation. These muscle contractions provide feedback to the brain about object distance.

What are the oculomotor cues in depth perception?

How do we use depth perception in everyday life?

Some examples of how depth cues are used are:

READ MORE: Sports vision skills you can practice at home

What issues do adults with poor depth perception experience?

Depth perception gives us information on our position relative to objects in our environment. Poor depth perception can lead to struggles with everyday tasks.

Adults with reduced depth perception may have difficulty with:

What issues do children with poor depth perception experience?

Children with reduced depth perception may have difficulty with:

What are some causes of depth perception issues?

Difficulty with depth perception can be caused by improper functioning of the eye muscles. It can also be caused by uncorrected refractive errors or damage to the retina or optic nerve.

Conditions that may result in depth perception difficulties include:

How can I test my depth perception?

Depth perception can only accurately be tested as part of a comprehensive eye exam at a doctor’s office.

To get a general idea of your depth perception, you can perform an initial at-home test by doing the following:

What are some depth perception tests used by doctors?

The two main categories of depth perception tests are:

Are there treatments to improve depth perception?

Modifying your environment – Improving lighting and creating contrast in kitchens and stairs.

Stereopsis: Are we assessing it in enough depth? Clinical & Experimental Optometry. July 2018.

Photoreceptors and their function in the eye

How far can the human eye see?