Visual perception - All About Vision 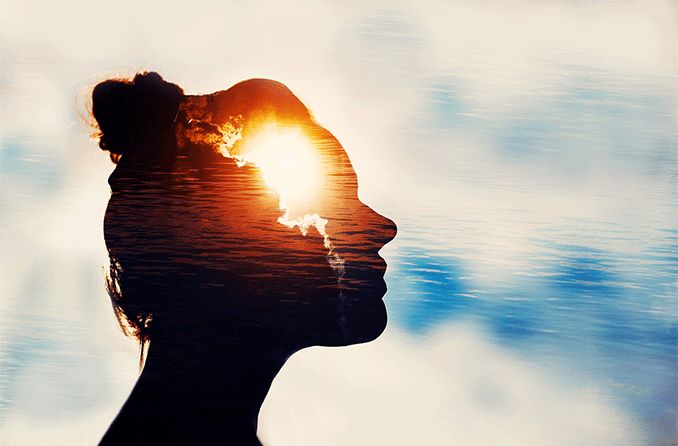 Visual perception combines light and optics to paint moving pictures in your mind. The process starts with visualization — how the brain transforms light impulses into eyesight. But visual perception is a much bigger concept because it helps you understand what you’re seeing.

Think of it this way: Movie images have a standard rate of 30 frames per second. In one tick of a clock, your brain processes 30 images in sequence, compares them with millions of images in your memory, mixes in the soundtrack and translates everything into a story that makes sense to you.

And that’s just one manifestation of visual perception, which captures all the processes that put pictures in your head and help you navigate the world.

If you’ve ever wondered about visual perception, read on for some of the most important concepts.

What are the primary sources of visual perception?

Of course, this is just a sliver of what’s going on. Indeed, entire professions and scientific disciplines are devoted to understanding visual perception. For instance, preschool teachers implement principles of visual perception to teach kids how to identify letters and name things in their environment.

The people who design user interfaces for software and smartphone apps understand how eyes, fingers and mental processes work together. This helps them decide where to put the app’s buttons and features so you can learn to use it without taking a six-week instructional course.

What are the main varieties of visual perception?

Visual perception places every image, shape or object you see in the context of anything nearby — in space, time and location. It’s also pulling in data from the memory centers of your brain to tell you everything you need to know, when you need to know it.

It’s so easy to take eyesight for granted that you forget about all the ways your vision system gets its work done.

Here’s a way to think about it: Picture a juicy cheeseburger — or a crisp salad if you’re vegetarian — and think about all the different ways you might perceive it visually. These are the primary varieties of visual perception:

All of these processes illustrate the brain’s uncanny capacity to fill in the blanks.

What are some fun or interesting visual perception activities?

Visual perception allows for a bunch of cool mind games. For instance, you can manipulate a digital picture of a strawberry to remove every shade of red while leaving the other colors intact. The strawberry in the picture will still look red because the brain plugs in the missing color from memory.

These kinds of optical illusions are popular visual perception activities. Why? Because they reveal what the brain works to make an educated guess when it can’t figure out what it’s seeing.

You’re not born with razor-sharp visual perception. Instead, you learn to get better at it over time. If you have young children in your household, you can help sharpen their visual perception skills with exercises such as:

What are the most common visual perception disorders?

Not all visual perception works as expected. People who lose vision in one eye may find their depth perception doesn’t work as well as it used to.

Disorders in visual perception often show up in young children. Child development experts use the varieties of visual perception outlined above to classify problems with kids’ ability to make sense of the shapes and images they see. Some kids have a hard time with certain letters and geometric objects, while others have issues with visual memory.

While they may seem related, dyslexia is not caused by problems with vision or visual perception. Rather, it is a learning-based learning disability.

Strokes and other problems in the brain may also cause problems with visual perception. Stroke survivors may deal with issues such as double vision and loss of depth perception. And mental health disorders like schizophrenia may cause hallucinations.

If you’re experiencing issues with your visual perception, an eye doctor can check your eyes to make sure everything’s working like it should. If there are no signs of any physical problems in your eyes, your doctor may refer you to a specialist who can help you figure out what’s going on.

Your eyes are liars: These strawberries aren't red. CNET. March 2017.

What is color vision?

What is an aura and how does it affect vision?