Is marijuana helpful when used for cataracts? What about CBD? 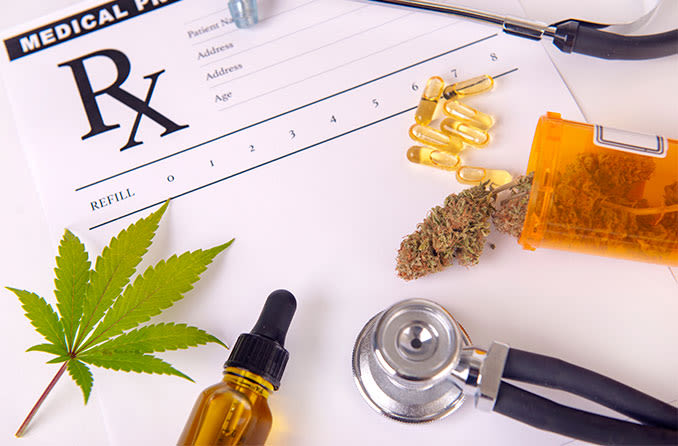 Your last visit to the eye doctor found the culprit for your foggy vision — cataracts. Your doctor said cataract surgery is the only proven cure, but you’d like to know your options before undergoing the procedure.

Perhaps you’ve heard that marijuana can help with glaucoma. Or maybe you’re using a form of CBD, marijuana’s hemp-derived cousin, for its anti-inflammatory and antioxidant benefits. What are your options?

Either way, the answer is the same: There’s no scientific proof that either marijuana or CBD help with cataracts. Though marijuana can ease glaucoma symptoms and CBD may relieve inflammation, they don’t have any proven benefits for people with cataracts. You’ll see why when you understand the causes of cataracts and glaucoma.

See related: Vaping, like smoking, may harm your eyes

Cataracts vs. glaucoma: How they’re different

Cataracts form on the eye's lens, a transparent structure in the eye that works much like a camera lens. Humans typically develop cataracts after age 40 because crystallin proteins within the lens begin to break down into tiny clumps that cloud the lens’s natural transparency. This cloudiness produces foggy vision that gets worse over time, especially after age 70. Cataract surgery removes the natural lens and inserts an intraocular lens (IOL) in its place.

Glaucoma, by contrast, afflicts the optic nerve. It happens because intraocular pressure squeezes the optic nerve, creating long-term damage that generates blind spots. Decades ago, as marijuana use became more popular, people with glaucoma started noticing that smoking marijuana took the edge off their symptoms.

Though marijuana has a proven impact on glaucoma, there’s no scientific evidence of any influence on cataracts.

What about CBD as a home remedy for cataracts?

So, marijuana and THC have no proven impact on cataracts. Is the same true for CBD?

Pretty much. CBD is short for cannabidiol, a chemical from the hemp plant that has become increasingly popular in recent years because it has no intoxicating effects.

Cannabidiol marketers claim it can reduce anxiety, pain and inflammation. These claims have not been verified by the U.S. Food and Drug Administration. Only one CBD-based medication, for a rare variety of childhood epilepsy, has FDA approval.

But what about cataracts?

As of mid-2020, there’s no scientific evidence that CBD helps with cataracts. However, according to a 2019 article in the medical journal Frontiers in Pharmacology, there is a growing body of research into possible natural or homeopathic remedies for cataracts. Again, these remedies do not have broad scientific backing so far, but they do suggest the possibility of eventually developing medications that can treat cataracts. Whether any of those medications would include CBD remains to be seen.

Is there any link between CBD and common cataract risk factors?

To answer that question, let’s consider the most common risk factors that contribute to cataracts:

None of these factors align particularly well with CBD’s suggested benefits. But what if we go to the root cause of cataracts? One potential cause of age-related cataracts is oxidation, which releases free radicals that damage the eye's lens. Antioxidants are compounds that target free radicals and reduce the impact of oxidation throughout the body.

CBD is said to have antioxidant properties. In principle, that could be helpful with cataracts. In reality, however, research finds that a healthy diet rich in fruits, berries, vegetables and seafood is the best source of antioxidants for fighting cataracts. CBD is an over-the-counter supplement that is by and large unregulated — so it’s difficult to be sure of a consistent dosage.

It’s also been suggested that CBD might help with anxiety, inflammation or pain after cataract surgery. Of course, you would have to talk that over with your surgeon, who would most likely prescribe FDA-approved medications for postoperative symptoms.

Get professional advice on marijuana, CBD and cataracts

A huge industry has sprouted around CBD and legalized marijuana. Just remember this market is driven largely by the profit motive — not medical science.

If you’re participating in this market, it’s best to ask your eye doctor and personal physician about the impacts of marijuana and CBD. Until an FDA-approved medication arrives on the market, surgery will remain the best cure for cataracts.

Of course, surgery is a serious decision. You may not be able to afford it. Your eyes may not be suitable for the operation. If you do opt for surgery, make sure to work with an experienced cataract surgeon, learn all the risks and follow all the directions for post-surgical healing.

Cataracts need not fog up your view of the world — as long as you’re clear on the best strategies for treating them. Until more reliable research emerges, don’t expect marijuana or CBD to be among those strategies.

Learn more about cataracts in these related articles:

Cataract treatment: is surgery the only answer?