An interesting and timely question!

If such an eye drop is possible and can be made available affordably, it could have far-reaching implications for the eye health of millions of people worldwide — particularly in developing countries where access to cataract surgery is limited.

And scientists might be getting closer to developing an eye drop that can reduce the severity of cataracts, if not prevent them. 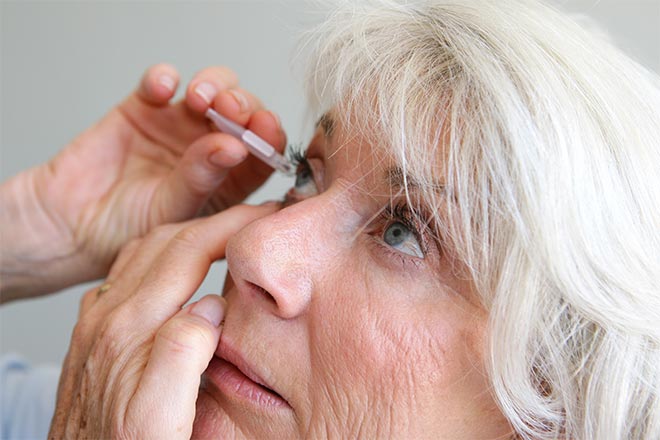 Researchers are working on eye drops that might prevent or even reverse some cataracts.

In a study published in the science journal Nature in July 2015, researchers in China, Saudi Arabia and California presented data that show injection of a compound called lanosterol (a precursor of cholesterol and steroid hormones) into eyes with a certain type of congenital cataract reduced the severity of the cataracts. [Learn more about lanosterol.]

And research conducted by scientists at University of California San Francisco, University of Michigan, University of Washington and Washington University School of Medicine has identified a compound capable of reversing cataracts that is soluble enough to be successfully administered as a topical (eye drop) medication for cataracts.

The substance, called "compound 29" at this point, was tested topically on mice, and the eye drops partially restored transparency to mouse eyes affected by cataracts.

Much more research is needed to evaluate the safety and effectiveness of cataract-dissolving eye drops on humans, and whether these drops also can prevent cataracts from forming in aging eyes.

Also, it is unclear whether improvement in the apparent clarity of lenses from use of cataract-dissolving eye drops will result in vision improvement comparable to that produced by cataract surgery.

Can Cataracts Cause Blindness?
Will I Need Glasses After Cataract Surgery?

Are There Different Types Of Cataract Surgery?

Can Cataracts Cause Blindness?

Can Cataract Surgery Be Redone?

Can I Have Cataract Surgery After LASIK?

Can I Have Cataract Surgery If I Have Glaucoma?

Can I Have LASIK After Cataract Surgery?

Can I Have LASIK If I Have Cataracts?

Does Cataract Surgery Cause Dry Eyes?

What Happens If Cataracts Are Left Untreated?

What Is A Secondary Cataract?

When Should Cataract Surgery Be Avoided?

Will I Need Glasses After Cataract Surgery?