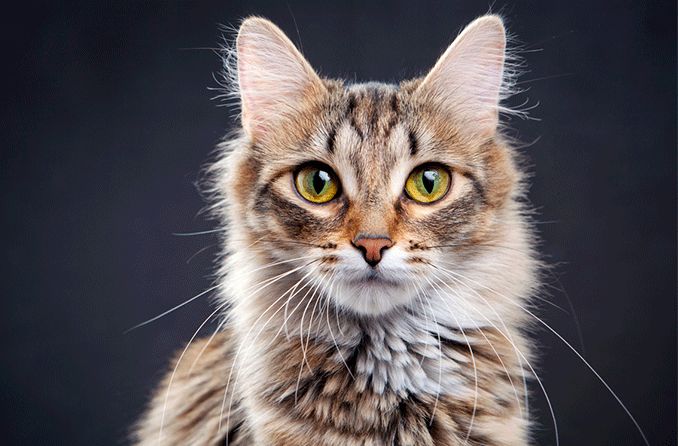 Our planet has around 9 million animal species, and nearly all of them have eyes. Animal eyes work in so many ways that it's impossible to capture all the amazing things they do in a single article.

The simplest eyes detect light and shadows and help creatures avoid crashing into things. The most advanced eyes capture a vast range of the light spectrum, perceiving the world in ways far beyond human vision.

A conventional vision system in the animal kingdom has eyes with light-sensitive nerves that transmit visual information to the brain. A few species have no brains but still boast really cool eyes.

This article touches on 11 questions and answers that capture some of the remarkable things about animal eyes and vision throughout the animal kingdom.

1. Do all animals have eyes?

Almost. About 96% of the animal kingdom has some kind of optical structures that create imagery from light waves and nerve impulses. The earliest known eyes in animals evolved 600 million years ago during the Cambrian Explosion.

Most animals with bones and spines (vertebrates) and some boneless ones (molluscs) have eyes with some form of lens that projects light waves onto light-sensitive nerves in the retina.

Nobody knows for sure. As this video from National Geographic explains, every animal on earth evolved over time in its own unique way. Thus, each species has specific mechanisms for perceiving light, color, depth, distance and other variables in its specific environment.

And most animals’ eyes connect to brains of wildly varying complexities. It’s fun to wonder what animals see, but without being able to literally see through their eyes or experience the rest of their nervous systems, we’ll never truly know.

3. Do eyes require a brain? Not if you’re a box jellyfish.

The box jellyfish has no brain but has 24 eyes, some of which share advanced structures of the eyes of vertebrates and cephalopods like the squid and octopus. Scientists don’t know why the box jellyfish has advanced eyes, which have image-forming lenses, given that the species doesn’t see much beyond light, shadows and shapes.

4. How sharp is a domesticated dog’s vision?

Dogs do not see as many colors as humans do, and their eyesight is not nearly as precise. Thus, human vision is better in some ways. However, our home-bound beagles and black labs trace their roots back to wild wolves, which helps explain why our dogs see much better in the dark than humans do: Their wolf ancestors needed it for night-long hunts.

5. Why do some animals seem to have glow-in-the-dark eyes?

Deer, cattle, horses and many other animals, including all kinds of cats (from tigers and mountain lions to domestic cats), have a mirror-like region on their retinas that reflects light waves back into their eyes, boosting their night vision. Shining a light into these animals’ eyes at night activates this region, known as the tapetum lucidum, giving their eyes a ghostly glow.

6. Why do house cats’ pupils have that vertical shape?

Humans have one thing in common with lions and other large, wild cats: round pupils. Domestic cats, by contrast, have distinctive pupils that are elliptical and vertical. Why the difference?

Small domesticated cats evolved in the wild to hunt close to the ground, and vertical pupils apparently improved their ability to find prey. Big cats, by contrast, evolved round pupils that are more compatible with their higher field of vision for hunting.

Horses, sheep and goats have pupils that are elliptical and horizontal. They evolved as prey animals and horizontal pupils give them a wider range of vision to help them spot predators.

7. Why are honeybees so great at finding flowers?

The compound eyes of a honeybee give it remarkable powers of color detection. Each of the honeybee’s eyes has between 6,900 and 8,600 lenses called facets. While honeybees’ field of vision is nothing like that of a human (what they see looks more like a mosaic), they can detect colors five times faster than humans. This speed — the fastest in the animal kingdom — helps bees find flowers quickly and zero in on their prized nectar.

8. Which animal has the biggest eyes?

The biggest eyes in the animal kingdom belong to the giant squid, whose eyes measure up to 10 inches across, according to the Smithsonian Institution.

Why does this squid need such big eyes? It’s like because the giant squid swims the ocean’s dark, murky depths, where it’s difficult to see anything. And those big eyes come in handy: One study noted that a giant squid could detect a sperm whale nearly 400 feet away.

9. What gives the bald eagle such precise distance vision?

A bald eagle soaring hundreds of feet above a river can spot a fish, swoop down and grab lunch with pinpoint precision. What makes this possible? Mostly, it’s the massive quantity of visual receptors called cones in a section of the eagle’s retina called the fovea.

Riding a horse is a bit like having eyes in the back of your head… literally — because a horse has expansive peripheral vision. A horse’s eyes, mounted on the sides of its skull, provide a field of view measuring 340 degrees (out of 360). That means a horse can see almost all the way around itself whatever direction it may be facing.

There’s just one hitch: A horse also has a blind spot — right in front of its nose.

11. Does a shrimp have the most advanced eyes of any animal?

Possibly. A crustacean called the mantis shrimp can have up to 16 kinds of photoreceptors, the cells that make vision possible. Humans, by contrast, have only three types of photoreceptors: for the colors red, blue and green.

Mantis shrimp have compound eyes like a bee or an ant. A couple of species have photoreceptors for ultraviolet, infrared and polarized light waves. This means they can perceive light in ways far beyond the capability of other animals. Still, they are shrimp, with tiny brains. Scientists aren’t sure what these shrimp do with all of that visual range... and so little brain capacity with which to discern all they see.

Evolution of sight in the animal kingdom. Webvision, University of Utah. July 2014.

Why do animals' eyes glow in the dark? All Things Considered, NPR. October 2008.

Mantis shrimp have the world's best eyes—but why? Phys.org. September 2013.

10 animals with unique or crazy eyes