Anisocoria: Why is one pupil bigger than the other? 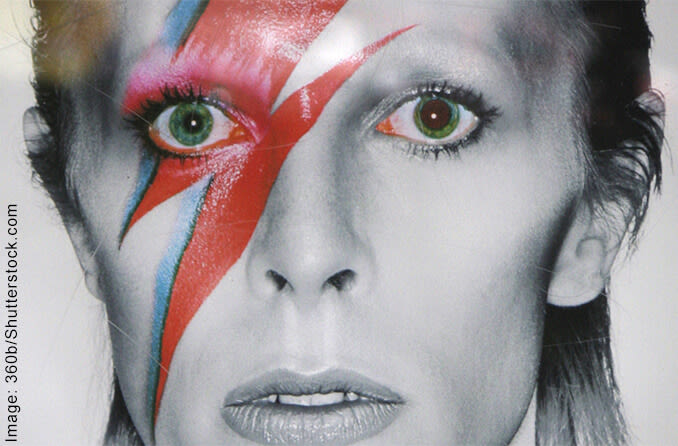 Look at your eyes carefully in a mirror. Does one pupil look noticeably larger or smaller than the other? If so, you may have anisocoria.

Many cases of mild anisocoria are normal and do not have any underlying pathology or history of trauma. Generally, these cases of anisocoria where one pupil is bigger than the other by less than 1.0 mm with no apparent cause are called simple anisocoria, benign anisocoria or physiologic anisocoria.

In one study of the prevalence of anisocoria, researchers photographed the pupils of 128 normal subjects in dim light for five consecutive days. Photographs were taken in the morning and afternoon each day. 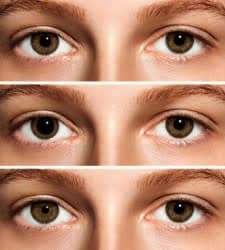 Fifty-two of the subjects (41%) had an anisocoria of 0.4 mm or more at one time or another during these five days. At any given photo session, a fairly constant number of subjects (19%) showed this amount of mild anisocoria.

The prevalence of anisocoria did not vary with the time of day or from day to day; nor was it influenced by the sex, age or eye colour of the subject.

Other research also suggests approximately 20% of the general population has mild benign anisocoria.

Horner's syndrome also can be differentiated from simple (benign) anisocoria by how quickly the pupil dilates in dim lighting. Normal pupils (including normal pupils that are slightly unequal in size) dilate within five seconds of room lights being dimmed. A pupil affected by Horner's syndrome generally takes 10 to 20 seconds to dilate in dim lighting or a darkened room.

Horner's syndrome typically is caused by an underlying medical problem, such as a stroke, tumor or spinal cord injury. But in some cases, no cause can be found.

There is no specific treatment for Horner's syndrome, but if it is associated with an identified medical problem, treatment of that condition might resolve the symptoms of Horner's, including anisocoria.

One of the most distinctive physical features of the late singer, songwriter and producer David Bowie was his eyes.

Many people believe his eyes were different colours — a condition called heterochromia. But the real reason for David Bowie's eyes being so striking was anisocoria.

Bowie was born with blue eyes. But a fistfight with a friend when they were teenagers left one of his eyes permanently dilated, giving that eye a much darker appearance.

What to do if you have anisocoria

If you or someone else notices that you have one pupil bigger than the other, see your optician immediately — especially if you have any of the following:

If the difference in pupil size is minor and your pupils react normally to tests your optician performs, there may be nothing to worry about. But you should have your unequal pupils evaluated by an eye care professional before you assume all is well.

If you have benign anisocoria and one pupil is bigger than the other, ask your optician about photochromic lenses. These eyeglass lenses will darken automatically in sunlight to reduce any light sensitivity (photophobia) you may be experiencing.

Photochromic lenses also will protect your eyes from harmful UV rays and high-energy blue light — especially the eye with the larger pupil if it doesn't react normally to light.

Disorders of the pupil. Ophthalmology Clinics of North America. January 2001.