A detached retina is a serious and sight-threatening event, occurring when the retina becomes separated from its underlying supportive tissue. The retina cannot function when these layers are detached. And unless the retina is reattached soon, permanent vision loss may result.

If you suddenly notice

spots
,
floaters
and flashes of light, you may be experiencing the warning signs of a detached retina. Your vision might become blurry, or you might have poor vision. Another sign is seeing a shadow or a curtain descending from the top of the eye or across from the side. 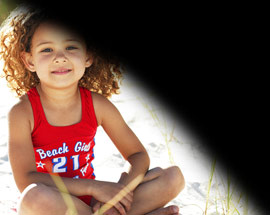 Seeing a curtain-like shadow coming down across your field of vision can be a sign of retinal detachment.

These signs can occur gradually as the retina pulls away from the supportive tissue, or they may occur suddenly if the retina detaches immediately.

No pain is associated with retinal detachment. If you experience any of the signs, consult your eye doctor right away. Immediate treatment increases your odds of regaining lost vision.

An injury to the eye or face can cause a detached retina, as can very high levels of nearsightedness. Extremely nearsighted people have longer eyeballs with thinner retinas that are more prone to detaching.

On rare occasions, a detached retina may occur after LASIK surgery in highly nearsighted people. Cataract surgery, tumors, eye disease and systemic diseases such as diabetes and sickle cell disease also may cause retinal detachments.

New blood vessels growing under the retina — which can happen in diseases such as diabetic retinopathy — may push the retina away from its support network as well.

Sometimes fluid movement in the eye pulls the retina away.

Surgery is required to repair a detached retina. The procedure usually is performed by a retinal specialist — an ophthalmologist who has undergone advanced training in the medical and surgical treatment of retinal disorders.

Generally, the sooner the retina is reattached, the better the chances that vision can be restored.

Surgical procedures used to treat a retinal detachment include:

If the detachment is caused by a tear in the retina, the surgeon usually uses a laser or a freezing probe to "spot weld" the retina firmly onto the RPE and underlying tissues and thereby seal the tear. If a laser is used, this is called laser photocoagulation; use of a freezing probe is called cryopexy.

Surgical reattachment of the retina isn't always successful. The odds for success depend on the location, cause, and extent of the retinal detachment, along with other factors.

Also, successful reattachment of the retina doesn't guarantee normal vision. Generally, visual outcomes are better after surgery if the detachment is limited to the peripheral retina and the

macula
is not affected.

One of the most famous people in history to have detached retinas was journalist, publisher and politician Joseph Pulitzer. Both eyes became blind when he was in his 40s, but he was able to run his newspaper empire regardless. 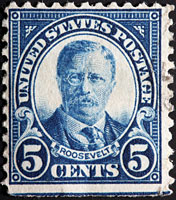 Stoudemire, whose eye was injured more than once, wore sports goggles during a few games, then stopped. After undergoing surgery to repair his retina, he pledged to wear goggles for the rest of his career. Since then he has promoted the idea of wearing sports goggles in many public appearances, including on the Late Show with David Letterman.

If you were to name a U.S. president who was also a sports figure, it would have to be Theodore Roosevelt, who was very fond of boxing. In a match during his presidency he received a punch to the head that reportedly caused partial blindness in his left eye (though some sources say it was earlier injuries that had caused it).

According to the American Academy of Ophthalmology, eye doctors now speculate that a detached retina may have caused Roosevelt's vision loss. Today we know that protective eyewear can help prevent retinal detachments, and immediate medical care after eye trauma may prevent long-term vision loss. — L.S.

Also: Can you guess which president had a lazy eye? And which one became nearly blind from bleeding in the retina?

5 ways to use your FSA for vision care

Fun and creative ways to spend your FSA dollars

What’s the difference between an HSA and FSA?

What happens to FSA dollars at the end of the year?

Anisocoria: Why is one pupil bigger than the other?

FAQs Related to Other Conditions, A-Z

Can Eye Rubbing Cause Keratoconus?

Can I Serve in the Military if I Have Keratoconus?

Eye Allergy Symptoms Q and A

Eye Doctor Q and A about Strabismus Surgery - AllAboutVision.com

Eye Doctor Q and A - Age-Related Macular Degeneration or AMD