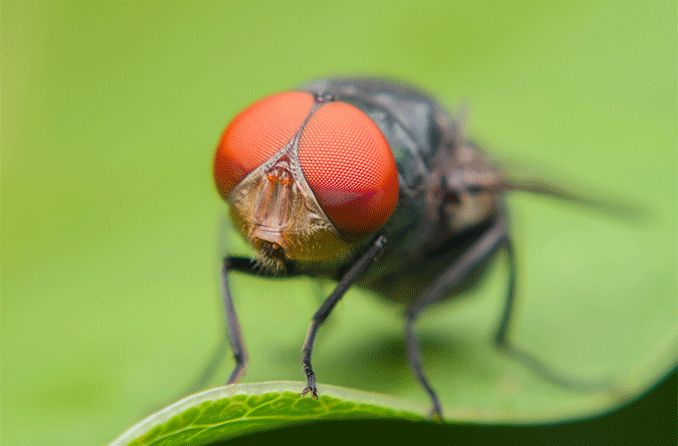 Trachoma is a serious bacterial infection of the eyes and one of the top causes of blindness in the world. The infection is rare in the United States, though it’s a common public health problem in 44 countries.

In the early stages of infection, trachoma can be cured with antibiotics, but people going through the later stages of the disease may require surgery as well.

It’s important to diagnose and treat trachoma promptly, as chronic trachoma infection can cause scarring on the eyelids and lead to irreversible blindness or vision loss.

Trachoma is caused by the highly contagious Chlamydia trachomatis bacteria. This bacteria is transmitted by direct or indirect contact with bodily fluids from the eye, nose or mouth of someone who is infected.

Some of the most common ways trachoma is transmitted include the following:

Because it can cause irreversible blindness, trachoma prevention is a serious public health issue. This requires available eye exams and medical treatment, access to clean drinking and bathing water, and fly control and waste management. In general, good hygiene practices, including face and hand washing, may help prevent trachoma infection.

Trachoma symptoms typically start between five and 12 days after contracting the infection. Common symptoms include:

It's impossible to tell just based on symptoms whether someone has trachoma, as symptoms are quite similar to those of other eye conditions, such as conjunctivitis (pink eye).

An eye doctor can diagnose trachoma by doing an eye exam and possibly sending a fluid sample from the eye to a laboratory for trachoma testing.

Your doctor will also consider your risk factors for trachoma — for instance, if you have recently traveled to one of the places where trachoma is common. Trachoma is prevalent in impoverished and more rural areas in Africa, Asia, Australia, Central and South America and the Middle East, where crowded living conditions and poor hygiene due to limited (or no) access to clean water can put people at risk of spreading infection.

Age may also play a role, since children ages 4 to 9 are more likely to get trachoma infection than teenagers and adults.

Trachoma infection has five distinct stages, but those who are treated early will not progress through all of them. The stages of trachoma are:

Ideally, those affected can receive trachoma treatment before stage three (eyelid scarring), which will help them recover with no changes to eye anatomy and no vision loss.

The two most common treatments for trachoma are antibiotics and trachoma surgery. Treatment will vary, depending on the stage of infection. In general, if detected early, antibiotics can sufficiently knock out trachoma and help prevent further spread of this infection, while more chronic cases may require antibiotics and a surgical procedure.

Treatment with antibiotics can easily and quickly cure trachoma infection in the early stages. The antibiotic typically used for trachoma treatment is azithromycin; this is given to young children as a syrup and to older kids and adults in the form of tablets.

In some areas where trachoma is widespread, a whole community can be treated at the same time as a preventative measure to stop the spread of the disease from person to person, according to the World Health Organization (WHO).

If trachoma goes untreated and turns into a chronic condition, those affected may develop eyelid scarring that, in turn, progresses to trichiasis (eyelashes turning inward).

Treatment of severe trachoma may involve several phases, starting with prescription antibiotics to clear up any active infection, and followed by trachoma surgery — and possibly eyelash removal — to stop eyelashes from scraping against the cornea and prevent vision loss.

People with severe untreated trachoma (or recurring infections) may develop serious changes to the anatomy of their eyelids that can require trachoma surgery.

There are two main types of procedures performed on people in the later stages of trachoma. These are:

It’s important to note that trachoma surgery cannot reverse vision loss or blindness, if either occurs. In order to preserve eyesight, surgery must be done before any vision loss occurs. In some cases, trichiasis can come back after surgery, which may require an additional procedure.

Regular eye exams can help detect trachoma, as well as other more common eye issues like myopia and glaucoma — though access to medical care is admittedly limited in impoverished countries where trachoma is more likely to occur, making prevention efforts more difficult.

Luckily, the prognosis is good if the infection is caught early and the infected person receives trachoma treatment before any lasting damage is done to the eyelids and corneas.

If you have trachoma symptoms, or if it's been a while since you had your eyes checked, be sure to plan a visit with an eye doctor for a comprehensive eye exam.

Are You Allergic to Your Sunglasses?