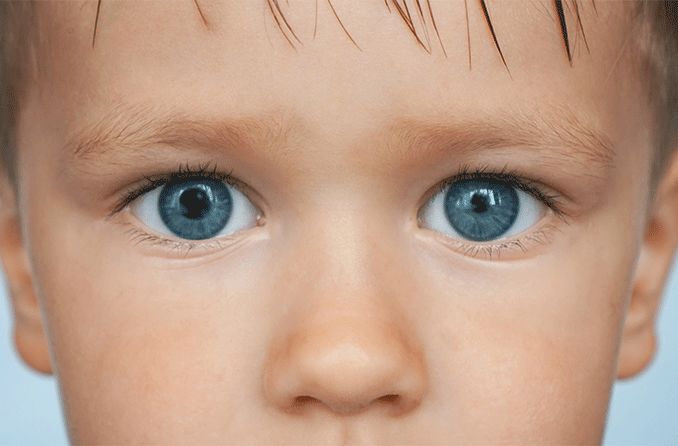 There are four main types of anisocoria:

Simple anisocoria — also called essential anisocoria or physiologic anisocoria — is the most common type of anisocoria. It’s a benign (harmless) condition that affects approximately 20% of the population.

In simple anisocoria, the difference in pupil size is usually 1 millimeter (mm) or less, and both pupils react normally to light. The presence of simple anisocoria does not appear to be influenced by sex, age or eye color.

The exact cause of simple anisocoria is unknown. It may be intermittent or constant, and sometimes it goes away on its own. 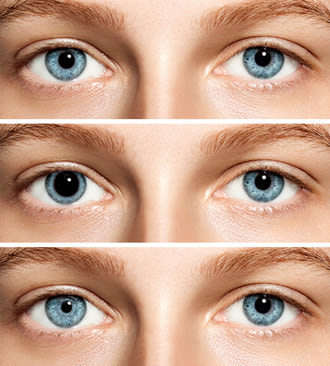 SEE RELATED: Small pupils: What do they mean?

Pathologic anisocoria is different pupil sizes due to an underlying condition or disease. Examples of conditions that cause anisocoria include:

Iritis is a form of uveitis (an inflammatory disease of the eye). Acute iritis is characterized by:

Iritis has many causes, including eye infection, underlying inflammatory diseases and trauma. Your eye doctor can treat the symptoms of iritis while the underlying cause of the condition is determined and controlled.

In some cases, anisocoria from iritis can remain after the iritis has been successfully treated.

Most people with Horner’s syndrome have these three signs:

Horner's syndrome typically is caused by an underlying medical problem, such as a stroke, tumor or spinal cord injury. But in some cases, no cause can be found.

Adie’s tonic pupil is a dilated pupil caused by damage to nerve fibers that control muscles in the eye that constrict the pupil. The affected pupil also reacts poorly to light. Adie’s tonic pupil occurs primarily in women between the ages of 20 to 40 years. In 80% of cases, only one eye is affected, resulting in anisocoria. In most cases, the cause of Adie's tonic pupil is unknown.

In addition to anisocoria, third nerve palsy also can cause:

Causes of third nerve palsy include:

If you or a family member develop symptoms of third nerve palsy, seek medical attention immediately.

Mechanical anisocoria is unequal pupil sizes from damage to the iris or its supporting structures. Causes of this type of anisocoria include:

Congenital anomalies of the iris also can be a cause of mechanical anisocoria. Examples include:

Tumors inside the eye also can cause mechanical anisocoria.

Pharmacologic anisocoria is unequal pupil size that occurs as a side effect of a medication.

Drugs that have been identified as potential causes of pharmacologic anisocoria include:

What to do if you have anisocoria

If you or someone else notices that you have unequal pupil sizes, see your eye doctor immediately — especially if you have any of the following:

If the anisocoria is minor and your pupils react normally to tests your eye doctor performs, there may be nothing to worry about. But you should have your unequal pupils evaluated by an eye care professional or neurologist before you assume all is well.

If you have anisocoria and one pupil is bigger than the other, ask your eye doctor about photochromic lenses. These eyeglass lenses will darken automatically in sunlight to reduce any light sensitivity (photophobia) you may be experiencing.

Photochromic lenses also will protect your eyes from harmful UV rays and high-energy blue light — especially the eye with the larger pupil if it doesn't react normally to light.