Using castor oil for cataracts: How might it help? 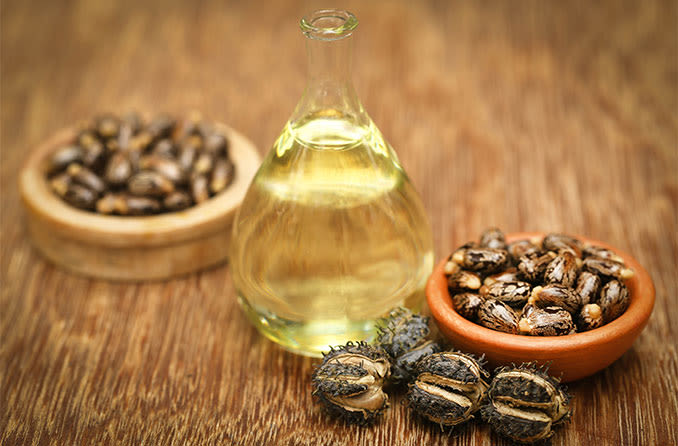 Cataracts can develop in eyes due to illness or injury, but most commonly, they develop naturally with age. Many patients undergo traditional or laser cataract surgery to remove cataracts, but there are other ways to seek relief — some of which can be done naturally at home.

Of these home remedies for cataracts, castor oil has become a new trend. Castor oil eye drops for cataracts may seem tempting to simply order online or pick up at a natural grocery store, but there are several factors (and dangers) to consider before trying them out.

Before we go any further, it is important to note that castor oil and castor oil eye drops are not interchangeable products. Plain castor oil should never be used in or around your eyes. Castor oil eye drops, on the other hand, may provide benefits for your vision when they are used properly. Here’s how:

Benefits of castor oil for cataracts

Though not scientifically proven, castor oil eye drops have been reported by doctors of naturopathic and holistic medicine to improve the vision of cataract patients.

How? When used properly, castor oil eye drops might indirectly help reduce cataract symptoms by improving function in other parts of the eye in the following ways:

Quality castor oil eye drops can also be affordable, but price should never be the primary determining factor when it comes to managing your eye health — especially for topical products.

Before you use castor oil eye drops (or any eye drops, for that matter), it is critical to discuss the benefits and risks with your eye doctor. Your optometrist or ophthalmologist is the best resource for suggestions for your personal cataract treatment.

How to use castor oil for cataracts

Some naturopathic doctors recommend administering castor oil eye drops at night, before bedtime. Suggested use for the drops? Apply 1-3 drops in each eye, then gently massage them in, allowing your eyes to absorb the oil. Dab any residue with a clean paper towel.

No matter what time you use your drops, it is critical that you are hygienic in doing so. Always wash your hands, use a sterile dropper and apply only to clean, dry and makeup-free eyes.

Use castor oil eye drops once a day, and absolutely never use regular castor oil as an alternative.

It’s also important not to stress your eyes by overusing products and contact lenses. Do not use castor oil eye drops in the following situations:

Disadvantages of castor oil for cataracts

There are major factors to consider before using castor oil eye drops, in addition to undesirable side effects.

While castor oil has been reported to reduce cataracts and dry eye symptoms, there is currently no scientific evidence to support the claims. Because there is no reliable medical data, there is a risk that comes with using castor oil eye drops.

The effects of castor oil may vary for each person, too, and for some, effects could even be dangerous. Until castor oil eye drops are medically approved and recommended for use by eye doctors, it may be in your best interest to seek out other treatments for cataracts.

Other essential oils that have been reported to help with cataracts include aniseed and coriander, which should both be taken orally. If you are searching for a natural remedy for cataracts, you may also try bilberry and turmeric, which have both been suggested to prevent cataracts from forming. Proper diet and nutrition have also been linked to potentially slowing the progression of cataracts.

As with any medical treatment, you should always consult your eye doctor before using castor oil eye drops or any other natural cataract remedy. They are not medically proven to improve cataracts and may cause more harm than good.