How to choose the best sunglasses for driving 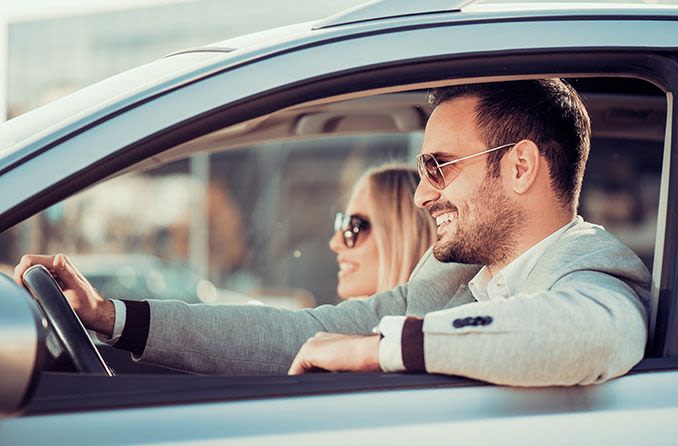 Safety and style with driving sunglasses

When you're making quick decisions at high speeds, the last thing you want is to be blinded by the sun. Using a pair of sunglasses for driving is a common first line of defense.

Nobody knows this better than a race car driver. Josef Newgarden has won 13 IndyCar races and scored his second championship in the NTT IndyCar Series in 2019.

"We're racing wheel-to-wheel at speeds faster than 230 mph, and having clear vision is very important," he says. "When you're traveling more than a football field per second, you rely on sharp, focused vision."

Newgarden looks for a few things when he selects his sunglasses. Style is at the top of his list.

"Obviously, I want them to fit my style, first and foremost," he says. 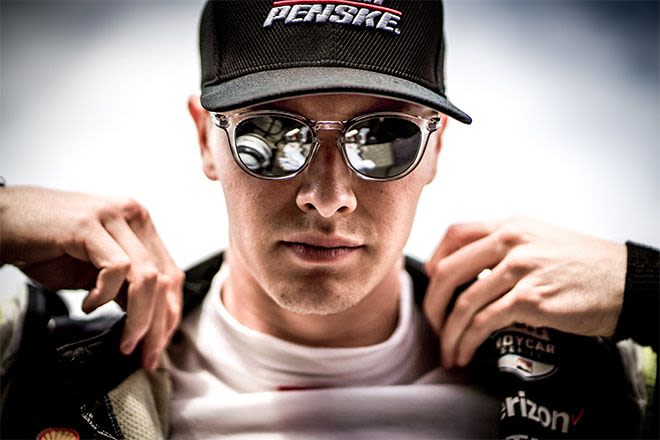 Newgarden may not wear sunglasses when he's racing — he wears a helmet with a built-in sun shield — but judging from his Instagram account, he wears sunglasses just about everywhere else. "Regular" driving included.

"We're in the sun a lot, so sunglasses are a big piece of my race day attire," Newgarden says. "I put them on the moment I leave the hotel and have them on all the way up until I put my helmet on.  As soon as I'm out of the car, they're right back on my face again."

As an Oakley sponsor, Newgarden has his pick of the latest models. "Honestly, I live in my Oakleys," he says.

"Oakley Latch is my favorite. It's the style I wear the most," Newgarden says. "The latch on the inside of the frame keeps me from dropping them when I'm running around at the track."

Latch has a flexible rim designed to withstand extreme conditions.

Newgarden is also a fan of Oakley Frogskin Lites, with a similar keyhole bridge but a half frame.

He's often in tortoiseshell frames with polarized Prizm lenses with a turquoise mirror coating. He's also been spotted in Latches with clear frames. The strong brow-line frame and rounded lenses look great on his square face.

What to look for in a pair of driving sunglasses

"Durability is also very important," Newgarden says. "We're on the road a lot, in and out of airports, at gritty racetracks, and my sunglasses can sometimes take a beating. Owning a pair that I know can withstand my lifestyle is key."

For your next pair of driving sunglasses, take these factors into consideration:

What are the best sunglasses for daytime driving?

Polarized lenses are a popular choice for daytime drivers, especially during bright conditions. The lenses include a special coating designed to reduce the intense glare caused when sunlight reflects off asphalt, buildings and other cars around you.

Polarization also helps eliminate glare during hazardous driving conditions, including wet pavement, snow and blinding sun. Opt for non-polarized lenses during icy conditions, though. This is one situation where you want to see the reflections coming off otherwise hard-to-see icy patches.

Good polarized sunglasses not only protect your eyes from harmful UV rays, they show you the world in better color contrast, clarity and detail.

"A quality lens is something I look for in sunglasses, because I'm constantly outside," Newgarden says. "The right lenses provide added contrast to help you pick out those little bits on the track that can slow you down, ultimately helping me perform at my best."

Non-polarized sunglasses can be helpful for daytime driving too — just make sure they can enhance and protect your vision as a driver. Look for high-quality lenses that increase contrast and detail with enough curvature to cover your peripheral vision and help reduce eye fatigue as the miles roll by.

Which glasses are best for night driving?

While few drivers have the sun setting in their eyes while racing at 200+ miles per hour, many people are on highways at that time. If you drive to work, you may find yourself in that situation every day in rush-hour traffic, surrounded by competitive drivers who only think they can drive like Mario Andretti or Josef Newgarden.

"At many of our night races, we start before the sun sets. So, we race through the late hours in the day where there's a ton of glare and the sun is shining directly into your eyes," Newgarden says.

"There are definitely moments where it feels a little uneasy racing wheel-to-wheel at those speeds with almost no vision," Newgarden says.  "Thankfully, I haven't had any emergency scenarios due to it, but it definitely picks up your heart rate a bit!"

Driving when the sun is low in the sky and directly in your line of vision can be temporarily blinding. When there's a curve in the road, the sun can pop up at unexpected spots, rendering a visor almost useless.

Once the sun goes down, you're dealing with a different problem: reduced visibility and glare from oncoming headlights. This is where a different lens coating helps on your regular glasses: anti-reflective (AR) coating, also known as "anti-glare" coating.

Anti-reflective coating reduces the distracting reflections that bounce around your eyeglass lenses, including those caused by bright headlights and streetlights.

AR coating can come in particularly handy as you get older, when it gets harder for your eyes to see in the dark and adjust to the stark contrast between the darkness around you and oncoming bright headlights.

You might see products marketed as "night driving glasses" with yellow- or orange-tinted lenses, but try to avoid them. Wearing these lenses can actually make night driving more dangerous.

SEE RELATED: How safe are older drivers at night?

The importance of vision on the road

Just how important is eyewear when you're driving?

"Very important," Newgarden says. "Driving at high speed is all about precision. When you're driving cars on the edge of the limit, one small mistake can end the fun pretty quickly. It's a high-risk game, but there's no better feeling than putting together that perfectly precise lap."

Driving, in general, can be a high-risk game. Clear, unobscured vision can help you navigate your own high-speed driving and react quickly to the moves of other drivers. So protect those eyes and drive safe!

What are polarized sunglasses?

What are the best sunglasses for driving?