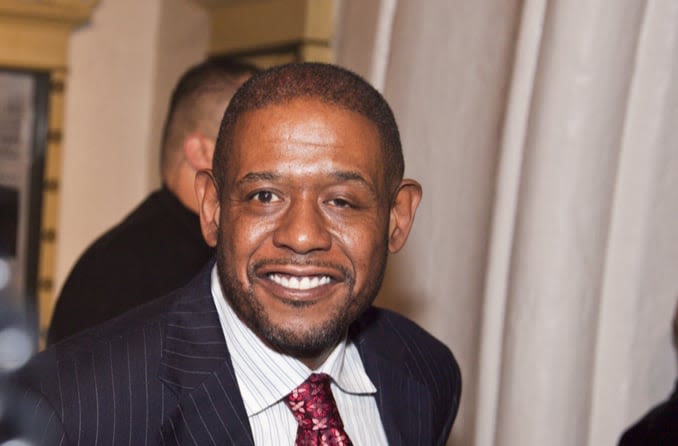 Ptosis, or “drooping eye” as it is more commonly called, is a benign ocular condition that can cause the upper eyelids to sag. Celebrities Forest Whitaker, Thom Yorke of Radiohead, Paris Hilton, Kate Hudson and Tegan Quin of Tegan and Sara are just some of the famous faces who have ptosis.

But you may not have even noticed that they have ptosis. Many actors and actresses with ptosis have used the eye condition to their advantage, allowing it to give more depth to the characters that they portray.

While some people with ptosis might worry that their eye condition could possibly hold them back from obtaining their professional goals or cause their appearance to suffer, these celebrities with ptosis have proven that the eye condition is not only a manageable one, but it should not hold anyone back from achieving their dreams.

Which celebrities have ptosis?

Two of the most notable celebrities with ptosis are film and stage actor Forest Whitaker and Radiohead frontman Thom Yorke. These two talented and much-lauded artists in each of their respective fields have not let ptosis keep them from achieving tremendous success.

In Forest Whitaker’s case, he was born with ptosis in his left eye. After he became a widely acclaimed actor, some critics even noted that his ptosis has helped him in his portrayal of more complicated characters. Whitaker himself has said that he has considered corrective surgery, not for cosmetic reasons but because his ptosis can sometimes block his field of vision in his left eye.

Thom Yorke’s ptosis is an example of the condition occurring as a result of ocular surgery. Yorke was born with no eyelid movement at all in his left eye. In an attempt to correct the condition, Yorke underwent five operations by the age of six. While the operations successfully enabled Yorke to see out of his left eye, they also caused his left eyelid to droop.

While Yorke has admitted that his ptosis made him self-conscious as a child, he now appreciates the unique appearance that his condition provides.

Hooded eyes is a condition that is similar to ptosis and can also cause eyelids to appear to be drooping slightly. There are also a number of celebrities, many of whom are considered to be among the most beautiful women in the world, who have hooded eyes. Blake Lively, Kate Hudson, Jennifer Lawrence and Eva Green are just a few of the female celebrities whose hooded eyes have actually added to their on-screen appeal and beauty.

Singer-songwriter Taylor Swift has sold more than 50 million albums worldwide and has graced the cover of countless fashion and beauty magazines. She, like many of the other celebrities with hooded eyes, has used makeup as a way to contour and draw attention to her eyes and the unique look that her hooded eyes give her.

What these celebrities have shown us is that ptosis is not only a common eye condition, it is one that should not be a hindrance nor stand in the way of a happy, healthy life.

While neither Whitaker nor Yorke have pursued cosmetic surgery to lift their affected eyelids, some with ptosis do experience a blocked field of vision. For cases such as these, there are surgical ptosis procedures available to lift the drooping eyelid out of the patient’s field of vision. The decision to pursue cosmetic surgery to address ptosis is a personal one that should be discussed with an eye doctor.

With a number of treatment options available for those who have ptosis or hooded eyelids, living with this condition has become easier as treatments evolve. If you are dealing with ptosis, a consultation with your preferred eye doctor can provide more information and possible treatments based on your condition.

Celebrities who had LASIK surgery

How is ptosis treated?