A-Rod, Karl Lagerfeld and Ryan Gosling are not the OGs (original gangsters) of fashionable eyewear. True focal heroes come from every profession and era. So, let’s give credit where it’s due in our Hall of Frame. 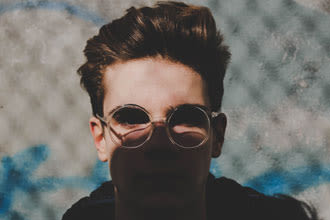 Benjamin Franklin: One of our country’s founding fathers got there first. Physicist, inventor, printer, author, humorist, activist — about the only thing he couldn’t do was push up his eyeglasses. (We feel ya.)

Mahatma Gandhi: The nonviolent Indian activist never let his wire-rims and white robes get in the way of his message.

John Lennon: Unlike the Beatles' music, Lennon was heavy into metal when it came to men’s eyeglasses.

Harry Potter: The schoolboy hero of British author J.K. Rowling’s best-selling novels and films cast a spell with his bookish specs. [Read our article on whether Harry Potter was nearsighted or farsighted.]

SEE RELATED: Round glasses: What to know 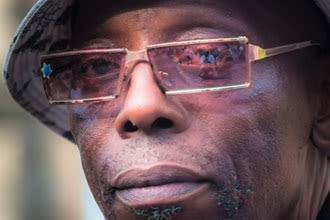 Elton John: The pop performer outshone flashy oldster Liberace by going for baroque with carved gold, rhinestone-encrusted, feather-trimmed, heart-shaped frames. Who else would wear glasses looking like scissors, topped with gnomes or with windshield wipers? We suspect Lady Gaga bows down to the Rocket Man.

Sir Winston Churchill: A true trendsetter, Britain’s prime minister during WWII was unexpectedly adventurous in tortoiseshell round-eyes and triangular half-eyes — decades before supermodels Gigi and Bella Hadid. His were consistently coded: one dot for readers and two dots for speeches. 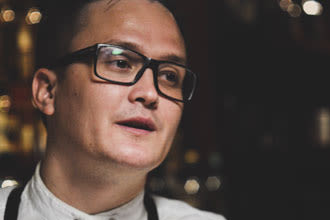 Peter Sellers: His film fare was frothy, but the Pink Panther comedian was fond of his weighty black Wayfarers.

Martin Scorsese: The Goodfellas director has built his empire on the Mean Streets of New York. But visually he’s best known for a warm smile and standout rectangular glasses with chunky temples that balance out his bulbous nose.

Woody Allen: The nebbish director’s oversized (and often crooked) Wayfarers are as much a part of his shtick as his receding hairline, open-collared shirts and one-liners.

Orville Redenbacher: The popcorn king proved it’s poppycock that you need to vary your look. He traded on his printed bow-ties and suspenders, silver wavy locks and black Ray-Bans.

Tycoon everymen: Back to basics 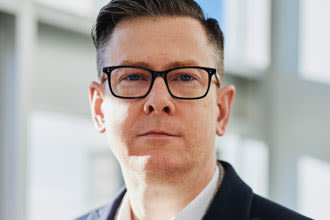 Bill Gates: The co-founder of Microsoft may be one of the world’s most wealthy philanthropists, but he shows an astoundingly limited imagination when it comes to his spec appeal. While he has tantalized us with a pair of rimless eyeglasses (so missed), he hews to acrylic rectangular frames of black or tortoiseshell. Yawn.

Steve Jobs: The late Apple guru created clever, sleek computers starting in 1976. But like Gates, he rarely deviated from an uninventive uniform: his black mock turtlenecks, jeans and rimless oval glasses. It worked.

Eyeglasses that make the man 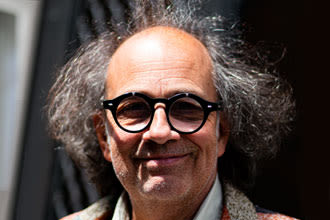 Colonel Sanders: Since the fast-food chain opened in 1952, the KFC frontman’s black-temple/clear-bottomed Wayfarers have been as omnipresent as his western bow tie and goatee.

Albert Einstein: The German-born physicist and Nobel Prize winner was best known for his massive mind and unkempt mane, but the genius also wore clear round plastic frames that hung low, as if he couldn’t be bothered to get them fitted.

Stephen Colbert: The host of The Late Show so consistently wore wireless frames that he tweeted his switch to Wayfarers in 2016. 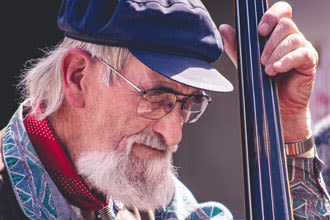 Elvis Presley: The rocker’s pelvis had fans all shook up starting in the ‘50s, but later his burning love was for gold-rimmed double-bridge aviators and studded white jumpsuits. Blue suede shoes, not so much. 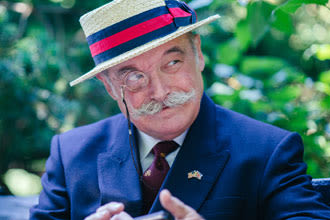 Alfred, Lord Tennyson: A 19th-century poet with a wealthy pedigree? Then of course, a monocle would be the perfect accessory.

Karl Marx: The German philosopher, historian and economist upended capitalism, leading to uprisings, beheadings, communism and eventually the Cold War. That he wore monocles fit his beginnings but became ill-suited with his later beliefs.

Eustace Tilley: The fictional aristocrat graced The New Yorker’s first cover in 1925 and has continued to resurface in the 90+ years since, with his monocle, high collar and even higher top hat — no matter what the news cycle delivers.

Mr. Peanut: It could drive you nuts wondering why a shell of a character dons one lens, a top hat and tie yet lets his suit jacket expose his belly. Chew on it for a while. (The answer is the same as why a native of Indiana opened a fast-food chain called Kentucky Fried Chicken in Utah. It’s marketing. In this case, the Planters nut originated in a 1916 illustration by a teenager.)

Colonel Mustard: Get a Clue, as in the 1920s-born board game. Naturally, Mustard was a single-visioned militaristic British henchman.

The Penguin: Batman’s squawking nasty is pasty-faced and anything but appealing, but natch, as a rich comic-strip villain introduced in 1941, he’s one-eye-glassed.

Kommandant Wilhelm Klink: Of course the cartoonish Nazi of TV’s Hogan’s Heroes accessorizes his uniform with a monocle, as does evil Fearless Leader for Rocky and Bullwinkle cartoons.

Sir Patrick Moore: The amateur astronomer doubled as host of BBC TV’s The Sky at Night. A single lens added to his Renaissance man aura and served as a reminder of his noble pedigree, as Sir Patrick Alfred Caldwell-Moore. Despite his death in 2012, we remain starry-eyed.

Celebrities who had LASIK surgery

Famous women and their eyeglasses