Are eye tattoos as bad as they sound? 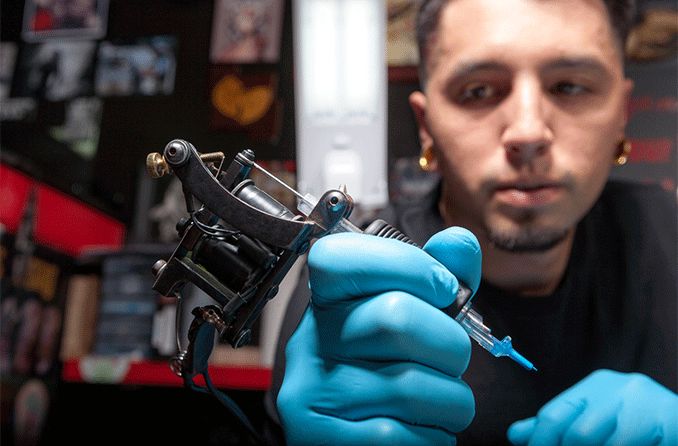 Eye tattoos are permanent dyes injected onto the white part of the eye, called the sclera. They also go by the name scleral tattoos.

If the idea of injecting ink into your eye makes you wince, it’s for good reason — an eyeball tattoo is one risky proposition.

Scleral tattoos are a relatively new addition to the body modification scene, considering humans have been tattooing their skin for thousands of years. The first known scleral tattoo was performed in 2007.

By contrast, the first corneal tattoo was likely done around 1,900 years ago by the famed Roman physician Galen of Pergamon. But Galen didn’t use his tattoo for artistic purposes; he used it to cover a white scar (leucomata) on an otherwise transparent cornea.

A laser-assisted version of Galen’s procedure can be performed today, but it’s only considered when people meet specific, rare conditions.

Scleral tattoos, on the other hand, aren’t used for any medical conditions. They’re almost exclusively “for looks,” and rarely — if ever — worth the risk.

How are eyeball tattoos even possible?

The white sclera is covered by a paper-thin membrane called the conjunctiva. That’s the layer that gets irritated and bloodshot when someone has pink eye or bad eye allergies.

Tattoo artists create scleral tattoos by injecting ink below the conjunctiva and onto the surface of the sclera.

It might sound simple, but eye tattoos haven’t been medically researched or tested, and several things can go wrong.

A tattoo on your eye is very different from one you’d get on your skin. There are two main reasons for this:

There isn’t any official training or certification process to perform eye tattoos, so problems can arise for many reasons. Tattoo artists might use the wrong ink or inject the ink too far into the sclera, for example.

In some cases, ink has actually gone through the surface of the eye and inside the eye itself. Serious problems can happen when ink gets inside your eye or spreads too far past the intended area.

Vision loss and blindness are among the most serious risks, but they’re far from the only ones.

Other risks associated with eyeball tattoos include:

One woman’s eyes became so infected that she appeared to be “crying” purple ink and eventually lost part of her vision. Another man was in so much pain after a scleral tattoo that he needed to have his eye removed.

On top of these risks, eye tattooing makes it almost impossible for an eye doctor to examine the surface of your eye in the future.

Eye tattoos are so untested that some U.S. states have made it illegal to get one. At the time of publishing, lawmakers in the following states have passed bills outlawing scleral tattoos:

The Canadian provinces of Saskatchewan and Ontario, which include Toronto and Ottawa, have also banned eye tattoos.

If you’re considering an eye tattoo, take your time. Do a lot of research into the risks and how complications could affect your quality of life, should they occur. Speak with an eye doctor — preferably an ophthalmologist (medical eye doctor) — about any short- and long-term effects before you make your decision.

Eyeball tattoos are even worse than they sound. American Academy of Ophthalmology. May 2019.