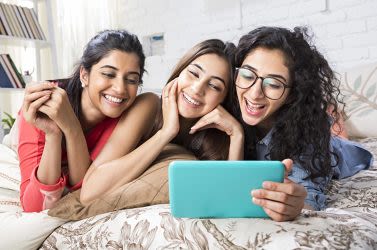 "Screen time" refers to the amount of time a person spends staring at the digital displays of computers, tablets (iPads, for example) and smartphones. Many studies find children routinely engage in more than two hours of screen time per day. And it's very likely most kids actually spend significantly more time staring at screens than their parents think they do.

Symptoms of too much screen time

The Vision Council says 30 percent of parents find their children experience at least one of the following symptoms after spending more than two hours of screen time per day:

Blue light has shorter wavelengths and higher energy than other visible light rays. And laboratory research suggests that certain bands of blue light may be harmful to the light-sensitive retina of the eye over time. 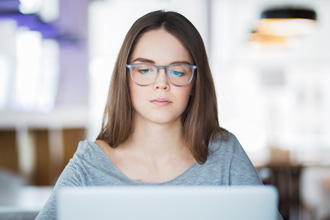 The simple truth is that the long-term risks of incremental blue light exposure from frequent use of digital devices is not yet known. This is because previous generations have not been exposed to comparable levels of blue light from digital devices from childhood. 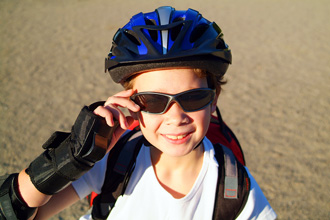 One solution is to purchase eyeglasses with lenses that reduce the amount of blue light that enters the eyes from computer, tablet and smartphone screens. A number of lens manufacturers produce eyeglass lenses that filter blue light.

Another option is to have an anti-reflective coating applied to the lenses that blocks blue light.

But what if your child doesn't need prescription glasses? The most convenient option in this case is to purchase a protective blue light filter that can be applied to the surface of your child's digital devices.

Or set a time limit on your child's phone use. Apple, Google and other tech companies have recently introduced time management features and apps that allow you to monitor your child's daily screen time.

Be proactive as a parent. Spend more quality time together and less screen time with your kid (or kids) left to their own devices. Better yet? Protect your child's vision while they're watching YouTube videos, posting photos or are playing games.

READ NEXT: 7 ways to reduce screen time during the pandemic

Screen time for kids: How it affects child development