Vision problems can be misdiagnosed as ADHD or ADD 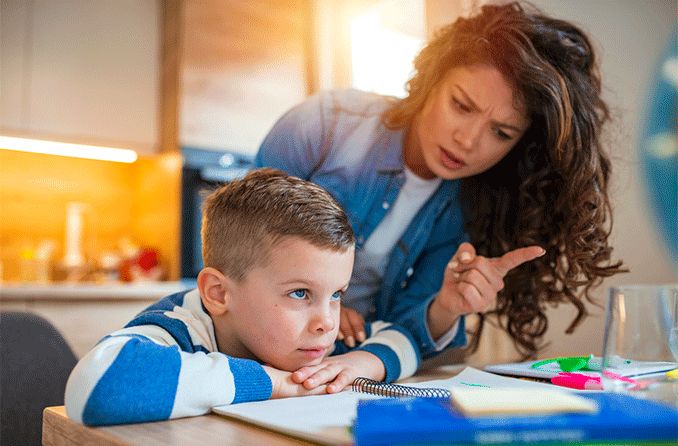 If you think your child might have ADHD — attention deficit/hyperactivity disorder — an eye exam could reveal an entirely different cause.

Childhood ADHD shares many of the same symptoms with vision problems like convergence insufficiency and strabismus. Even basic refractive errors like nearsightedness, farsightedness and astigmatism can cause attentive or hyperactive symptoms.

These symptoms don’t always point to vision problems, and ADHD can cause eye-related issues of its own. If eyesight problems are diagnosed, however, treating them can improve your child’s quality of life — with or without an ADHD diagnosis.

ADHD can be difficult to diagnose, especially in children.

There is no positive/negative test that says with 100% certainty whether a child has ADHD. Many of the disorder’s mechanics are still unknown, so parents can find themselves visiting multiple doctors and receiving different diagnoses.

One of these diagnoses could be a childhood vision problem. These are different from refractive errors such as myopia and hyperopia, which can be fixed with glasses or contact lenses.

According to the American Academy of Optometry (AAOPT), between 5% and 10% of school-age students have either an eye teaming or eye focusing problem. This can happen when the eyes don’t cooperate or focus exactly as they should.

“Vision testing that emphasizes a child’s ability to read letters on a distance eye chart does not test for eye focusing or eye teaming problems,” the AAOPT notes.

“Even if a child is able to see the 20/20 letters, he or she may have a problem with eye focusing or eye teaming.”

The American Optometric Association (AOA) says that eye focusing and eye teaming problems can include these symptoms:

If those sound familiar, it’s because they can be easily misinterpreted as symptoms of ADHD. Look for some of the AOA’s more traditional vision symptoms too, such as:

Refractive errors can also cause ADHD symptoms. These are easier to diagnose and treat with glasses or contact lenses.

Optical symptoms can be tricky to pinpoint in children, since they’re often unaware of what visual stress feels like, or assume the sensations they’re experiencing are normal.

Monitoring and making note of your child’s optical symptoms, in addition to their attentive/hyperactive symptoms, can give doctors a more complete picture — and allow them to make a more accurate diagnosis.

One of the most common eye teaming disorders in children is convergence insufficiency (CI).

A study published in the journal Strabismus found CI to be three times more prevalent in patients with ADHD than in those without.

Convergence insufficiency occurs when the eyes don’t properly focus together on close-up objects. One eye will turn slightly outward when it should be turning inward.

A child with CI has the most difficulty when performing near-distance activities like reading a book, using a computer or phone, watching TV or playing video games, according to the National Eye Institute.

Symptoms of CI include:

While it isn’t known exactly how many kids have CI, a study published in the journal Ophthalmology found that around 2% to 8% of children and young adults have some level of convergence insufficiency.

CI can be difficult to pinpoint once a child adapts, but eye care professionals can perform specialized tests to diagnose it. Some people even experience CI into adulthood without being formally diagnosed.

But there’s good news. Once convergence insufficiency is found, treatment is usually very effective. An eye doctor will lay out a regimen of in-office therapy and at-home exercises to provide relief, usually within a few months.

How ADHD can affect vision

The answer varies from person to person; almost everything comes down to each child’s individual symptoms and circumstances. This is where eye doctors, pediatricians, psychologists and psychiatrists can work together to ensure the right diagnosis.

There’s still a lot that isn’t known about ADHD, and noticing eye-related symptoms in a child diagnosed with the disorder doesn’t automatically mean the diagnosis is wrong. Vision issues can occur as a symptom of, or alongside, ADHD.

ADHD is also associated with tiny, involuntary eye movements called saccades and microsaccades. The summary of a study (originally published in the journal Vision Research) even called them a “foolproof” indicator of ADHD.

Voluntary micromovements are normal, but ADHD patients experience them involuntarily when they’re exposed to a visual stimulus. They aren’t typically noticeable and tend to improve with medication.

If your child shows symptoms of ADHD, with or without visual symptoms, scheduling a comprehensive eye exam with an eye doctor can be very helpful.

Laying out your concerns about eye teaming, eye focusing and refractive errors can help your doctor determine an accurate diagnosis and treatment.

When vision disorders are present alongside ADHD, they can compound the attentive and/or hyperactive symptoms a child experiences. Treating eyesight problems can help remove a major hurdle for a child with ADHD and greatly improve their quality of life.

READ NEXT: Are learning-related vision issues holding your child back?

ADHD and “eye problems.” Journal of the American Association for Pediatric Ophthalmology and Strabismus. February 2014.

Position paper on optometric care of the struggling student: For parents, educators, and other professionals. American Academy of Optometry. August 2013.

The underestimated role of refractive error (hyperopia, myopia, and astigmatism) and strabismus in children with ADHD. Journal of Attention Disorders. January 2021.

The relationship between convergence insufficiency and ADHD. Strabismus. December 2005.

The incidence and clinical characteristics of adult-onset convergence insufficiency.  Ophthalmology. May 2015.

ADHD and vision problems in the National Survey of Children’s Health. Optometry and Vision Science. May 2016.

Could it be ADHD or a vision problem?