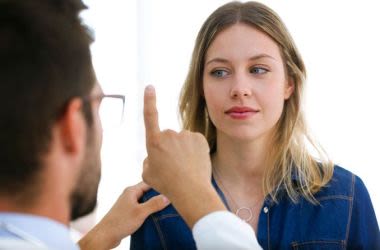 Visual acuity is the clarity of your eyesight, measured by your ability to identify letters or numbers on a standardized eye chart from a specific viewing distance.

FIND A DOCTOR: If you're worried about your vision, visit an eye doctor near you.

Gas permeable contact lenses may help you see better than you can with eyeglasses.