What happens if you can't see the biggest letter in a vision test? 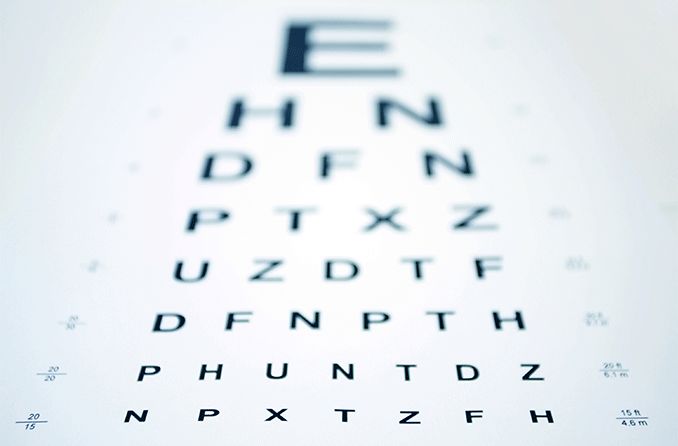 If someone can't see the biggest letter on a vision test — even with glasses, contact lenses or vision surgery — then they qualify as being legally blind in the United States. Legal blindness is a form of visual impairment.

Being legally blind is different from being totally blind. People who are legally blind can still see, but their vision is very blurry, even when they're wearing corrective lenses like glasses or contacts.

A visual acuity measurement is one of the most common ways of measuring the sharpness of someone's vision. It usually starts with the number "20," followed by a slash and a second number.

The most famous of these measurements is 20/20. Also called 20/20 vision, it is the standard measurement for what is considered “perfect” vision in the U.S.

When you think of a vision test, you probably think of a Snellen eye chart. Someone with 20/20 vision can read a small row of letters on a Snellen chart from 20 feet away (or the equivalent).

People who have low vision, but not legal blindness, may still be able to read the big letter on an eye chart. "Low vision" is any measurement of 20/70 or worse, after correction.

For example, if someone's eyesight measures 20/200 without glasses, but 20/100 with glasses, they are not legally blind. This person would be classified as having low vision.

You can test your visual acuity at home (between eye exams) with these three printable eye charts.

Tools for people who are legally blind

Navigating the modern world can be a challenge for anyone. This may be even more true for people who experience the world with less-than-perfect eyesight. Fortunately, certain tools, lifestyle adjustments and nonprofit organizations can enhance and promote access for visually impaired people to ensure they live fulfilling, independent lives.

Here are a few examples:

What is corneal topography, and why is it important?