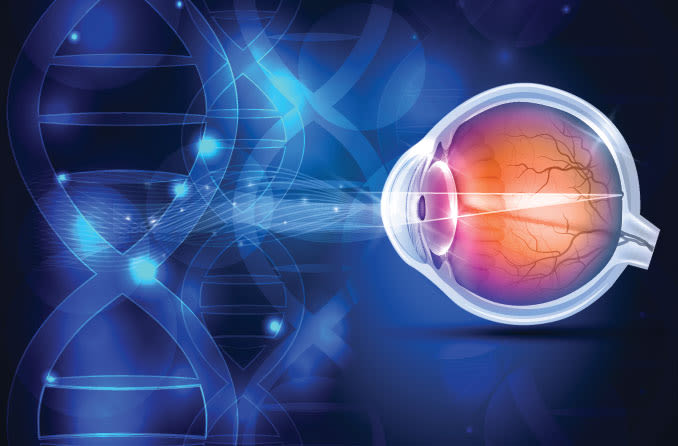 Heterochromia is a condition that causes one or both eyes to be different colors. The phenomenon can occur in one of three varieties: complete heterochromia, partial (sectoral) heterochromia or central heterochromia. The color or color pattern is distinctive to each individual eye, and it is usually a benign condition.

Heterochromia has many causes, and can occur both at birth or be acquired later in life. Is heterochromia genetic? Although it is rare, the condition can be hereditary, depending on very specific chromosomes.

It should be noted, however, that most cases of heterochromia occur sporadically, often with no family history of any variety of the condition, according to the National Institutes of Health (NIH) Genetic and Rare Diseases Information Center.

Heterochromia can be inherited

Because of the rate of occurrence among the family’s three generations, researchers determined that the condition must be genetic. The study furthermore suggested that heterochromia may be caused by genetic mosaicism or chimerism — in other words, the trait may be acquired genetically, but in an unusual or unpredictable way.

SEE RELATED: How rare is heterochromia?

Heterochromia can develop due to a genetic condition

Though heterochromia itself is seldom inherited, it can develop due to a genetic condition. Of these conditions, studies have found ties between heterochromia and Waardenburg syndrome — a group of rare genetic conditions characterized by congenital hearing loss and pigmentation deficiencies in the eyes, hair or skin — on multiple occasions.

Other genetic conditions that may cause heterochromia to develop include:

In addition to these hereditary conditions, other studies have suggested that heterochromia may be associated with conditions such as congenital Horner’s syndrome and Parry-Romberg syndrome, though they may not be genetic.

Other risk factors for heterochromia

Aside from rare hereditary cases and the cases that occur due to supplementary genetic conditions, heterochromia can also be acquired under circumstances such as the following:

As a reminder, heterochromia can be present at birth or developed at any stage in life — childhood and adulthood alike.

Your eye doctor can determine the primary cause of heterochromia upon a diagnosis. If you notice a change in your eyes’ color or appearance, don’t hesitate to schedule a comprehensive eye exam with an eye care professional near you.