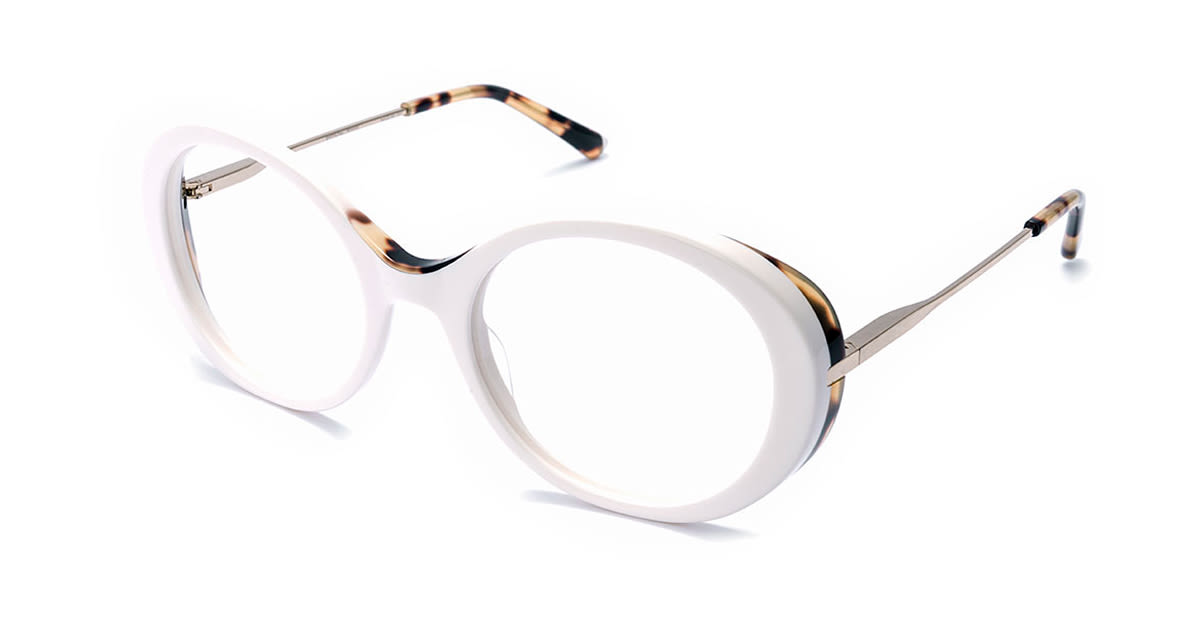 Bored With Your Glasses? Here's The Remedy From Etnia Barcelona

Winter 2018 — Bold people everywhere: Etnia Barcelona has got your back with the Brindisi, shown here in winter white with tortoise accents.

The oval, chunky shape suits heart-shaped and long, angular faces best. But anyone with dramatic style can wear this look, which recalls those iconic sunglasses worn by Audrey Hepburn in "How to Steal a Million" and the ones Kurt Cobain was photographed in many times.

The Brindisi has an acetate front and metal temples, with flex hinges. It comes in nine beautiful colors, including orange, red, purple, and various tortoise shades.

Based in Spain, Etnia Barcelona designs frames and sunglasses with an eye toward Mediterranean culture. The products are available in optical stores worldwide.

Spring 2017 — You probably know Costa as the high-performance sunglasses company, but you may not know about its foray into the frame arena last year. Well, now Costa is expanding the frame collection with nine new styles. 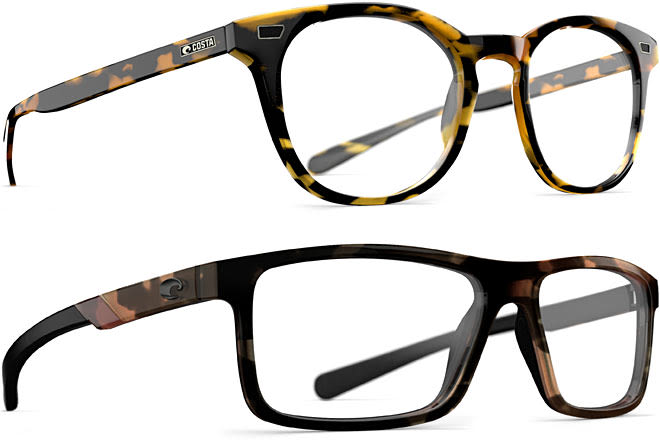 Shown here is a unisex design in the Mariana Trench collection, in the Tokyo tortoise color pattern that is so trendy right now. Mariana Trench styles include acetate and metal materials.

Beneath that is an Ocean Ridge style made of bio-based resin nylon. According to Costa, this material is nearly indestructible and holds its shape in extremely hot or cold temperatures. It's also available in a larger size, to fit a wider range of faces.

Three new metal styles in the Bimini Road collection are made of hypoallergenic, corrosion-resistant Monel, an affordable alternative to titanium. Here's an example.

The new styles will be in optical stores in mid-May.

Life Is Good: Get A Cheerful Outlook With This New Frame Collection

Spring 2017 — You know the Life Is Good brand from its t-shirts, hats and other items printed with happy, whimsical artwork reminding us to stay positive. Now the message has been applied to a collection of optical frames, sunglasses and reading glasses for the whole family.

John Jacobs, co-founder of Life Is Good, described the new launch as "a way to spread the power of optimism to even more customers." The company donates 10 percent of its net profits to children in need, through The Life Is Good Kids Foundation.

Each frame style is named after a "hero of optimism" whose story is a reminder to focus on the good even when life isn't perfect or easy. 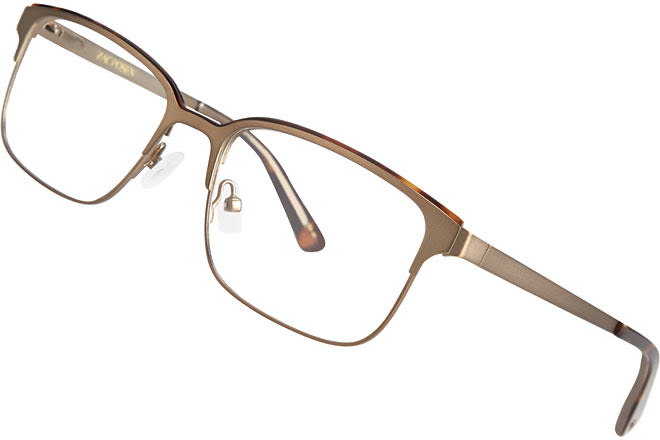 Called the Redford, it's a "modern gentleman" look that lends sophistication to any attire. That's why it's our Frame of the Month for November.

The Redford comes in two sizes, to fit most masculine faces. It's also available in green or tortoise.

Also new in the collection is a clubmaster style called the Spencer, with a retro front but sleekly modern temples. We're especially fond of the navy color choice, but it also comes in green or tortoise.

You can try on both at optical stores nationwide.

Fall/Winter 2016 — If you remember the days when girls didn't like glasses, you're officially old.

Now, it's the bigger the better. Especially prevalent are large aviator frames in gold or silver with clear lenses, and ladies are wearing them even if they don't need a vision prescription. It's a bold, playful look that Kendall Jenner posted on her Instagram page. 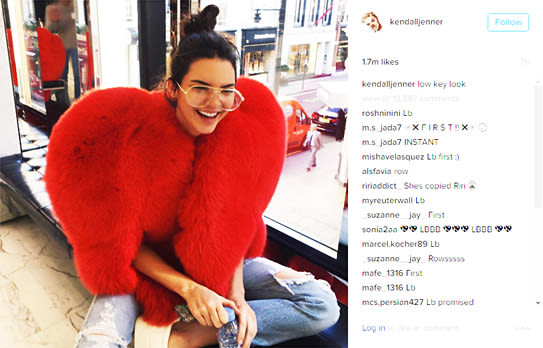 Fall/Winter 2016 — Frames with "eyebrows" are in. Cat-eye shapes are in. And tortoise patterns are in. 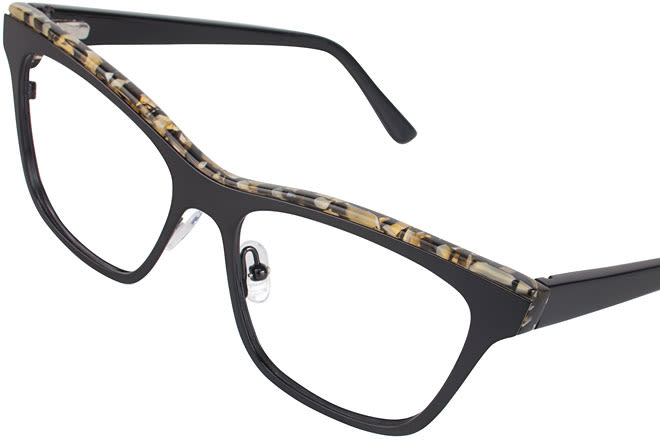 Leave it to style maven Gwen Stefani to combine all three of the hottest eyewear trends in one edgy frame: style LA022 in the luxurious L.A.M.B. collection.

The frame is composed of metal, with an acetate accent brow. It comes in black (shown), burgundy and brown.

Other new L.A.M.B. styles include the LA024, a more retro take on the acetate eyebrow. The blue tortoise color option is a standout.

You can try on Gwen's eyewear designs in the L.A.M.B. and gx by Gwen Stefani collections in optical stores nationwide.

September 2016 — Known for beachy, watersports-oriented high-performance sunglasses, Costa has launched a line of optical frames for men and women of all ages. 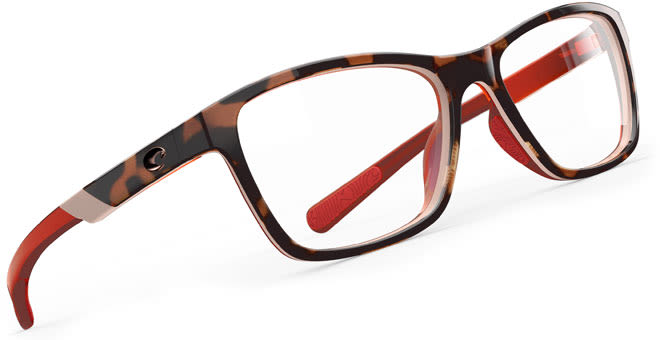 The frames are in five collections, each named for an underwater formation:

Bimini Road has full-rim and semi-rimless titanium frames that are lightweight, hypoallergenic and resistant to corrosion. The collection was named for an underwater rock formation in the Bahamas.

Seamount is also in titanium but with sleeker, more minimalistic rimless and full-rim options.

Ocean Ridge frames are made of a colorful, durable bio-based resin nylon. The company says they hold their shape even in extreme hot or cold temperatures, and the bio-based resins reduce Costa's manufacturing process emissions, for a smaller carbon footprint.

And Mariana Trench frames (named for the deepest trench in the western Pacific) include several colors in handcrafted acetate with wire-cored temples and mechanical pin hinges.