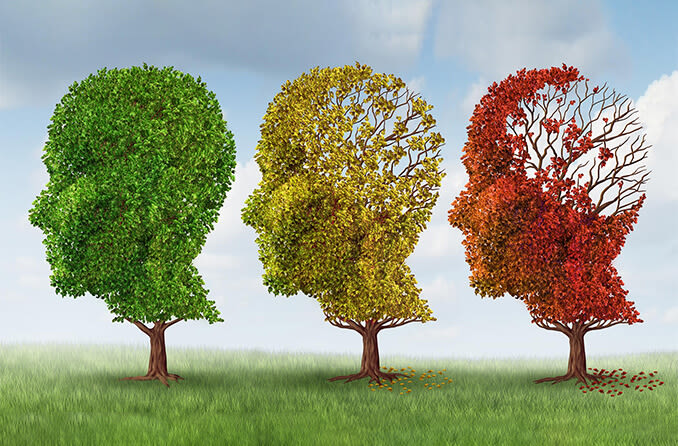 A routine eye exam may soon be able to detect your risk of Alzheimer's disease.

That bold claim is supported by a flurry of recent research and $30 million from Bill Gates and others to develop a reliable and affordable test for Alzheimer's.

"We need a better way of diagnosing Alzheimer's — like a simple blood test or eye exam — before we're able to slow the progression of the disease," Gates said in announcing the investment in July.

In October, an Alzheimer's eye test took a step toward reality when a Toronto startup licensed University of Minnesota research to develop a tool to spot early signs of Alzheimer's disease in a patient's eyes.

No easy way to detect Alzheimer's 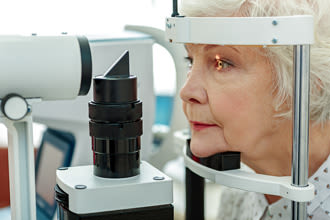 An Alzheimer's eye test would be an easy, inexpensive way to spot early signs of the disease.

Why would an eye test for Alzheimer's be a game changer? There currently is no easy and cheap way to detect what is the most common cause of dementia.

Physicians now often use expensive positron emission tomography (PET) scans and invasive spinal taps to help diagnose Alzheimer's, but a diagnosis usually isn't confirmed until signs of the disease are found in the deceased patient's brain.

In the U.S., an estimated 5.5 million people may be living with Alzheimer's disease, according to the National Institute on Aging. By 2060, the number of Americans with Alzheimer's is expected to nearly triple to 15 million, the Centers for Disease Control and Prevention notes.

If a test given during a routine eye exam can predict Alzheimer's years or decades before a person shows any symptoms, doctors would have more time to slow the progression of the disease.

Retinal scans as a predictor of Alzheimer's

By adding an imaging twist to a typical retinal screening, researchers at Washington University in St. Louis  detected evidence suggesting Alzheimer's in patients who had no symptoms of the disease.

That twist, a procedure called angiography, allowed doctors to distinguish red blood cells from other tissue in the retina.

Of the 30 study participants — all in their mid-70s but exhibiting no Alzheimer's symptoms — 17 had abnormal PET scans and/or lumbar punctures, and all of them also had retinal thinning and significant areas without blood vessels in the centers of their retinas. The study results were published in August.

An eye test as a predictor of Alzheimer's "is really promising, but it’s really early," Van Stavern says. The core challenge: "Can we detect these early signs at the earliest stage before it's a problem."

A connection between the eyes and the brain

Two other studies presented at the 2018 annual meeting of the American Academy of Ophthalmology also suggest that signs of Alzheimer's can be seen in the eyes before the patient is showing any signs or symptoms of the brain disease.

Researchers at Duke University School of Medicine  used optical coherence tomography angiography (OCTA) to compare the retinas of Alzheimer's patients with both people with mild cognitive impairment and healthy people.

The researchers found that the Alzheimer's group had fewer small retinal blood vessels at the back of the eye and that a layer of the retina was thinner. People with mild cognitive impairment did not show these changes.

In the second study, Israeli researchers studied retina and brain scans of 400 people who had a family history of Alzheimer's but no symptoms themselves.

The team found that the inner layer of the retina is thinner in people with a family history of Alzheimer's. The brain scan showed that the area of the brain that's first affected by the disease had already begun to shrink.

"A brain scan can detect Alzheimer's when the disease is well beyond a treatable phase," lead researcher Ygal Rotenstreich, MD, said in a news release. "We need treatment intervention sooner."

The researchers, from the University of Washington School of Medicine , the Kaiser Permanente Washington Health Institute and the UW School of Nursing, studied 3,877 randomly selected patients. Results of the study were published in August.

Over the five-year study, 792 cases of Alzheimer's disease were diagnosed. Patients with age-related macular degeneration, diabetic retinopathy or glaucoma had 40 to 50 percent greater risk of developing Alzheimer's disease compared with similar people without these eye conditions.

"What we found was not subtle," said co-author Dr. Paul Crane, a professor of medicine at the University of Washington School of Medicine. "This study solidifies that there are mechanistic things we can learn from the brain by looking at the eye."

Researchers at the University of Minnesota  (UMN) have developed an imaging system that scans how the retina reflects light to detect small quantities of a protein called beta amyloid — a biological sign of Alzheimer's disease.

This system, which Toronto medical imaging startup RetiSpec aims to commercialize, spots beta amyloid aggregates in the retina long before they collect in large enough clusters to form plaques in the brain.

"Unlike the brain, the retina is easily accessible to us, making changes in the retina easier to observe," said Dr. Swati More, an associate professor at the UM College of Pharmacy's Center for Drug Design.

The licensing agreement with RetiSpec  follows a successful pilot clinical study involving 31 people, some with and some without Alzheimer's.

So how soon might you see a reliable Alzheimer's predictor as part of your routine eye exams? Washington University's Van Stavern says that could be five or 10 years away.

Or maybe sooner with Bill Gates and others funding research — and if startups can speed development of an Alzheimer's diagnostic tool that can affordably be added to eye exams.

What role does family history play in vision issues?