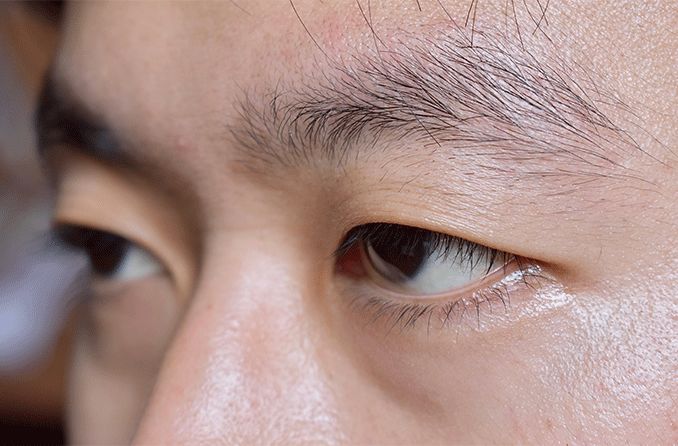 Monolids are upper eyelids that don’t have the natural arc-shaped crease between the eyelashes and the eyebrow that’s found in double eyelids. Sometimes called Asian eyelids, monolids decrease the opening between the upper and lower lids, giving the eyes a smaller appearance.

Though commonly done, it’s actually incorrect to use the terms monolid and Asian eyelid interchangeably for at least two reasons:

Researchers have estimated that approximately 50% of Asians have monolid eyes. In other words, roughly one in two of people in Asia do not have the arc-shaped crease in their upper eyelid to give it a double eyelid appearance.

There can also be considerable variations in eyelid anatomy in different Asian regions and nations. For this reason, some surgeons who perform cosmetic eyelid surgery will offer specific variations of monolid surgery, such as “Korean eyelid surgery.”

Research has shown there are a number of differences between Asian eyes (and eyelids) and Caucasian eyes and lids. These include:

For these and other reasons, the goal of cosmetic surgery meant to transform a monolid into a double eyelid in Asian patients typically is not to give the eyes a Caucasian appearance. Rather, the goal is to create a double eyelid that gives the eyes greater visibility and expressiveness, while remaining natural-looking for an Asian face.

Monolid eyes and hooded eyes are different conditions. The term hooded eyes refers to the condition where excess skin directly under the brow line folds over the upper eyelid, covering it like a hood.

Monolids are sometimes confused with ptosis, but these are different conditions as well. Ptosis is drooping of an upper eyelid that normally would be in a more elevated position.

Though monolids and ptosis are different conditions, people with monolids often have the same complaints about their eyelids as someone with ptosis — and they seek cosmetic surgery for the same reason: That is, they feel their low-set upper eyelids make them look tired, bored, older or unhappy.

If you have concerns about the appearance of your eyes or eyelids, the first step is to see an eye doctor for a comprehensive eye exam. If you’re a good candidate for cosmetic eyelid surgery, your doctor can refer you to an oculoplastic surgeon who specializes in monolid and other eyelid surgery.