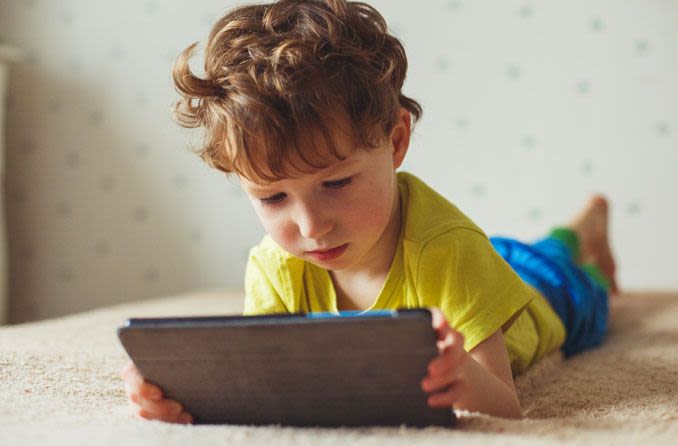 To put a hard stop on screen time, some parents set time limits on their children's daily device use. For example, when a total of two hours of screen time has been reached, no more texting, game playing or YouTube watching.

"Screen time" refers to the amount of time a person spends staring at the digital displays of computers, tablets (iPads, for example) and smartphones.

World Health Organization guidelines issued in early 2019 recommend no screen time for children under 3 and screen time of no more than 1 hour for children ages 3 and 4. "Less is better," the WHO recommendations say.

The Royal College of Paediatrics and Child Health, however, recommends that decisions on how much time with digital devices is appropriate be made on an case-by-case basis within families. Some screen time can help children learn, researchers noted.

According to the RCPCH's 2019 screen time study, there are clear indications that too much screen time does have harmful effects on children.

The RCPCH study included the comments of 109 children and young people aged 11-24 from across the UK.

How much time did these UK youths spend on their devices in a given day?

The LED screens of computers and portable digital devices emit a broad spectrum of visible light. Most of these light rays are harmless, but a portion of the light emitted by these screens is relatively high-energy visible light called "blue light." Blue light has shorter wavelengths and higher energy than other visible light rays. And laboratory research suggests certain bands of blue light may be harmful to the light-sensitive retina of the eye over time. Blue light also plays an important role in regulating our body's circadian rhythm. This basically is an internal clock that's running in our brain and cycles between alertness and sleepiness at regular intervals over a 24-hour period. It's also called our sleep/wake cycle. Too much exposure to blue light at the wrong time of day can disrupt a person's normal sleep/wake cycle, which can have serious health consequences.

All of this begs the question: Should there be different limits on screen time based on a child's age? The RCPCH review notes that the developmental, physical and sleep needs of children do vary with age, and this will impact upon the decisions that families make about screen use. 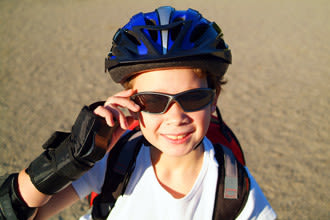 One solution is to purchase spectacle s with lenses that reduce the amount of blue light that enters the eyes from computer, tablet and smartphone screens. A number of lens manufacturers produce lenses that filter blue light.

The RCPCH recommends that families "should negotiate screen time limits with their children based upon the needs of an individual child, the ways in which screens are used and the degree to which use of screens appears to displace (or not) physical and social activities and sleep."

Or set a time limit on your child's phone use. Apple, Google and other tech companies have recently introduced time management features and apps that allow you to monitor your child's daily screen time. Visit your phone manufacturer's website or store to learn more.

Be proactive as a parent. One goal maybe? Spend more quality time together and less screen time with your son or daughter left to their own devices. Better yet? Protect your child's vision while they're watching YouTube videos, posting Snaps and playing games.

Finally, schedule annual eye exams with an eye doctor near you to monitor your child’s vision and eye health. And don't forget to ask your optician about blue light protection options.

Teen vision : Is it time for contacts?