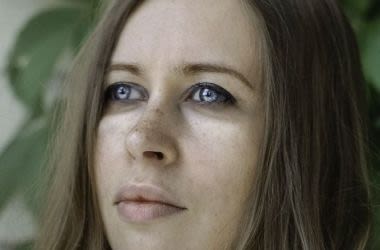 While certain home remedies such as soothing cucumber slices may temporarily relieve puffy eyes, a more long-lasting solution depends on the underlying cause.

What causes puffy eyes and dark circles under the eyes?

Ordinary swelling around the eyes means you have an excessive accumulation of fluids, called edema, in surrounding skin tissue. Because the skin around the eyes is the thinnest skin in the body, swelling and discoloration can be quite prominent.

With aging, eye puffiness can be caused in part when fatty tissue that ordinarily protects the eye inside the bony eye socket begins to push forward and fill in spaces below the eye.

This happens because aging processes cause thinning of the membrane or "septum" that ordinarily holds back fat in both the upper and lower eyelids. As the membrane thins, the fat herniates and pushes forward. This is when bags or bulges start forming under the eye.

While we sleep, we don't blink. And this is part of the reason why eye puffiness develops.

Blinking for eyelids is like walking for legs. When idle, some people develop swelling in their lower extremities that goes away as soon as they start walking and muscles in the legs begin "milking" the trapped fluids (edema), which are released back into circulation.

A similar action takes place in the eyelids. The closed, non-blinking eyelids during sleep potentially can swell in certain people prone to this problem. So, in the mornings, you might wake up with unusually puffy, swollen eyelids. After you open your eyes and start blinking, some of this swelling can diminish in an hour or so.

When are puffy eyes a sign of a medical condition?

Eye allergies related to conditions such as hay fever also can produce swollen eyes. Other types of allergies, such as reactions to certain foods or chemicals, can cause swollen eyelids.

During an allergic reaction, certain cells in the body release a chemical called histamine that has many adverse effects on body tissues, including fluid leakage from the blood vessels. These fluids become trapped in surrounding tissues, causing edema.

Puffy, swollen eyelids and dark circles under the eyes can occur when you have an eye infection such as pink eye. These swollen eyes are caused by inflammation associated with the eye infection, which directly affects the neighboring eyelids. Also, dry eyes can cause general puffiness and swelling.

Systemic diseases including kidney failure also can lead to general swelling throughout the body, including around the eyes.

What can be done about puffy eyes and dark circles?

If your mother or father has puffy eyes, you may have inherited the trait from them. In this case, you may want to consider cosmetic surgery to reduce the puffiness.

You might want to discuss with your eye doctor or cosmetic surgeon some of the available options to address your eyelid concerns. These options include chemical peels, laser skin resurfacing procedures, certain prescription skin products and eyelid surgery known as blepharoplasty.

However, be careful when applying these products around your eyes. If you accidentally get them in your eye, you can experience a severe inflammatory response known as chemical conjunctivitis. If this occurs, see your eye doctor immediately.

Eye Pain: Is it an Emergency?

Eye Discharge (Sleep in Your Eyes)