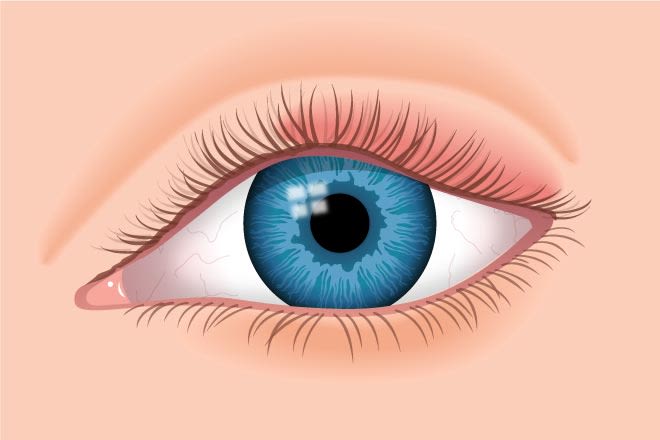 There are numerous causes of swollen eyelids — ranging from mild to potentially sight-threatening conditions.

We've grouped the causes of swollen eyelids alphabetically to make it easy to find what you suspect is causing inflammation or excess fluid (edema) in the connective tissues surrounding the eye:

Eye allergies occur when your immune system overreacts to a foreign substance, called an allergen. Pollen, dust, pet dander, certain eye drops and contact lens solutions are some of the most common eye allergens. An allergic reaction to makeup also is a known culprit of swollen eyes.

Eye allergies develop when your eyes release chemical "mediators" to protect your eyes from allergens to which you are sensitive.

The most common is histamine, which causes blood vessels in your eyes to dilate and swell, mucous membranes to itch and your eye to become red and watery.

Blepharitis is inflammation of the eyelids, usually caused by malfunctioning of the oil glands in the lids that empty near the base of the eyelashes.

Blepharitis is characterized by swollen and painful eyelids and can be accompanied by dandruff-like flaky eyelid skin and loss of eyelashes.

Blepharitis usually is a chronic condition, meaning symptoms can be controlled with proper treatment and hygiene practices, but it is never fully cured. It often is associated with a bacterial infection, but also can be attributed to acne rosacea and dry eye syndrome.

A chalazion, also caused by a blocked meibomian gland, at first mimics a stye but then develops into a hard sebaceous cyst. Another difference is that a stye occurs on the edge of an eyelid whereas a chalazion typically develops away from the eyelid edge.

Both styes and chalazia cause swollen eyelids and tenderness of the affected area.

Also called "pink eye," conjunctivitis is inflammation of the clear lining of the surface of the eye, called the conjunctiva. Allergic, bacterial and viral types of pink eye can all result in swollen eyelids, among other symptoms such as watery, red and itchy eyes.

Improper care for contact lenses — such as wearing dirty lenses, swimming in contact lenses or storing contacts in a dirty lens case — can cause an eye infection and swollen eyelids. Using damaged contacts also can irritate eyes and cause your eyelids to swell.

Any trauma to the eye area, including an eyelid contusion (commonly known as a black eye) and trauma caused by cosmetic surgery (blepharoplasty, or eyelid surgery), can trigger inflammation and swollen eyes.

Graves' disease, which stems from an overactive thyroid (hyperthyroidism), often is associated with swollen, puffy eyelids and bulging eyes, as well as double vision and drooping eyelids (ptosis). If you exhibit any of these symptoms, see your eye doctor as soon as possible for proper diagnosis and treatment.

Transmitted by the common herpes simplex virus, ocular herpes sometimes is dubbed "the cold sore of the eye," and causes inflammation (and sometimes scarring) of the cornea.

Symptoms of eye herpes can be similar to pink eye, however there may be painful sores on your eyelid, blurry vision due to a cloudy cornea and swollen eyes which may be so extreme that it obstructs your vision.

Types of eye herpes range from a mild infection to a more serious eye health problem that could result in a corneal transplant or even loss of vision.

Orbital cellulitis is a rare but serious bacterial infection of tissues surrounding the eye, resulting in painful swelling of the upper and lower eyelid, and possibly the eyebrow and cheek.

Other symptoms include bulging eyes, decreased vision, fever, and eye pain when moving the eyes.

Periorbital cellulitis is a relatively common infection and/or inflammation of the eyelid and portions of skin around the eye. The infection may be caused by bacteria, viruses or other pathogens.

Periorbital cellulitis also is called preseptal cellulitis because the affected area is anterior to the orbital septum — a sheet-like tissue that forms the tough, fibrous back portion of the eyelids.

Usually appearing as a swollen, reddish bump on the edge of an eyelid, styes are caused by bacterial infection and inflammation of a meibomian gland. When these oil-producing glands get blocked, eyelid swelling is a typical symptom. A stye can cause the whole eyelid to swell, and typically is tender to the touch.

READ NEXT: How to get rid of swollen eyelids 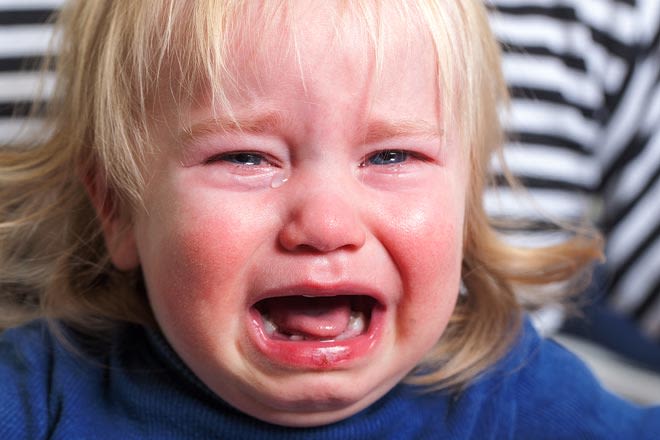 Why do eyes swell after crying?

The watery component of tears is produced in the lacrimal glands near the eye and are essential for healthy eyes, keeping the eyes cleansed, protected and lubricated.

Tears drain through the nasal cavity, which explains a runny nose after excess tear production.

There are three types of tears:

With emotional tears, the lacrimal glands are sent into overdrive, producing a continuous flow of watery tears. The fine tissues around your eyes absorb some of the overflow of tears, causing the eyes to become temporarily puffy and swollen.

In addition, the autonomic nervous system responds to strong emotion, such as the urge to cry, by increasing blood flow to the face, further contributing to the appearance of swollen eyes.

While having swollen and puffy eyes after lengthy crying can be an unwanted telltale side effect, it's not all bad news. Experts say "having a good cry" can make you feel physically and emotionally better and that crying is the body's way of eliminating toxins caused during times of elevated stress.

Aimee Rodrigues has many years of editorial experience in consumer publishing, with an emphasis on the health, pharmaceutical and beauty fields. Previously she was the executive editor ... Read more