Retinopathy of prematurity: What it is, how it’s treated 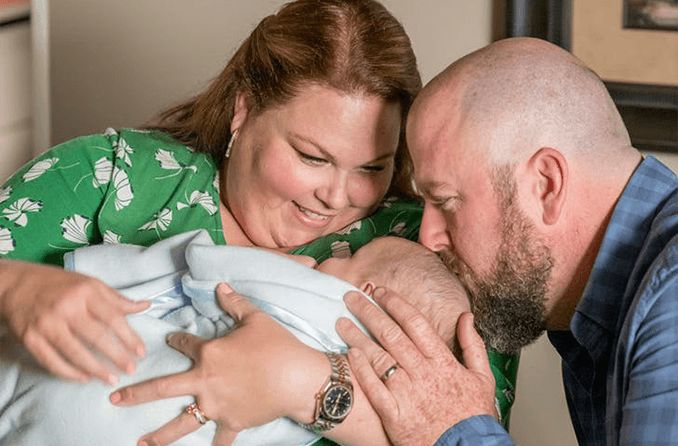 In the fourth season of the hit TV drama “This Is Us,” Toby and Kate navigate a scary and mysterious world after their newborn son, Jack, is diagnosed with a rare eye disease that leaves him nearly blind.

The diagnosis? Retinopathy of prematurity (ROP), which will affect Jack’s vision development.

ROP causes vision loss in 1,300 children each year in the U.S., according to the American Society of Retina Specialists, and extreme visual impairment in another 500 American children.

HAS YOUR LITTLE ONE HAD HIS OR HER EYES CHECKED? Find a children's eye doctor near you.

A mother of triplets born with ROP

While millions of Americans are learning about ROP for the first time through the NBC series, Shirley Diaz has been intimately familiar with it for 16 years. In June 2003, her triplet daughters — Gabrielle, Francesca and Madison — arrived 16 weeks prematurely at Jackson Memorial Hospital in Miami.

The girls’ birthweights ranged from 1.5 pounds to 1.7 pounds, around 6 pounds less than the average newborn. Each baby measured just 11 inches long.

“They were like super-size hot dogs,” says Diaz, who helps operate a 50-room, family-owned hotel in Miami.

Shortly after the girls were born, pediatric ophthalmologist Dr. Audina Berrocal informed Diaz and her husband, Walter, that all three babies had ROP.

“It was surreal that this was my new life — having three kids with possible vision impairment,” says Shirley Diaz, now 50. “And I still didn’t know for many years how bad it was; how they would be affected by it.”

What is retinopathy of prematurity?

Retinopathy of prematurity affects premature, low-birthweight infants, according to the American Society of Retina Specialists. 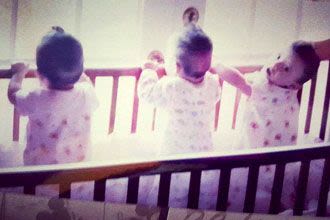 ROP occurs when premature birth disrupts the development of normal blood vessels in a baby’s retina, the light-converting tissue at the back of the eye that sends visual images to the brain. The disease sets off abnormal growth of retinal blood vessels — including leaking, bleeding and scarring — and can lead to retinal detachment, vision loss and blindness.

“Think of your child’s eyes as a camera,” Boston Children’s Hospital suggests.

The front of the eye has the lens, which focuses on an image, and the pupil, which works like a camera shutter to control how much light enters the eye.

At the back of the eye is the retina: Like film in the camera, this layer of nerve tissue is necessary to record the information that’s coming in and allow the brain to “develop it” into an image.

The Mayo Clinic says ROP typically affects infants born before the 31st week of pregnancy who weigh 2.75 pounds or less at birth (a full-term pregnancy usually lasts 38 to 42 weeks).

In most cases, ROP resolves itself without treatment and without damage, but advanced ROP can produce permanent vision problems or blindness.

Each year in the U.S., about 14,000 to 16,000 premature infants are born with ROP, mostly to a mild or moderate degree, according to the National Eye Institute.

“Since the exact cause of retinopathy of prematurity isn’t known, the best prevention is prenatal care to reduce the likelihood of premature birth,” Boston Children’s Hospital says.

SEE RELATED: How pregnancy can affect your vision 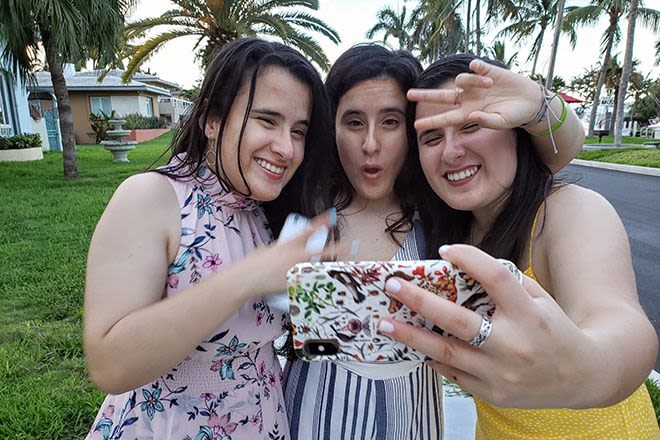 The Diaz triplets have been cared for since birth by Berrocal, who practices at the Bascom Palmer Eye Institute at the University of Miami Health System. Berrocal, a board member of the American Society of Retina Specialists, counts ROP among her medical specialties.

When the Diaz triplets were still in the NICU at Jackson Memorial Hospital, Berrocal performed laser surgery to treat their ROP. The goal of the laser treatment is to prevent further leakage or bleeding from the retinal vessels.

While it is the most common treatment for advanced cases of the disease, Berrocal says laser therapy for infants with ROP can harm their peripheral vision.

Today, many specialists like Berrocal inject drugs in the eyes of patients who have severe ROP to enable normal growth of the retina, avoiding damage to peripheral vision and paving the way for regular development of eyesight.

The Diaz girls, thanks to their ROP treatment, have functional vision. Now in the 11th grade, the triplets need to wear heavy-duty prescription eyeglasses or contact lenses to see well, particularly up-close, but their mother says they are thriving.

All three excel in school, and all three are “artsy.” Francesca loves to sing, Gabrielle plays the French horn and Madison aspires to become a theatrical stage manager.

Little Jack and his ROP

As “This Is Us” fans have seen in a flash-forward sequence, Toby and Kate’s son also copes well with ROP as he gets older.

“National recognition of this disease has been lacking. ‘This Is Us’ has given a national presence to this devastating yet treatable disease,” Berrocal says.

“Having this story told allows families with premature infants to feel that they have a voice across the nation,” she adds. "(We must) always remember that empowering parents with knowledge is key to their ability to advocate for their child.”